I found a used Eames Management Chair! These Soft Pad chairs were first introduced in 1969 and since they’ve been around for so long, used models pop up for sale pretty consistently. I had been watching Craigslist and eBay, but even the used chairs often go for $1000 or more.

Not long after I declared my search on Twitter, I scored one for a tenth of the new model price without going the knockoff route. YES! It’s the chair that I was considering when I wrote my last office post.

The problem? The reason it was so cheap? It’s from 1984, and the fabric makes that very obvious. 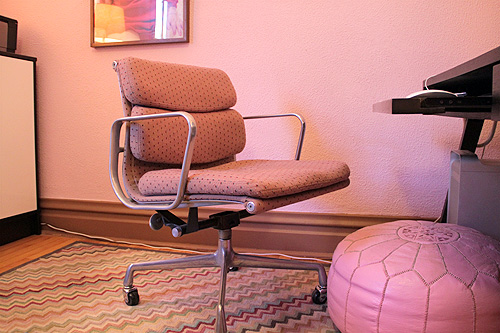 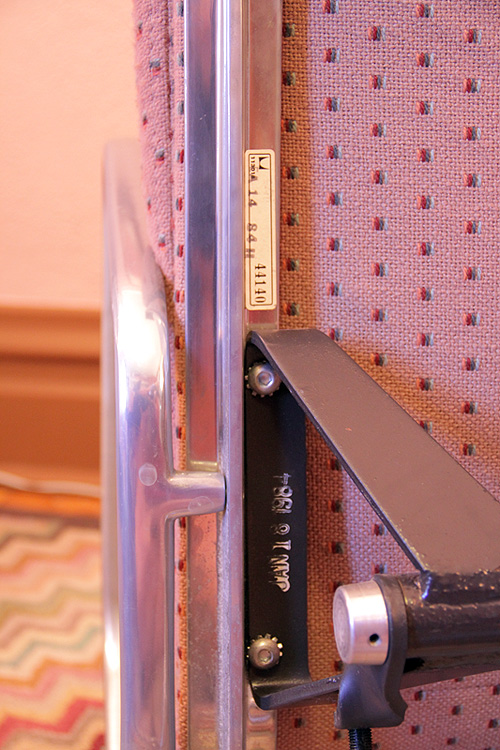 The good news though is that it’s comfortable. More comfortable than my previous chair, even though it’s nearly 30 years old. It’s in great condition too. And hey, it’s pink! Not a great pink, but still… leave it to me to find a pink one. I’m in the process of gathering quotes for a reupholstery job, but I can live with it as-is for a while if I need to.

I love it. Brandon doesn’t see it. “It’s not even well-designed!” he says. Psshaw.

The Lily Mirror is Here