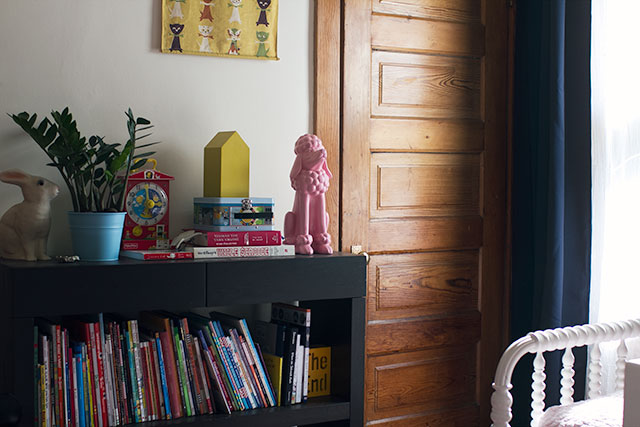 I haven’t chosen a paint color for Eleanor’s room yet, because I’ve been focused on getting the fabrics right first. It may have actually looked a little more cohesive before than it does now, because I had initially just carried everything over from the old house. Now that I’m making some changes and adding in a new color (dark blue, Eleanor’s favorite), the room has hit that in-between stage where nothing has come together completely yet.

A couple of weeks ago: 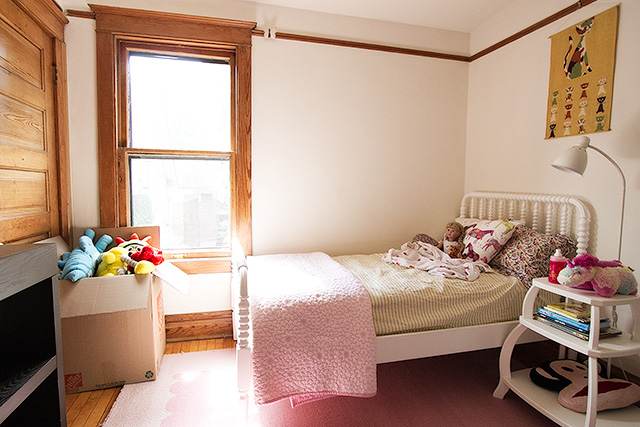 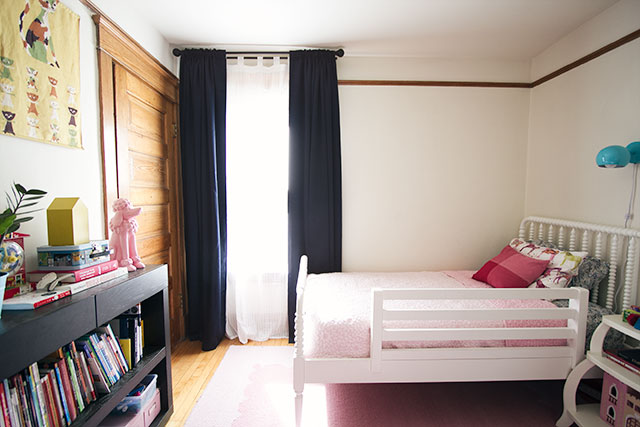 * Edit: Read the comments for an explanation of why I covered the window like I did. *

I wanted brass double curtain rods for her room, to match the metal finishes throughout the house. The ones that I liked were going to be $600 for two windows though, so I ordered these instead, in black. I’m still planning to sew pom pom trim along the curtains, but I was waiting to see how I liked the curtains first, in case I was going to return them. 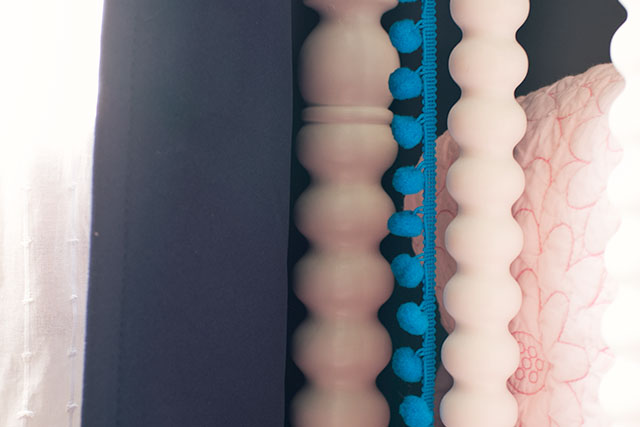 I prefer the quality of PB Teen’s textured curtains, but four curtains would cost $400 for her two windows, versus $80 total for the dark blue curtains from IKEA. The difference isn’t so noticeable in pictures, but in real life, the cheaper curtains feel like an old ’70s leisure suit! They may not be my favorite option, but they look fine on the windows. The trim will make them a little more special, and they’ll be great for blocking the light and for draft/temperature control. Those sheers are also from IKEA, but I’m not a fan of the tab tops. Some modification may be needed there as well.

And now… time to paint! Huzzah! Eleanor wants dark blue walls, like the curtains. DARK. Part of me thinks it may be too much, but it’s her favorite color, and it’s just paint. Why not let the girl have what she wants? I’m going to show her some options for the walls (in Photoshop, so she can see what they’ll actually look like), and we’ll see what she goes for. 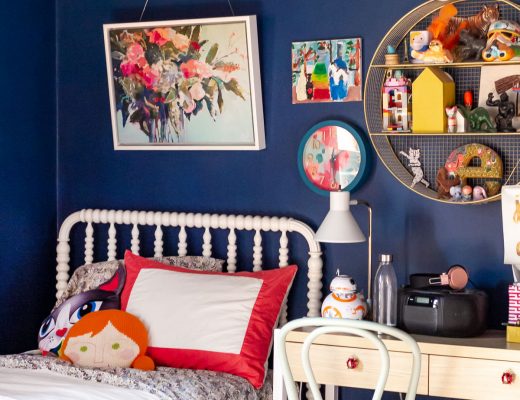 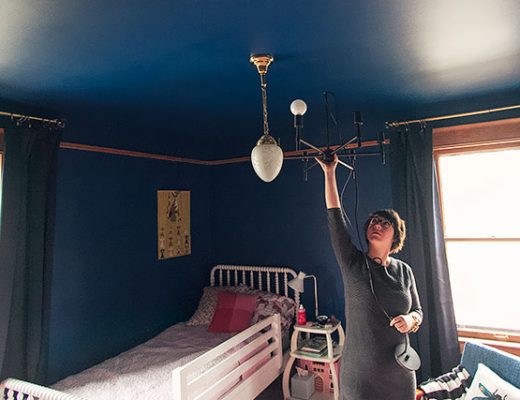 Which Chandelier for Eleanor’s Room?

A New Year, A New Decade