Getting the Closet Back in Order 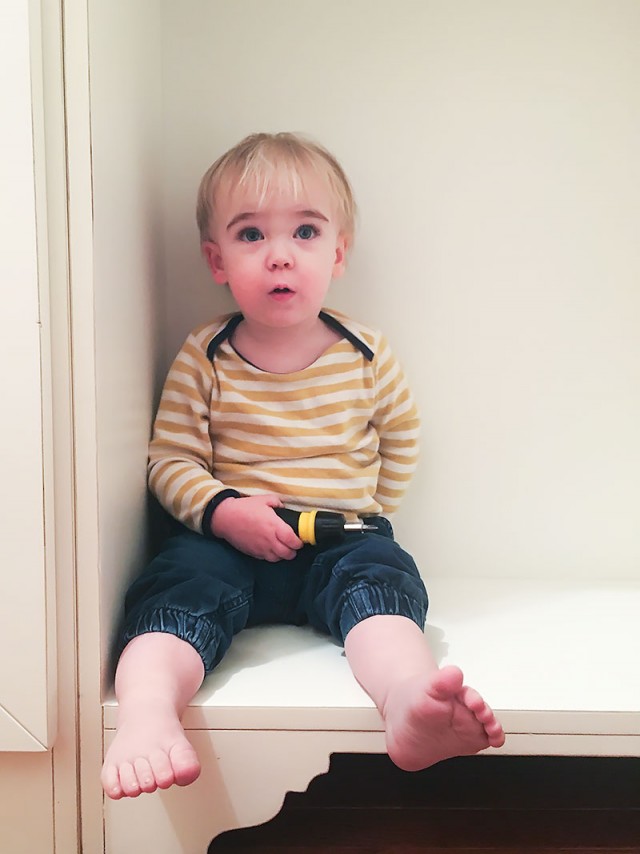 Here’s the work that has been done in the closet since I last shared my ‘to do’ list.

I also need to hang shelves; I forgot to include that in my original list. I’ve ordered a cabinet organizer that will hopefully work for the “storage near the sink” and I’ve started putting things away and zhushing, though I still have more to do. 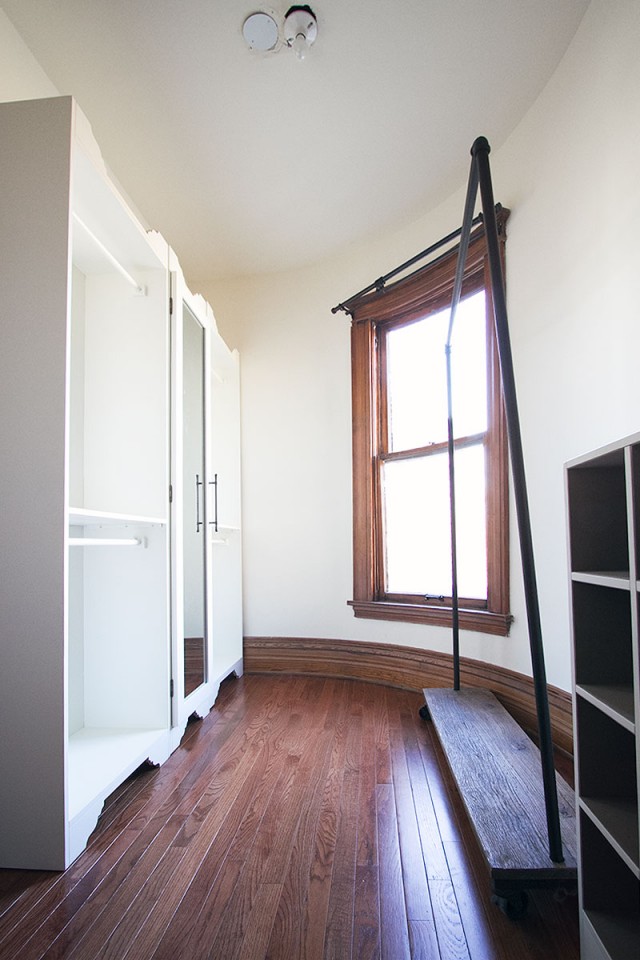 I replaced the sconce above the sink with a similar fixture. I wanted something that felt appropriate for the house — nothing to modern, though I do love a lot of modern sconces. It’s polished, unlacquered brass with a milk glass half-dome shade and all of the wires in the fixture and the wall are from this century. Exciting! 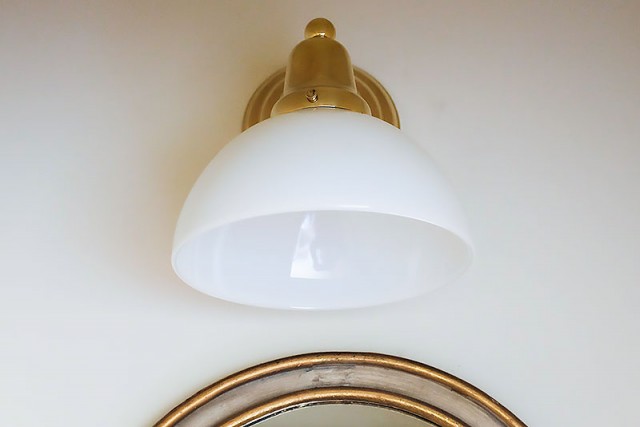 I also hung one of the lights from downstairs. The scale of it is all wrong and it makes the closet glow pink, but it will buy me some time until I find the perfect replacement. I hadn’t planned on ordering a new light, but when I had to go with a medallion to cover an access plate from the electricians’ rewiring, the antique flushmount I had planned on reusing no longer fit. (You can see the new and old sconces below too. Very similar.) 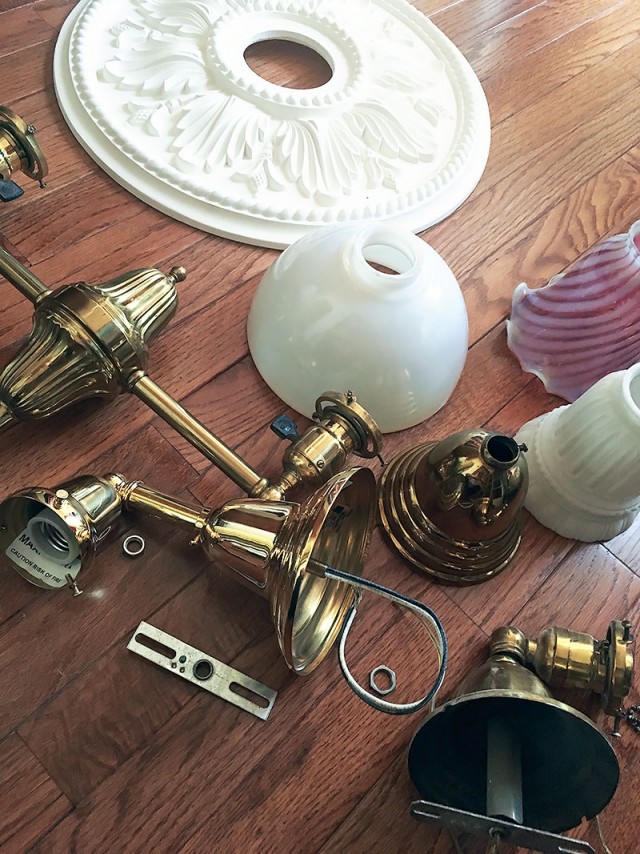 Once I have a new light, I’ll secure the ceiling medallion a little better. The fixture now is hanging from an antique cross bar that I repurposed from elsewhere in the house, and it’s slightly off center. I didn’t want to sink the screws, caulk, and paint the medallion now, only to have a replacement fixture end up looking askew after hanging it with different hardware. Everything I like though seems to have long lead times (6 weeks, on average), so this will do for a while.

I ordered hooks two weeks ago, but they haven’t shipped yet. My shelf brackets haven’t come yet either. I did install the closet system though (c/o Ballard Designs), anchoring it to the wall and getting the front nice and even. It involved removing the closet’s base shoe molding with a pry bar, a lot of pushing and pulling to align the units, finding studs and drilling and what-not, and the artful use of shims. Lots and lots of shims. 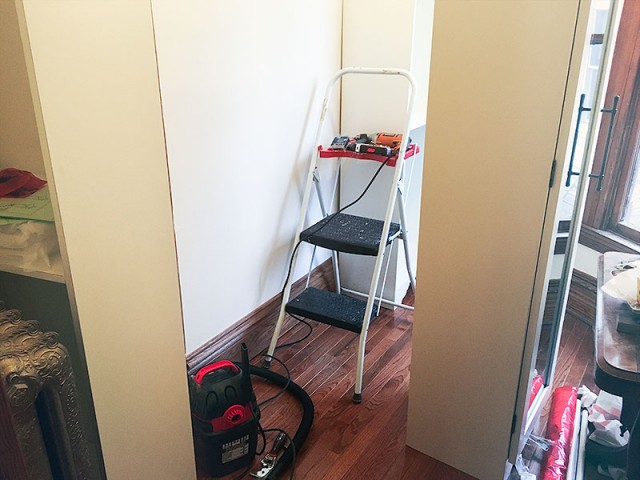 In related news, I need perhaps something besides a giant contractor grade drill? Why did I choose this thing? It’s powerful, but overkill for most projects. 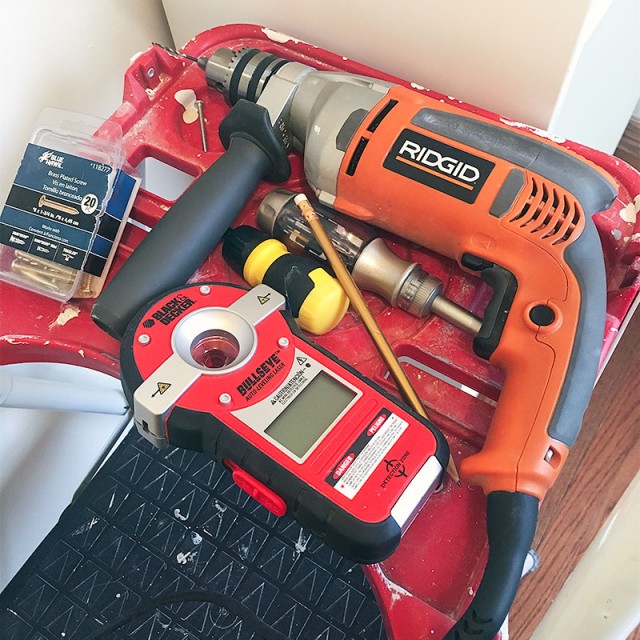 I also anchored my garment rack to the wall. This is the one I already had — the one that broke. I was able to fix it but the pipe is bent and wobbly, so what I lose in mobility by anchoring it, I gain in safety. I can’t chance it falling over on one of the kids. 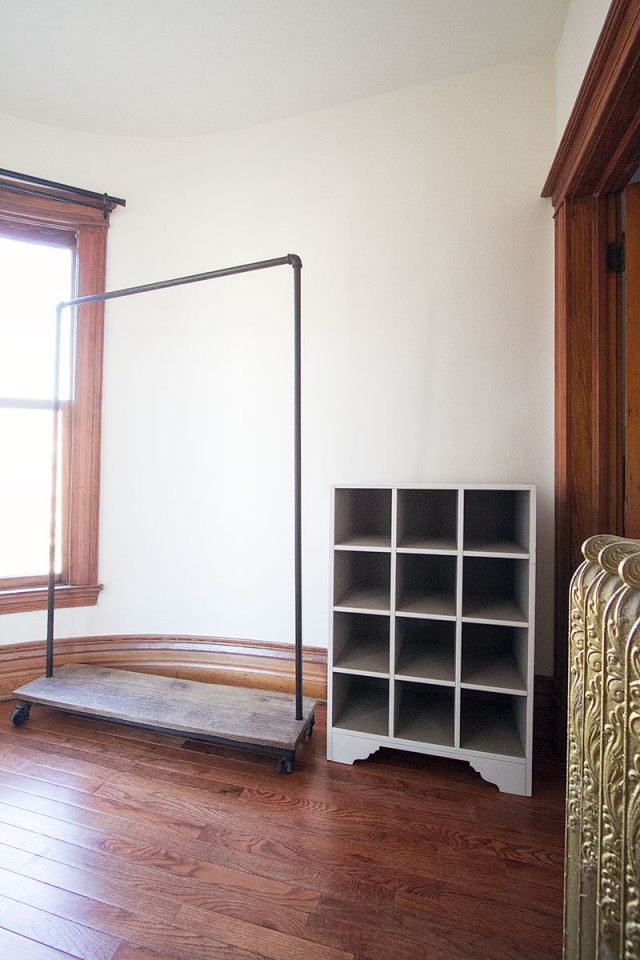 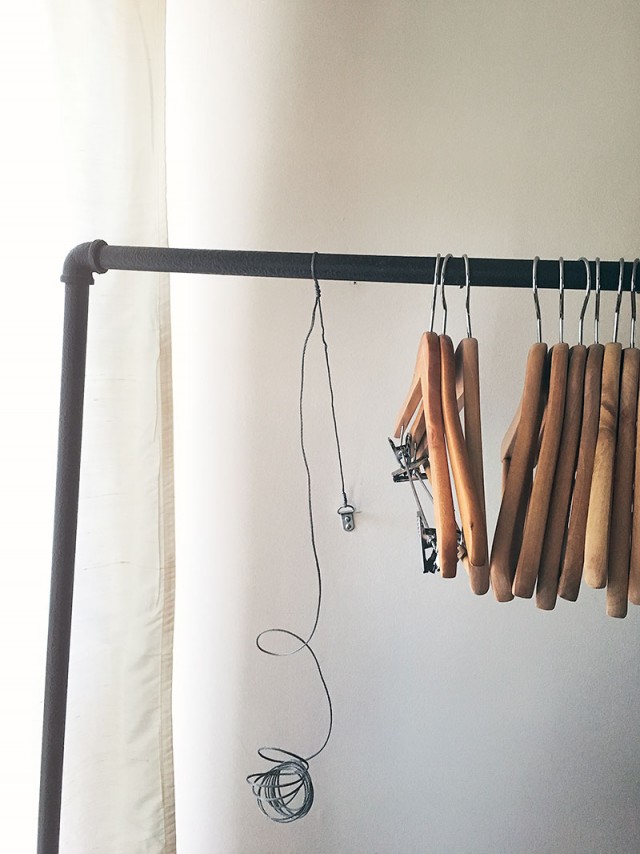 I used parts from a mirror hanging kit and screwed one of its D-rings to a wall stud. I started out by going perpendicular from the rack, but it was visible and kind of ugly, so I redid it, going at an angle that would be hidden by the hangers. I trimmed the wire, of course.

I’m waiting on the hooks and brackets to arrive, and a few other finishing pieces. Almost there! Eleanor was watching me load the closet up. She asked what I was doing, and I told her I was getting the closet back in order so I can get the bedroom back together too. “I like making it look nice,” I told her. Her response: “You mean you like making it LOVELY.” 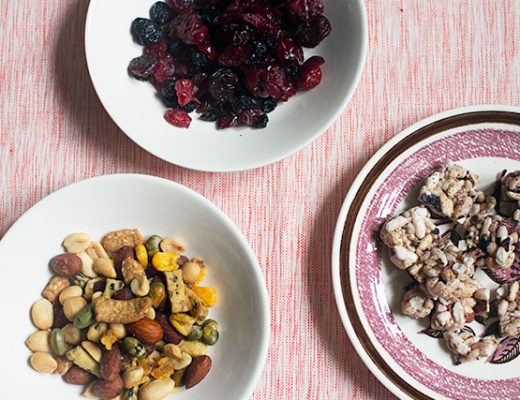 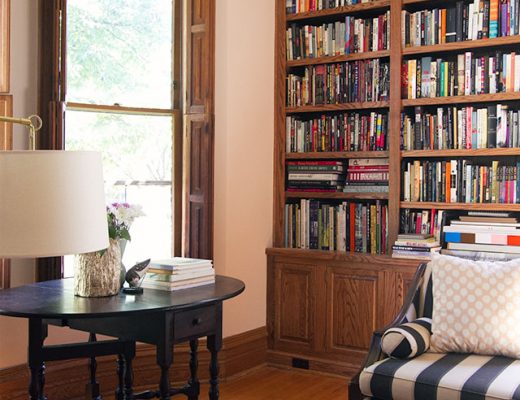 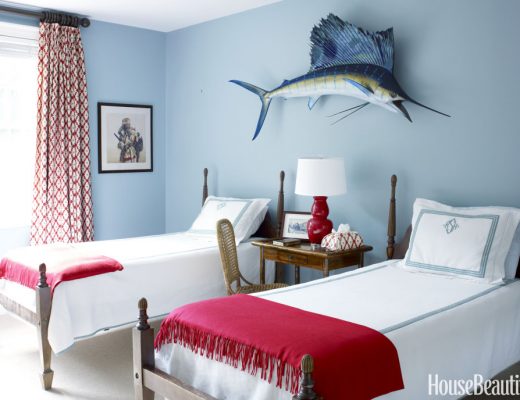 August 7, 2017
Previous Post The Best Pink Lighting
Next Post The #LoveYourThings Shoot with Scotchgard Brand at the Randolph Street Market