We may be buying an Eames rocker for the living room!

Well, technically, it would be a “fiberglass shell chair” from Modernica. It’s an Eames rocker without the Eames license (though I’d argue that they’re just as authentic if not more so). Now I’m trying to decide on a color… hmmm.

Natural is nice, but so is white. Mustard looks yummy, but I’m afraid I’ll tire of it and it may not look right with the yellow curtains we already have. I thought the pink was too vivid, but it’s beautiful in this photo from Rachel’s House Tour on Apartment Therapy. 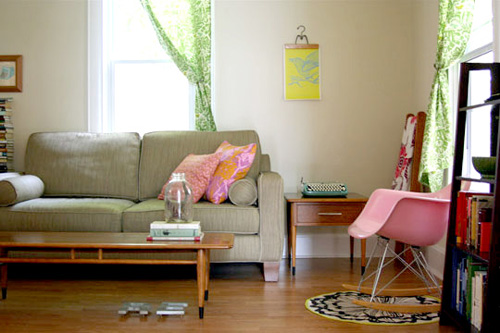 I’m wondering if the pink might be too much in my living room though, since we do already have pale pink walls and a pink zigzag rug. I think I love it in Rachel’s home because it’s an isolated spot of color. 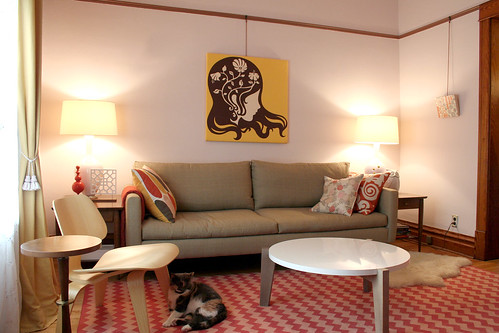 I would put the rocker near the window and the Eames LCW that’s there now would be relocated to another room.

Another thing to keep in mind is that there is a sort of an Eames/Nelson knockoff chair (from IKEA) in Brandon’s office that’s right off the living room. 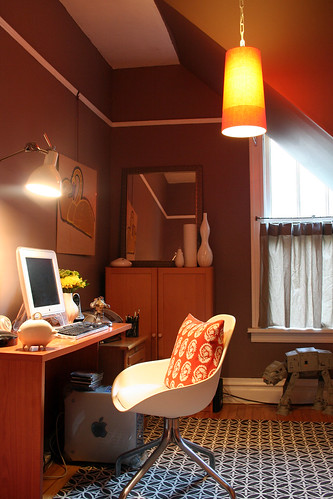 Would it be strange to see the real thing and a modified version in such proximity? Especially if both chairs were the same color? 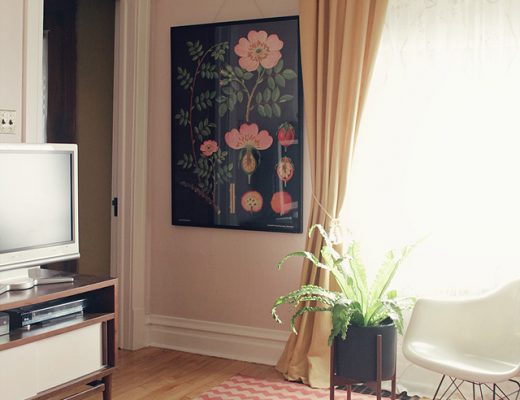 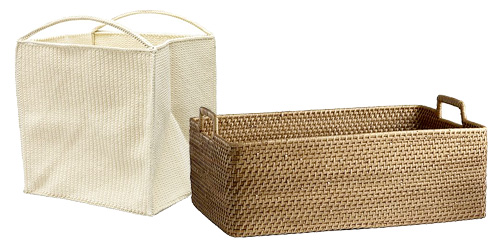