The nursery has very strange little alcoves at each end. One side is setup as a closet, but the other side is just open. It looked like this when we moved in: 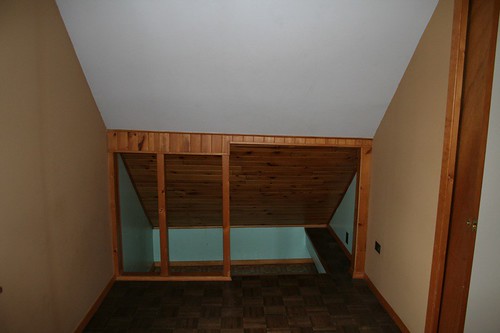 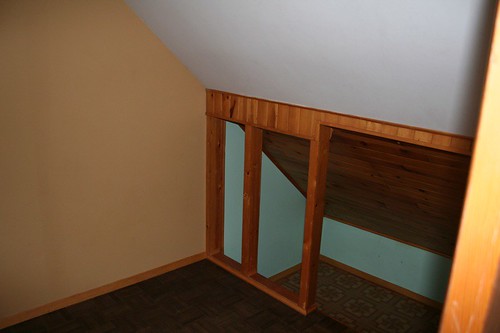 I had painted the woodwork white and sewn white curtains to close the space off when we had the room setup as a guest room. It looked much better, but there was still no purpose. 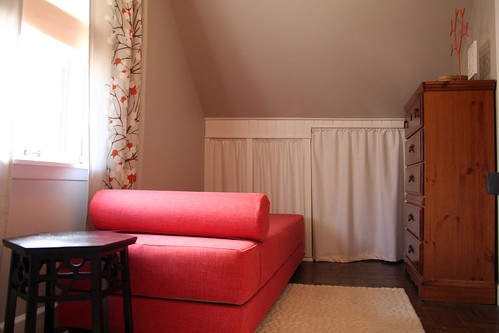 When we talked to the girl that grew up in this house, she mentioned that she had kept her bed down there. We thought that was a good idea for a kid’s room (what kid doesn’t like sleeping in a fort?), but we still wouldn’t be able to use it for several years. Then I started thinking about how well the TROFAST system from IKEA would fit, and I realized that the area would be great for toy storage. 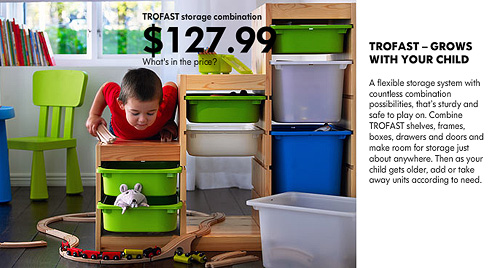 I was lucky enough to have a toy closet as a kid for a few years, and I remember spending hours in there playing. It would get hot and stuffy, but I didn’t care because it was my secret little world. 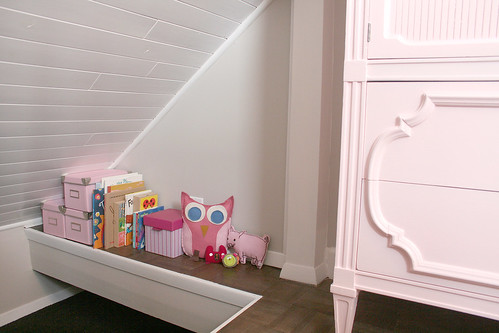 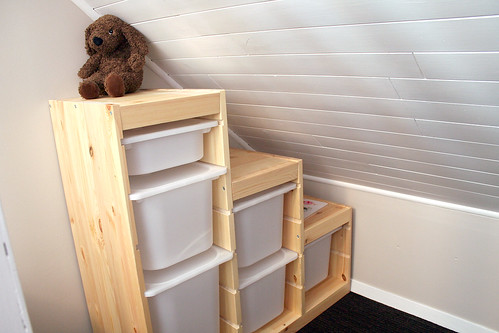 I carpeted with FLOR tiles, but I could see adding a fluffy little rug and a bean bag chair down there for comfort. I had planned to close off the left half of the opening and build shallow shelves for books, similar to the Catalina Magazine Rack. 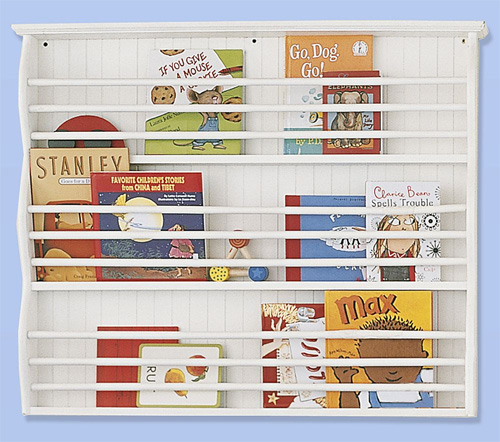 Now that we’ve built the crib though, it blocks that whole side. Maybe we should still do it and just leave the shelves empty for now? 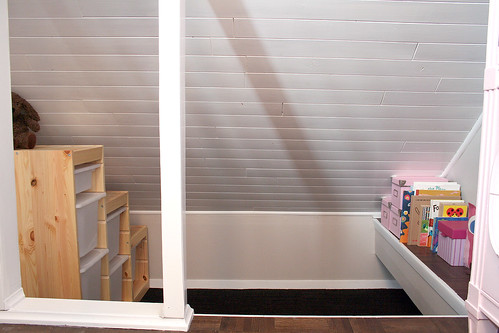 I know we won’t be able to use it much at first and we’ll have to put up a child safety gate, but I hope our daughter will eventually love her little play area.