The Tote Bag I Designed for West Elm

I worked for west elm, briefly, when they opened their first retail location nearly ten years ago. I remember being so excited that my favorite catalog was finally opening a brick-and-mortar location, and that it was going to be right over in Oak Brook! I had left my full-time job at the bookstore that summer, so I applied to earn a little extra money there during the holiday season while I continued my other part-time job and tried to make a go of my stationery business. Now, as they were moving from their original Oak Brook location on 22nd, into a new space in Oakbrook Center, I was working for them again. This time, drawing and designing a tote bag to be given away for the grand opening. 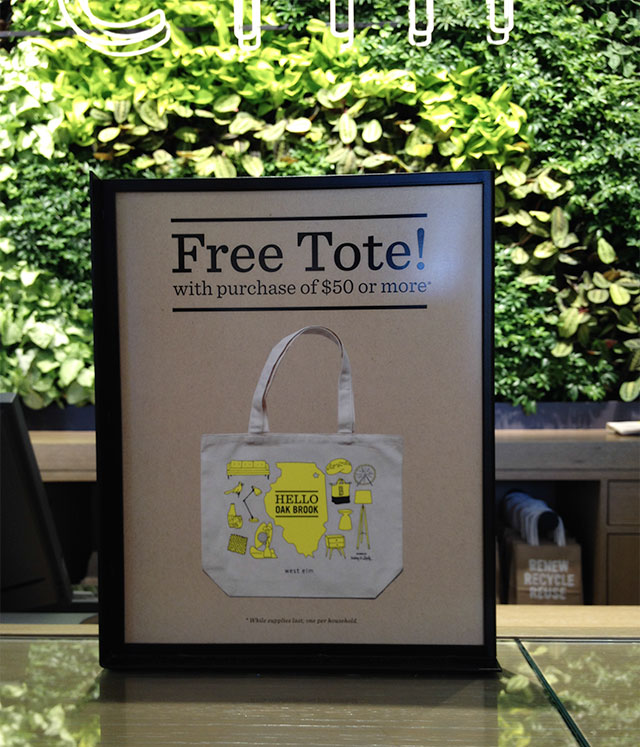 I sometimes think of the digital mood boards and room designs that I create in Photoshop as my version of window shopping. Way back though, before this blog, I used to sketch rooms, furniture, and clothes that I liked on paper. Doing this illustration project for west elm was a lot of fun, because it tapped into that old practice. I drew ten or so of my favorite products from west elm, and then another ten local landmarks, first in pencil and then outlined with a Micron pen. Then I scanned my drawings, cleaned them up in Photoshop and vectorized them in Illustrator, and then added color. I also played around with the layout, choosing my favorite illustrations and constraining them to the proper size. 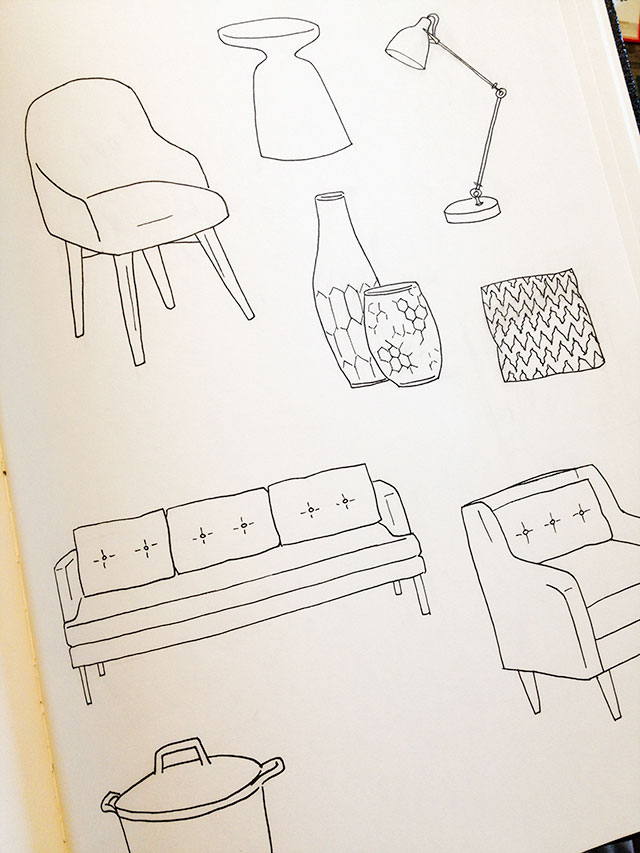 The people at west elm that I’d been speaking to as I worked on the project were not from the area. They had initially requested images that say “Oak Brook” so… the McDonald’s headquarters and Oakbrook Center? Right. If you’re wondering why the tote is more Illinois and Chicago-themed, there you go. We expanded the range. 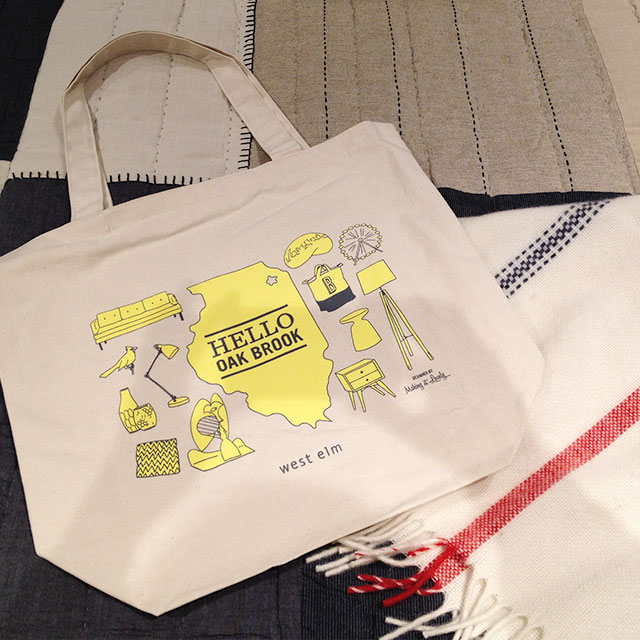 I visited the new store, which just opened today, and it’s gorgeous. I’m so honored to have had this opportunity to work with them again, in such a fun way! Thanks, west elm. 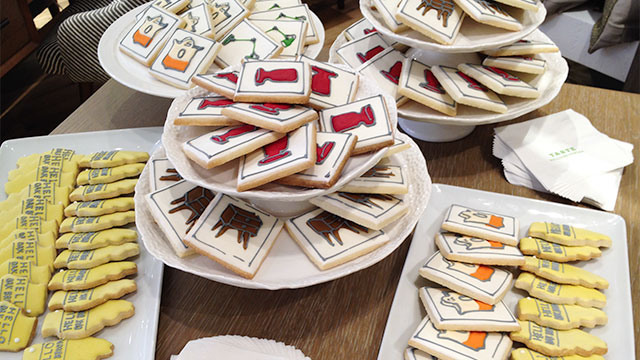 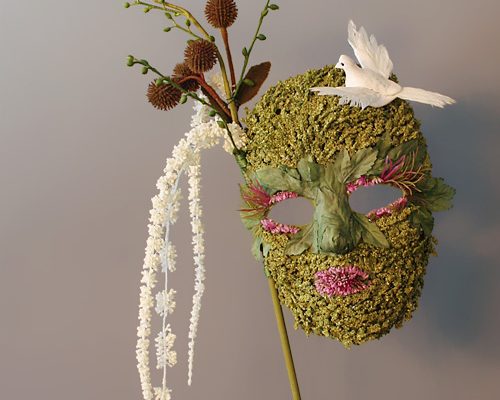