We’ve had some phone and internet issues, but they’ve been resolved so it’s back to work for me! I’ve setup my desk and painted the office already. It’s nice to have at least one semi-finished space in the house. Especially since I spend so much time at my desk. 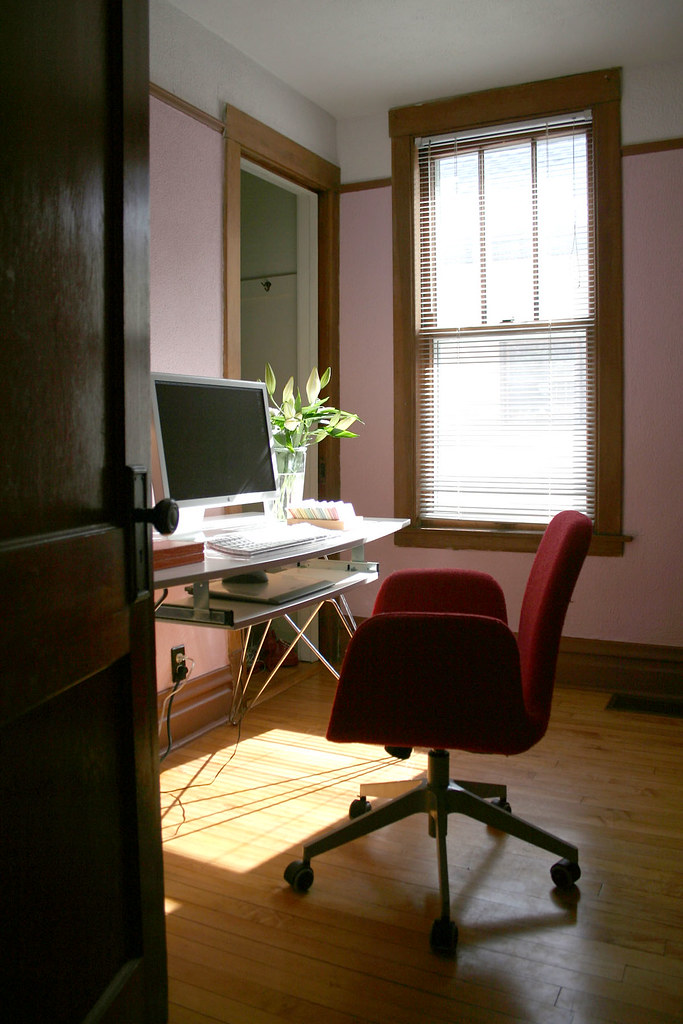 The office is definitely not finshed, but it’s not horrible either. The closet has no door, and the blinds on the window are not my cup of tea. Oh, and the other side of the room looks like this. Messy!

Did I do the right thing by only bringing the pink up to the picture rail? I’m not really sure. The color I chose for the top of the room and the ceiling was “oyster” by Benjamin Moore. I thought it was a gorgeous grey/lavender, but it just looks white. Oh well – at least it picks up on the white of my desk and bookshelf. And it’s certainly an improvement over the original state of the room. It was peach before (yuck). Here’s a reminder: 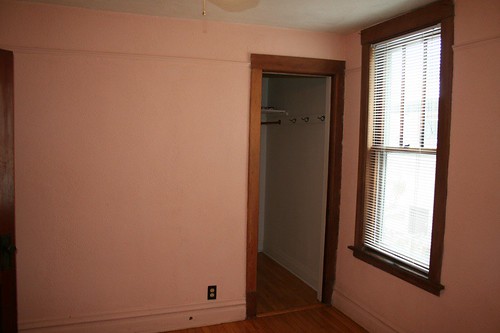 Oddly, the baseboard and picture rail were painted the same peach. I guess I can see blending in the picture rail, but the baseboard too? The trim around the doors and the window were still wood. I ended up matching the brown in the wood trim as closely as possible and painting over the peach. I suppose the correct thing to do would have been to strip off the paint and then stain. I could still do that at some point in the future though (if I decide to). For now, there’s enough work to do in the house without adding ‘paint stripping’ to the list. 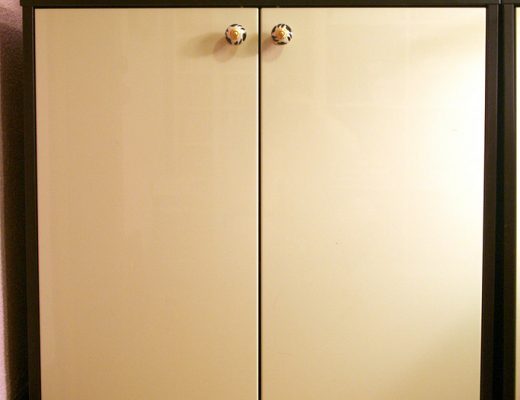