I started setting up the dining room, now that all of the kitchen stuff is out of there. I’m most excited (and most daunted) by the built in buffet. 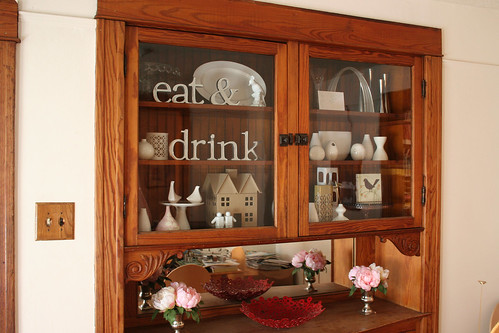 Many of you already know that I have a kajilion white vases (some of you have been asking where they are!). I haven’t really found a good place to put them in the house. I had used our low bookshelves in the old apartment like a mantle, but now those are in Brandon’s office. 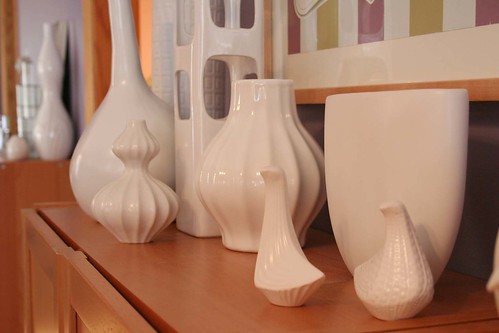 in the old apartment

Well, I thought I may as well try to make them work in the dining room. I couldn’t use the really tall vases, but I was able to fit most of the smaller ones in. I have to be honest though – I’m not crazy about the whole look. I like the mix of sizes that I used to have going on, but now with just the smaller pieces it seems a bit meh. Plus I can’t decide if the look is charmingly eclectic, or just cluttered. I love everything in there, but I’m leaning towards cluttered. 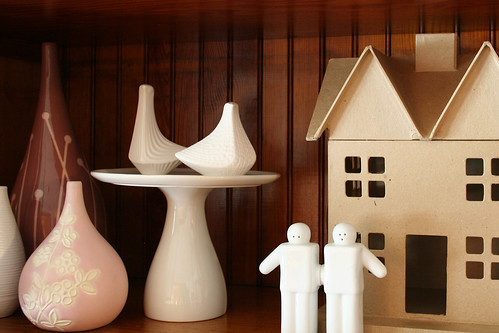 My other thought was to maybe just embrace the mish-mash of items and keep going with it. Throw in some more pattern, make a paper garland to hang from the shelves, add a bunch of little felt pom-pons… my crafty nature is showing! I do like the idea, but maybe not for my own home. 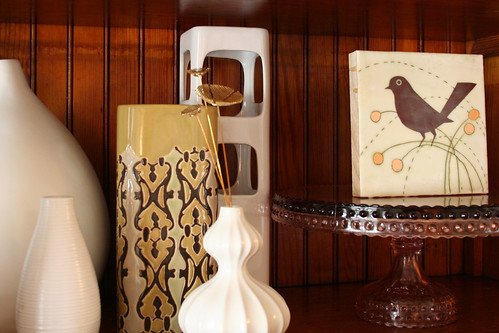 I will be putting up wallpaper in the dining room eventually, so I like the idea of having all of the pattern on the walls and keeping the display simple and mostly white. Something is also really appealing about just having plates in there. It would be so much cleaner, visually. Er, then again… sometimes more is more.

See? I’m flip-flopping. I’ll live with it for a while – It’s easy enough to change around. 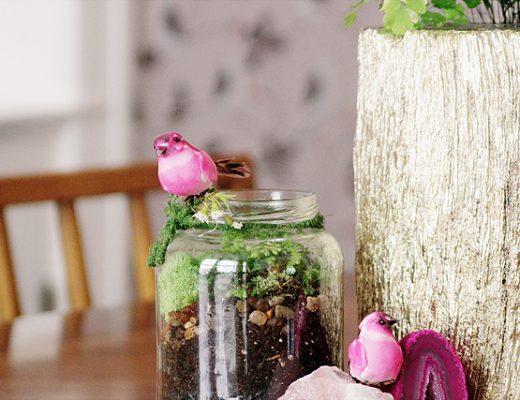 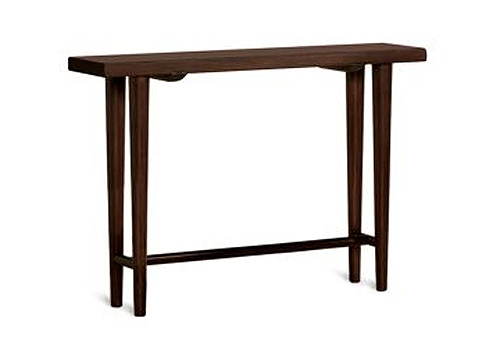