These are my latest ideas… 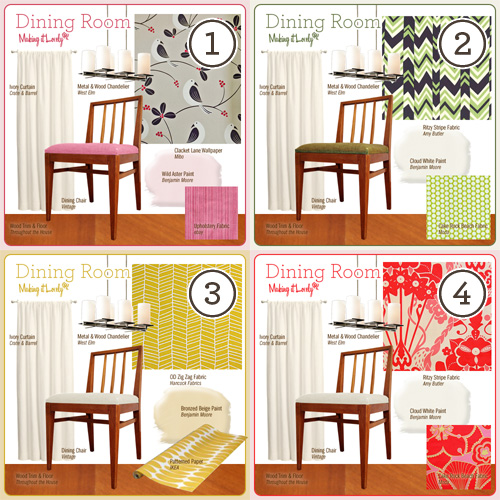 The constants throughout all four designs are the ivory curtains (from Crate & Barrel, now discontinued), the lighting fixture (from west elm), the dining table and chairs (vintage, from Jubilee Furniture), and the wood trim and floors in our home. Also, I may edge the curtains with a coordinating solid to pick up on the other elements in each design. 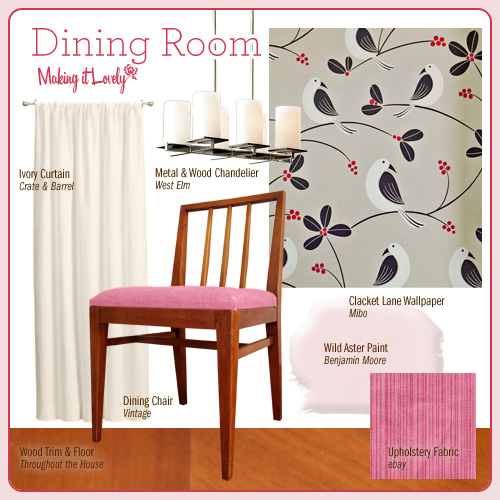 This is the only one of the four designs that includes wallpaper. In fact, it’s one of the wallpapers I was originally considering, way back in January of last year. That’s a good sign, right? The berries in the wallpaper are raspberry colored, so I’d be able to play off of that a little. The chairs would be upholstered in some pink fabric with a subtle striped texture that I bought on ebay. The ceiling and the wall area above the picture rail would be Benjamin Moore’s “Wild Aster”, which is the same color that’s in the living room. 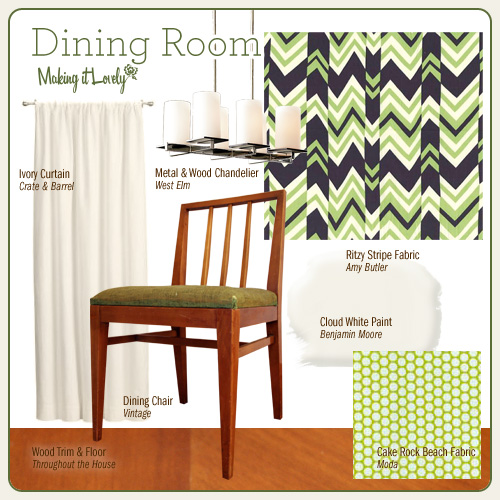 This one has the ritzy stripe fabric that some of you liked and some of you didn’t. That would be on the chairs, and Moda’s Cake Rock Beach (in Leaf Honeycomb) would line back of the hutch. The walls (and probably the ceiling too) would be a simple creamy white. 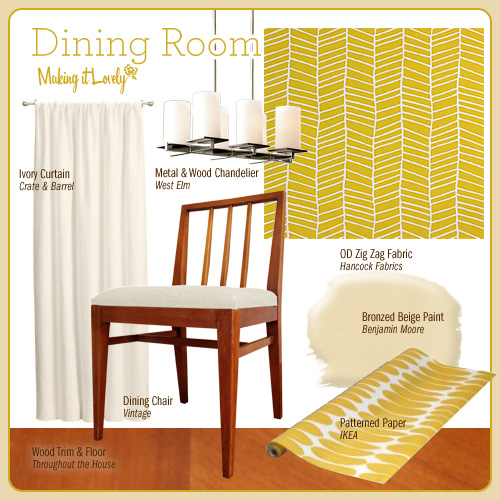 If I go with number three, I’d probably repaint the kitchen. There would be too much yellow in the house otherwise! That’s not a deterrent though – I don’t mind painting at all. The OD Zig Zag Fabric would be used to cover the chair seats, and a patterned paper tablecloth from IKEA would go in the hutch. 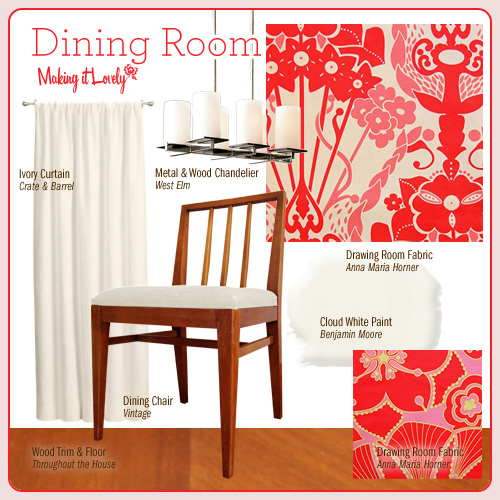 Both fabrics here are from Anna Maria Horner’s upcoming Drawing Room collection. The top one would be for the chairs and the bottom fabric would cover the back of the hutch. The main walls (up to the picture rail) would probably be creamy white, and the upper portion of the walls and the ceiling would be “Wild Aster” to tie in to the living room. 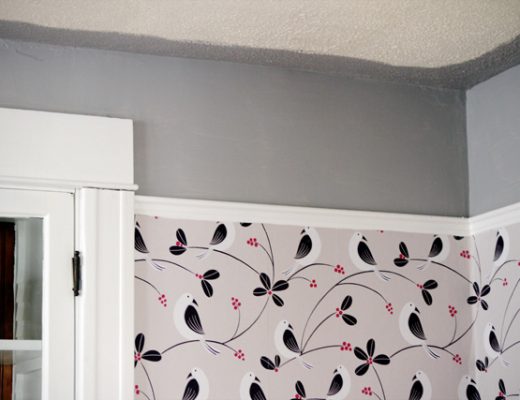 Brandon Must Really Love Me 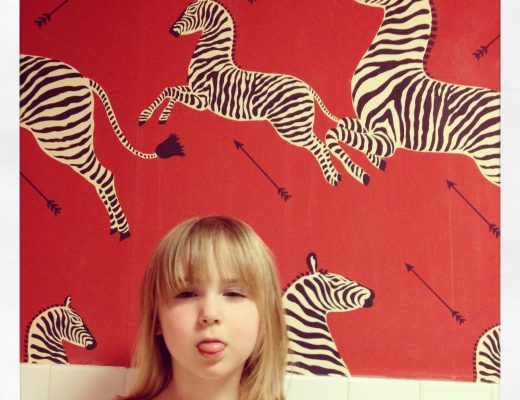 I’m hoping to have the bathroom walls all fixed

Down to two wallpaper contenders, and two tile col

I’ve been trying to find the right green/brown f