As my shop (Pink Loves Brown) has grown, so too has my need for more storage. The library’s alcove is right outside of my studio, so it’s a perfect place to store some of my inventory and supplies. 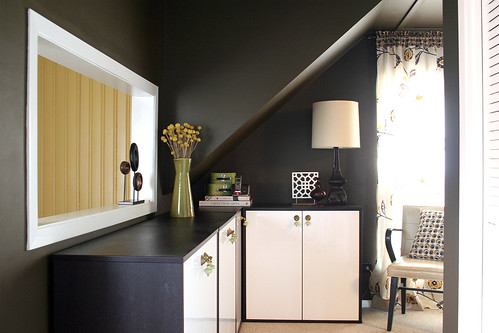 The alcove used to be more pared down and it looked nice, but it didn’t really serve any function. I put four bookshelves with doors together in an ‘L’ shape, and it’s a much better use of space. The unit in the corner is only half-accessible, but it’s working out just fine.

The knobs on the doors were from Anthropologie. I bought them when we moved in for my closet before we decided to use sliding doors, but they were so pretty that I decided keep them. I had never found the right spot for them until now.

Also, note that I finally found an Orla Kiely pitcher (that I’m using as a vase) in green! I thought it was going to be yellow from the photos I had seen, but the green is nice. 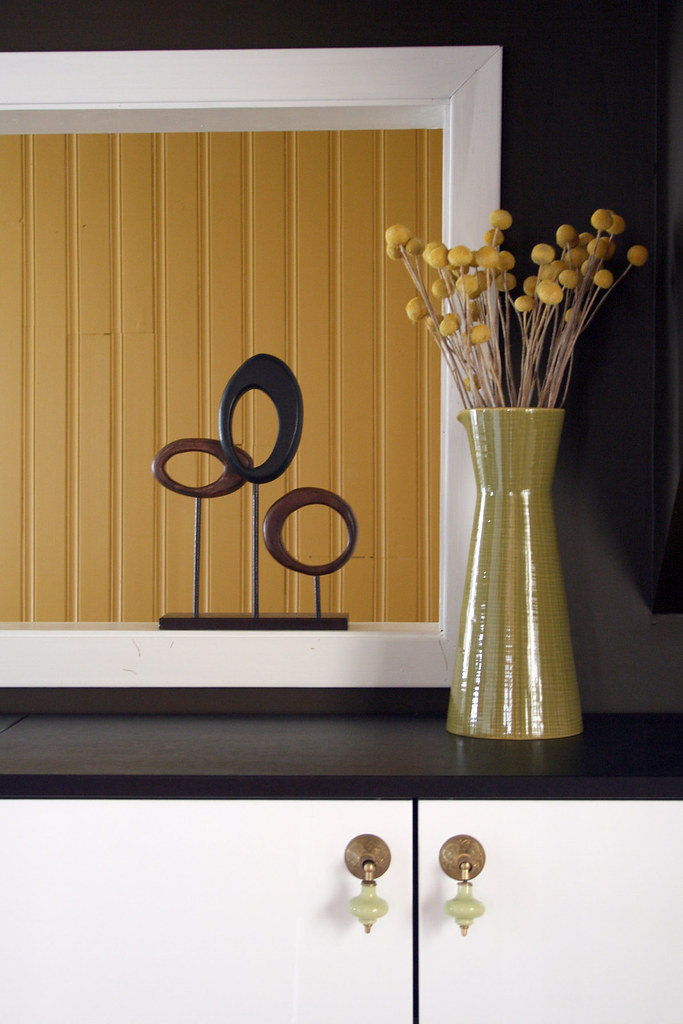 And because I know someone will ask if I don’t source them… Those are dried billy buttons in the vase. I bought two big bunches a while back, and they’re always showing up in various spots all around the house.

Butterflies in my Stomach