Eleanor’s wants and needs are pretty simple at this point. She likes nursing, being held and rocked, being sung to, and sleeping. She hates being put down, being awake for extended periods, and pooping. She’s not all that keen on stroller rides or baths either. 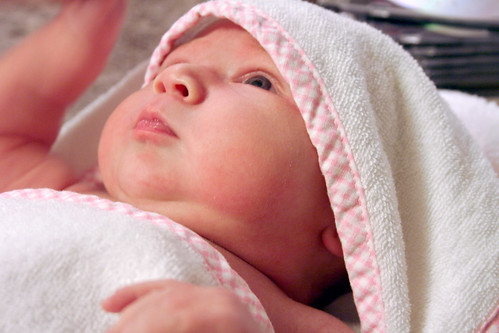 She has definitely been keeping us busy. I don’t know if she needs the warmth of being held or if she just likes hearing a heartbeat, but she never lets us put her down. I try to put her down in exactly the same position I had been holding her in, but she always wakes up within a few minutes. It’s easier to just hold her and let her sleep on us than to try and console her over and over as she becomes increasingly tired. 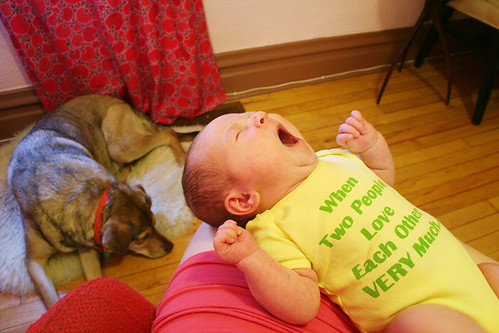 Adjusting to life with a baby has been fairly easy for me. She sleeps pretty well at night, waking to eat every few hours but falling back asleep right away. When she does wake for the day, she’s usually in a pretty good mood and I can set her in a bouncy seat while I take a shower, so we have a good little routine starting. And I haven’t experienced any of the ‘baby blues’ that I know are so common. Maybe I’m just lucky, but I’ve been so happy taking care of her.

The only difficulty I’ve had has been with breastfeeding. Nursing has definitely been a lot harder than I thought it would be and there have been days where I’ve almost wanted to quit. The latch-on is painful, causing me to cry along with Eleanor sometimes. I know that breastfeeding shouldn’t hurt, but for me it does. I’ve met with two lactation consultants (one in the hospital, one in my home), and both told me that I’m doing it correctly. The second LC did say that Eleanor has a high palate and that I may just have to wait for her to get a little bigger and “grow into her mouth”. I think the worst of the pain has passed, so I’m just going day by day and hoping things improve soon. 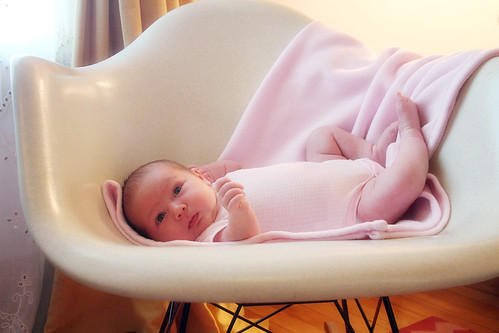 On a happier note, I want to start a little photo project with Eleanor. I want to take a picture of her each month either holding the same object or sitting in the same place (maybe the Eames rocker?). I think it will be great to look back at a collection of photos to see how she grows. :) 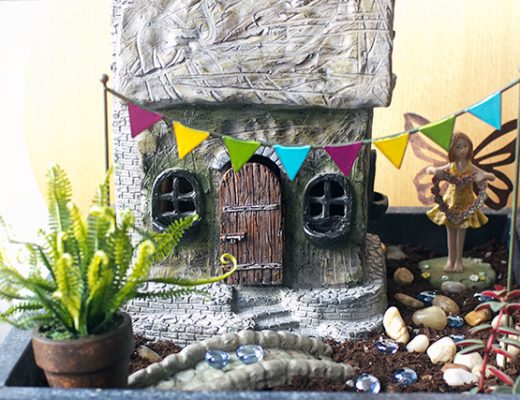 June 25, 2013
Previous Post How To Make a Hanging Divider
Next Post Up for the Challenge: Part Five