I decided to try out my idea of using the Silhouette SD to make a stencil for decorating brownies. It sounded so cute, and hey, if I happened to end up with a huge tray of brownies when I’m done then that’s just fine with me.

I used the classic brownies recipe from smitten kitchen. I usually go with Nigella’s recipe from How to Be a Domestic Goddess (my favorite baking cookbook), but I’m always open to trying a new one. The brownies were easy to make, and they smelled delicious while they were baking. 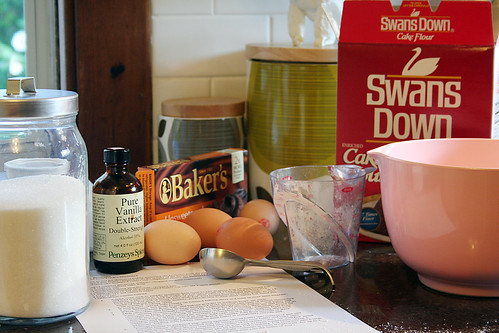 After taking the brownies out of the oven, I set them aside to cool while I made my stencil. I typed out “Nom Nom Nom Nom” (suggested via Twitter), and used Mister Sirloin Well for my font. Then I cut the letters out of card stock with my Silhouette SD. You could do it by hand too, but I’d suggest something shorter in big block letters, like “YUM”. 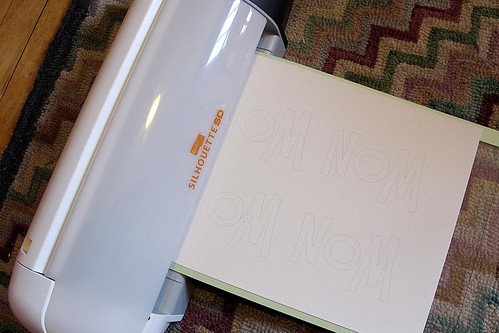 Once my brownies had cooled, I transferred them to a pretty tray (this one’s an old Thomas Paul design). Then I had to decide how to use my stencil. I think making the letters out of powdered sugar would have left a clearer design. 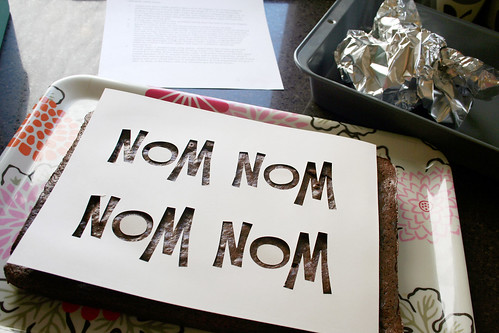 I decided to do the reverse though, so I could use more powdered sugar. 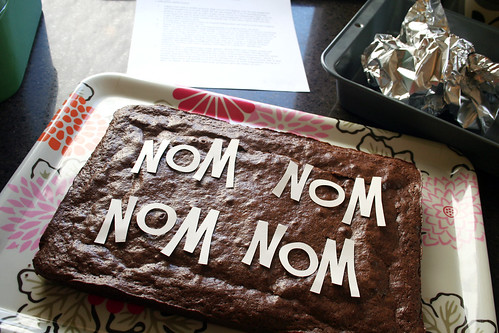 I didn’t have a fancy little sifter, so my application got a bit messy. It’s still pretty cute though! 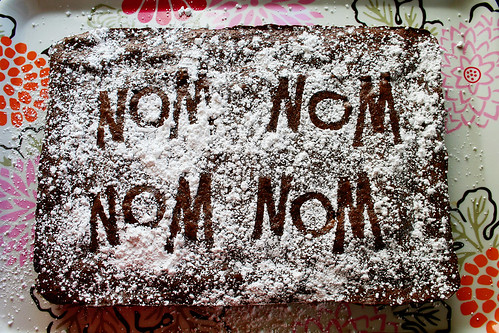 Mmmmm. Or should I say “nom nom nom nom”? I think all blog posts from here on out should be written while eating yummy homemade brownies. And that recipe? It’s a good one.

p.s. You can still enter the giveaway for a Silhouette SD by entering here. The contest is open until the 31st. 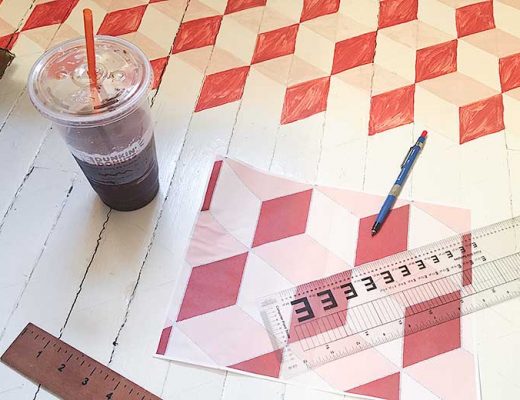