I had planned to do a straightforward recap of the Alt Summit, 2012. I’ve tried to sit down and write it all down for you, but I’m struggling. It isn’t because Alt wasn’t amazing (it was), or because I had a bad time (I had fun and learned a few things). I’m struggling because of some news that awaiting me upon my return. My last seven days have felt something like this: nervous, eager, reaffirmed, happy, delayed, scared, and finally, hopeful.

The usual thoughts ran through my head. Did I pack the right things? Was my panel prepared? Would my family fare well while I’m gone? Could I get through all of the work I needed to do, before I had to leave?

I had prepared as much as I was able, and it was time to go. I was on the very first panel at the first Alt Summit in 2010, and I watched the summit via twitter last year, sad to be missing out but too pregnant to travel. I was excited about going back again, and looking forward to it. This was going to be fun!

Alt came this year, for me, at the tail end of a lot of work. I’ve been doing more than ever, trying to juggle my blogging commitments with my family life, taking on too much at times, and having to put my head down and work. Being surrounded by my peers though, so many passionate, hard-working, and successful bloggers, reaffirmed that I’m heading in the right direction. I’m fortunate to have a job, unconventional as it is, doing something I love. I want to see Making it Lovely grow, and realize all of its potential. 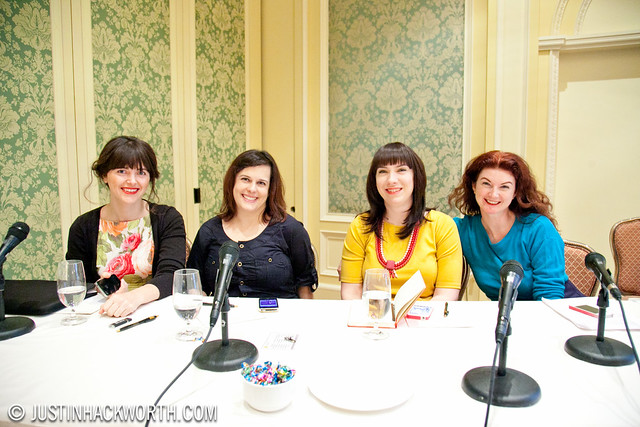 Jordan, Kelly, me, and Maggie spoke about Growing a Readership. I’ve put together a recap of the Twitter conversations that happened throughout our panel, which was one of the most well-attended! My weepiest moment of the day came as Ben, the co-founder of Pinterest, gave a particularly inspiring keynote and received a standing ovation. His infographic feels especially relevant right now. 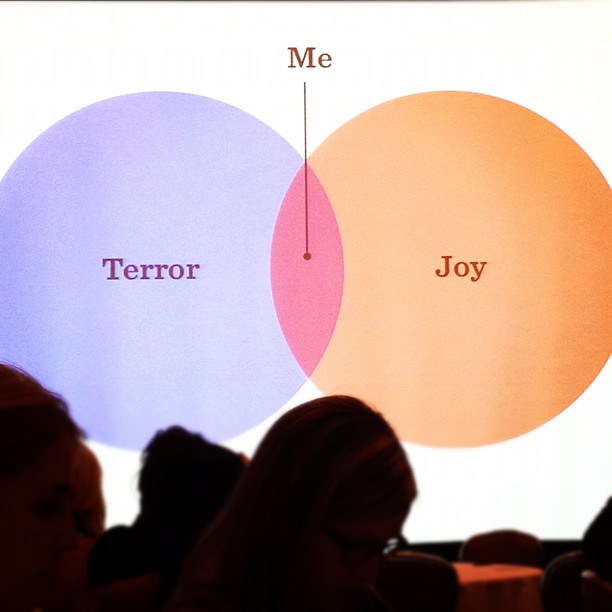 The entire conference was amazing; everything I’d hope it would be and more. Thank you to Gabby, Sarah, and Kate, and to all of the people who help make Alt the blogging event I most look forward to each year.

And homesick. De-icing the plane, flying against a strong headwind, and landing in an airport that was under construction all contributed to my plane landing two minutes after my connection left. I was placed on standby, with a confirmed seat on a plane for Monday afternoon. I spent the night in the hotel closest to the Pheonix airport.

The next day, while other passengers lost their tempers and berated airline employees, I was able to get a confirmed seat on a plane home in the late morning (it’s always better to be nice). We were delayed though, and spent an hour sitting on the runway before takeoff due to weather conditions back home. We were finally given the OK to fly into Chicago, and I arrived home approximately 25 hours after first leaving the hotel in Salt Lake City. I then picked up the kids and immediately turned around to go to my mom’s house because we were supposed to be there for a birthday party.

All of that made for a very long day, but it wasn’t the reason I was scared.

Brandon lost his job. He had found out on Thursday, but he waited to tell me until I had finally arrived home with the kids late Sunday night, after we had put them to bed.

Our dream has been to reach the point at which Brandon could leave his job. While we had assumed it would be in a planned, responsible way, we will have to embrace our new circumstances.

Do we go all-in on the blog? I’m not making enough to solely support my family, but we have to look at the numbers and see if I could get it there. How long would it take if we were devoting all of our time and energy to it? (Six months? A year? Longer?) Should we do something a little crazy, like buy a store? It has never been a goal of ours, but if you’re one that believes things happen for a reason, the universe seems to be aligning in that way. Or does Brandon look for another steady, 9-5 job? He has been the rock that has made it possible for me to get to the point I’m at today. While the benefits and stability that come along with traditional employment are reassuring (especially with a family and a mortgage), I’d love for him to be as fulfilled in his work as I am. These are all things that will be weighing heavily on us, and we need to figure out our next direction.

I’m hopeful. But I’m still scared, too, to be honest.

Pretty, but with Meaning