The Basement Studio and Playroom Plan

All right, I’ve decided on a rug. I had to turn to my good friend Photoshop to help me figure out which would be the best in the space, and this pink and white one looked best. I found it thanks to some of the comments on my post about the basement rug situation, so thanks for the recommendations! I also put a post together with a bunch of my favorite indoor/outdoor rugs over here. Check it out if you’re in the market. 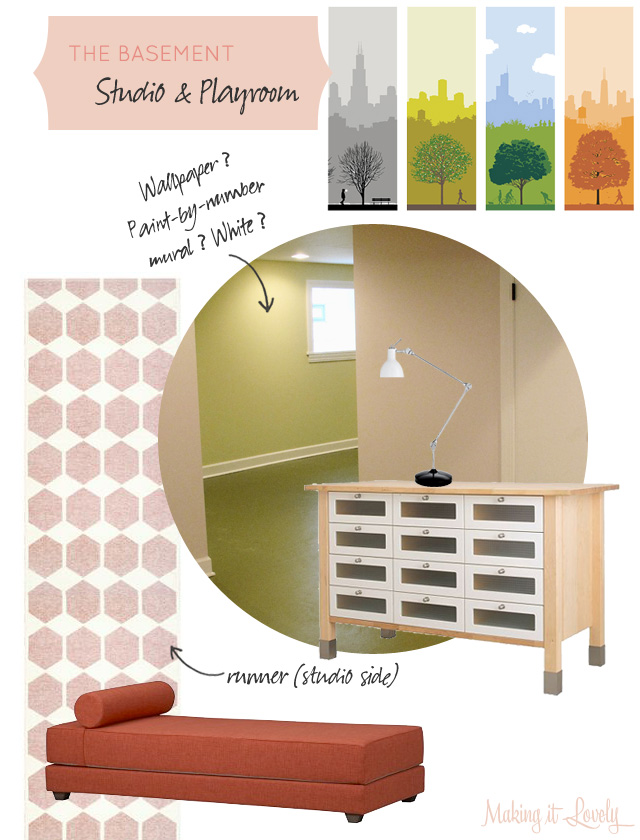 The värde was c/o IKEA, and we’ve had that orange daybed for years. It was originally in our short-lived guest room (now the nursery). It should be good on the playroom side of the basement, and I’m going to skip a rug on that side. Kathryn pointed out that her kids actually prefer a bare floor to slide around on, so we’re going to give it a go.

We’ve had the 4 Seasons in Chicago (first edition) print for a while now too. Brandon gave it to me as a gift, and I’m looking forward to having it up on the walls. And speaking of the walls… I’m rethinking that grellow color. I chose it thinking that the floor on that side would be offset by the black and white rug, taking up most of the space. now that it’s gone though, I’m not sure I like the way it’s looking. I’ve never painted a room white before, but might like it here. I’m still thinking about doing a paint-by-numbers wall mural too. How awesome would that be? 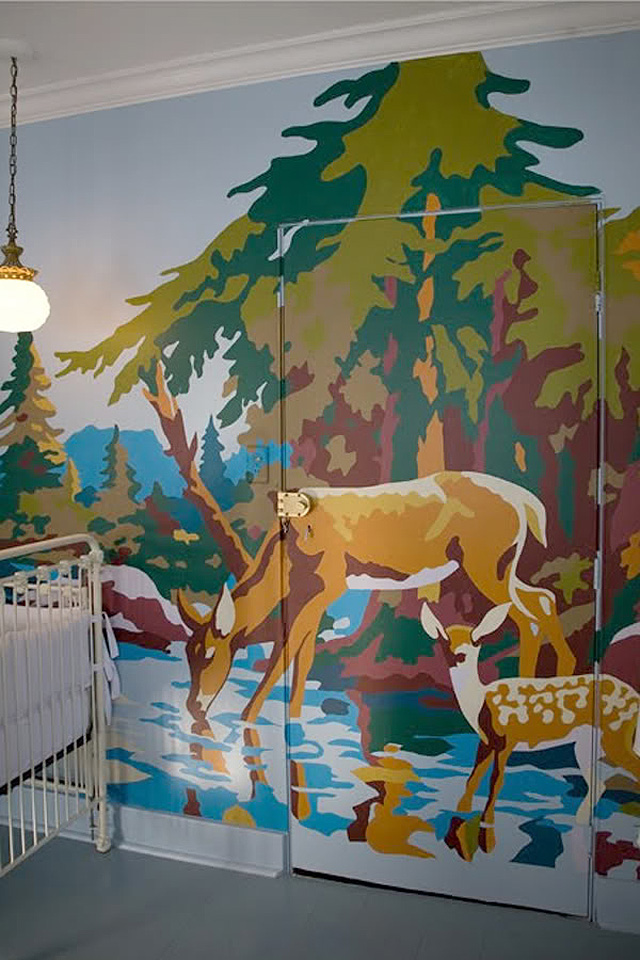 It’s kind of a commitment though, eh? And you know that if we ever move, it will suffer the same fate as the dragon that I painted over when we moved in. 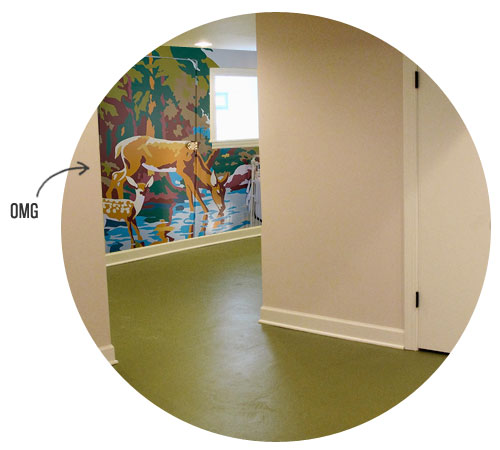 Update:
I made a mockup.

An Update on the Lack of Updates 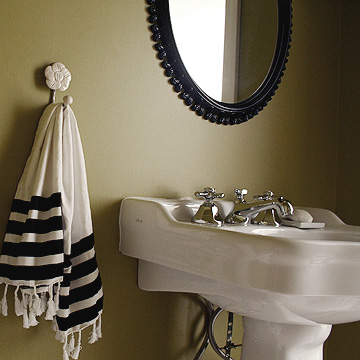 Organization is for Squares