The View from the Chicago River

This post is sponsored by Chase – a strong supporter of the Global Cities Initiative, a program that helps foster local economic development. Learn more here. 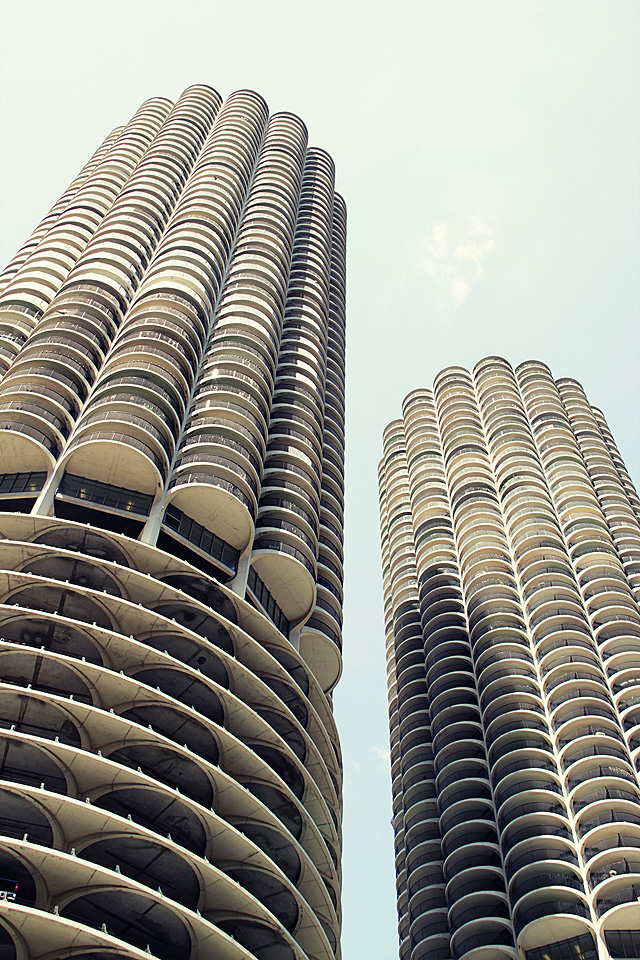 I’ve lived in the Chicago area my entire life, and Oak Park is just fifteen minutes West of downtown by car or train (the ‘L’). I know the city pretty well, but sometimes it’s nice to see it from a different perspective. Like a scary open body of water perspective. 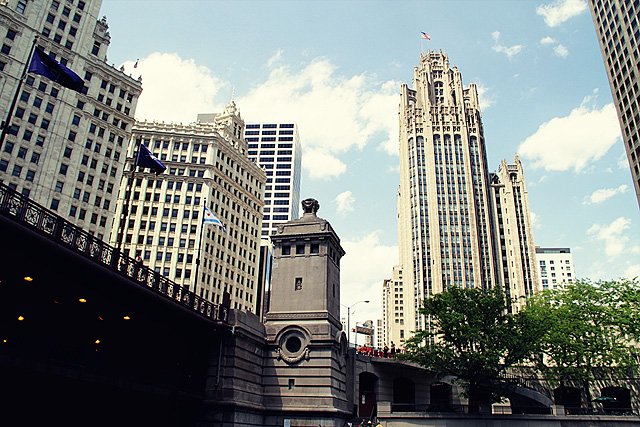 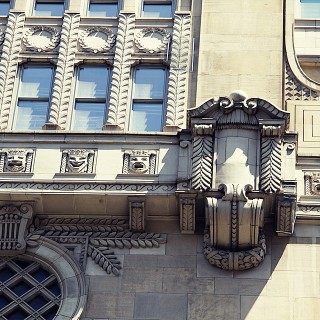 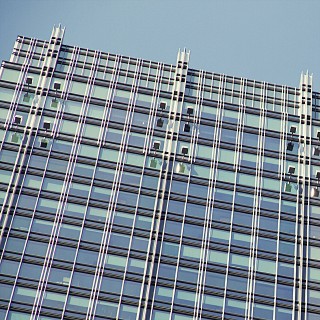 In all fairness, it’s only scary because I can’t swim and I’m afraid of water. Adding “Take the Chicago Architecture Foundation’s River Cruise“ to my Lovely Life List was really in large part to get me on a big boat. 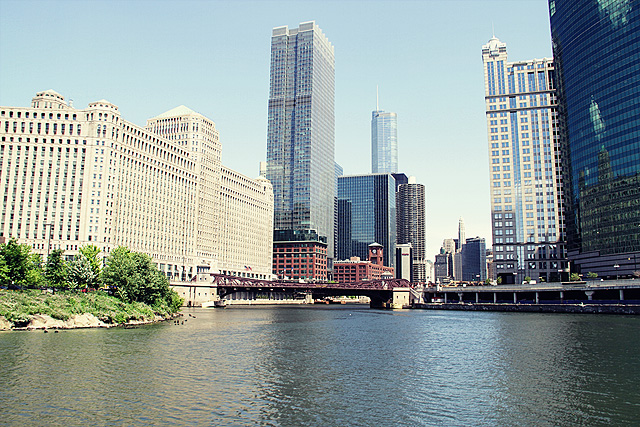 The tour was fantastic and thankfully the boat ride itself was uneventful, save for a passing barge blasting its horn at us (presumably having some fun with the tourists). I jumped in my seat. 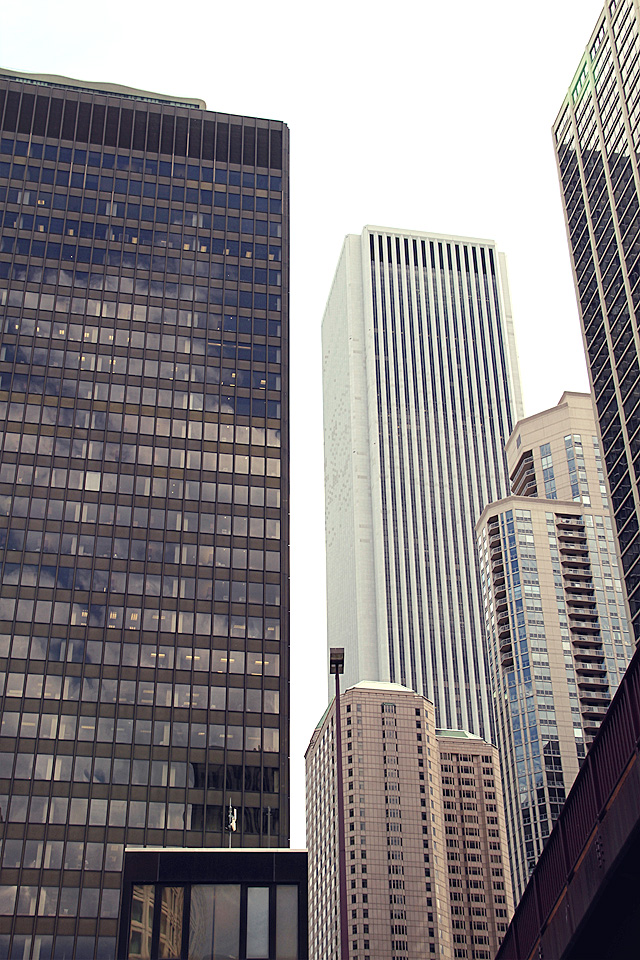 The view from the river isn’t the most beautiful way to sightsee, but if you’re at least passingly familiar with Chicago, it’s an interesting new view of the city. Many buildings along the river, especially the older ones, completely turned their back to it. Our tour docent explained that “the river was toxic, whereas now it’s merely polluted.” Brandon succinctly said “no one wants to overlook a toilet.” 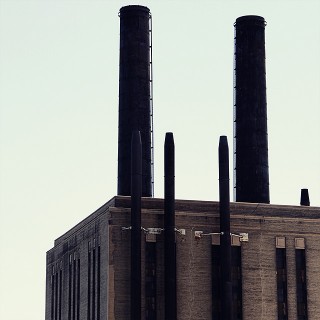 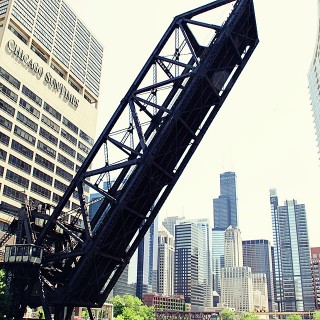 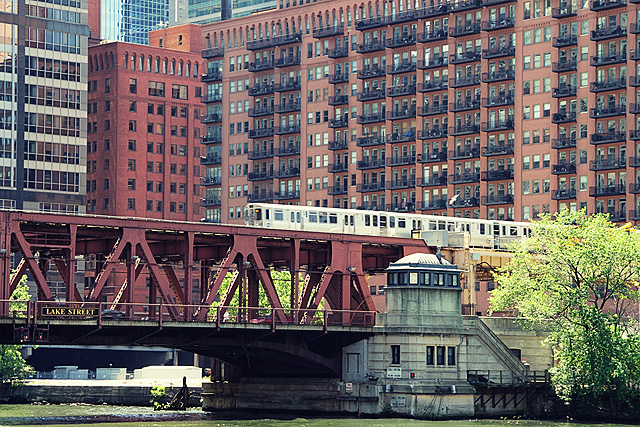 The city cleaned up its river eventually (magic, I assume, or maybe magic green dye), and people began to view it as a desirable location a few decades ago. Couple a newfound interest in riverfront living with the go-go eighties economic boom, and you have a recipe for city growth. Chicago holds itself to following a larger plan as it grows (a blessing to come out of the rebuilding following The Great Chicago Fire), and city plans call for all new structures to include a riverwalk. There is some access today, but the Chicago River will someday have public walkways all along its bank. 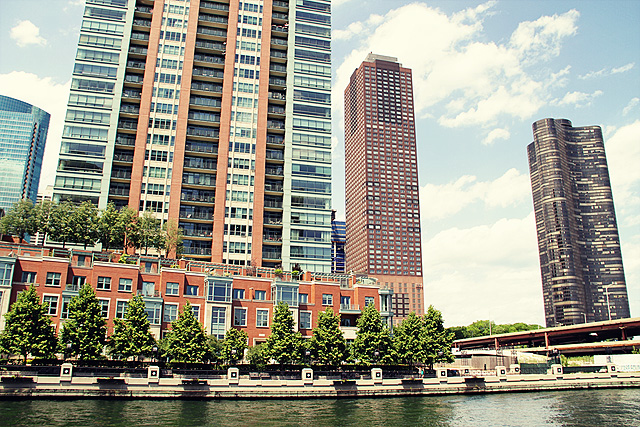 Chicago is still seeing new buildings go up too, with Trump Tower and Aqua being two of the most notable recent additions to the river. The Spire would be noteworthy too, but it’s on hold after having only the foundation built. Its drill bit design isn’t my favorite, but it is admittedly interesting and I hope to see it completed. 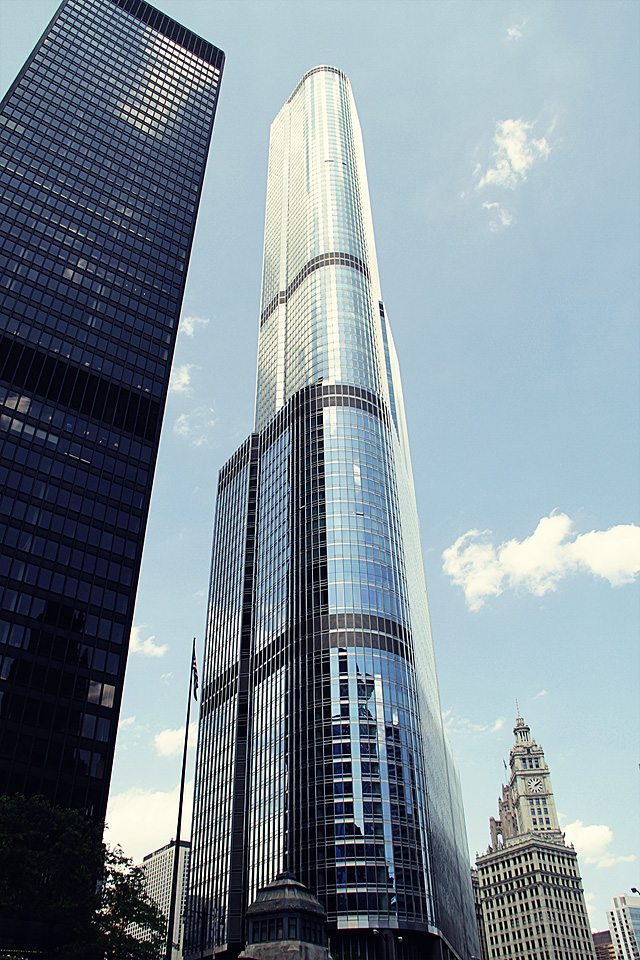 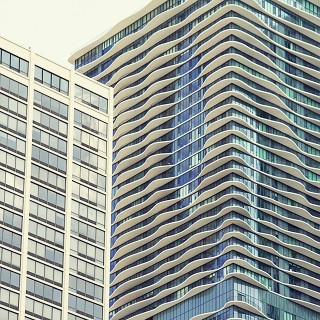 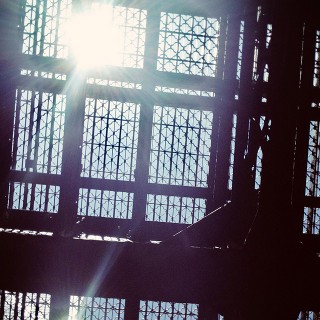 There are still plenty of new buildings going up all around the city, including along the Chicago River. New buildings bring new residents, they stimulate the local economy, new money begets new growth, and so on. We have an ever-changing skyline. 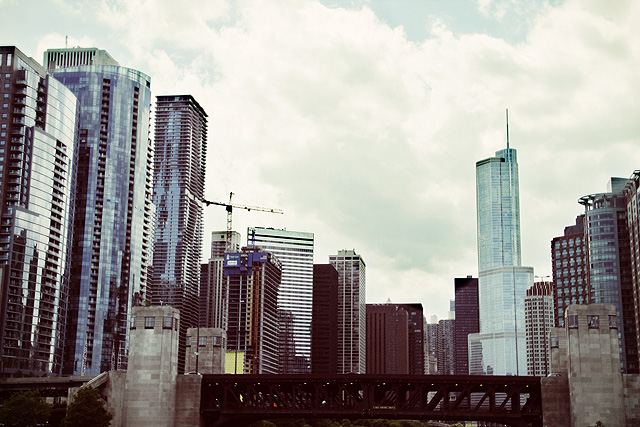 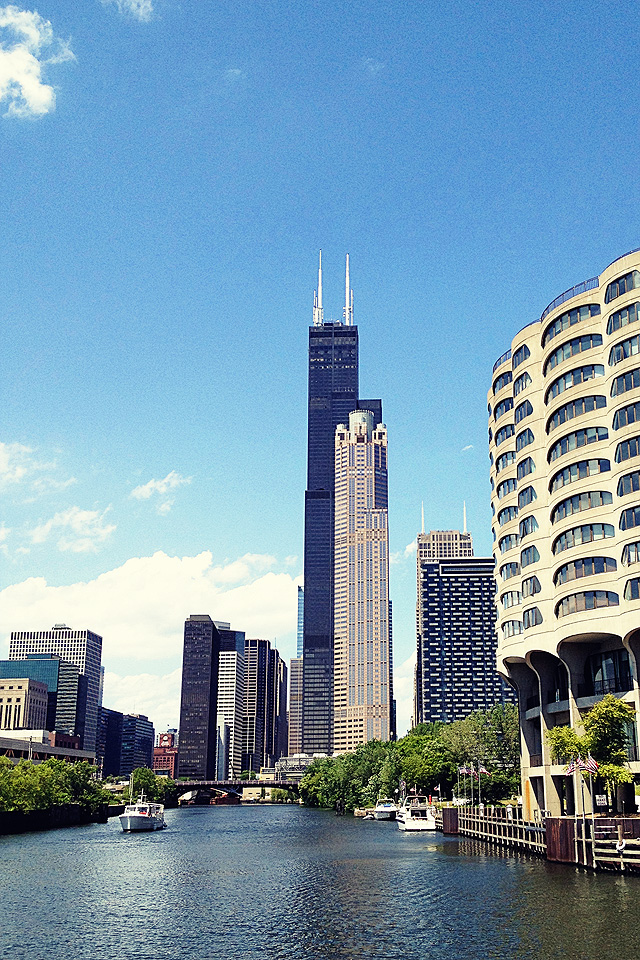 Shopping at the Cheese Market 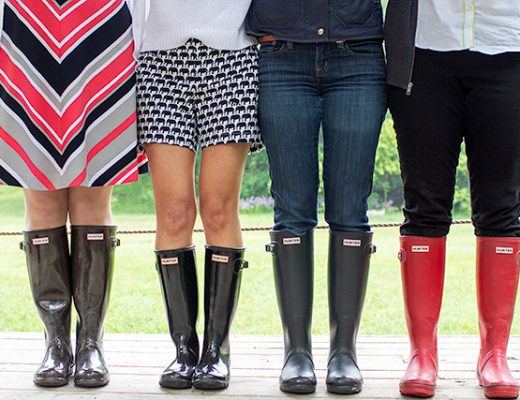