I’ve been working with HouseLogic to offer homeowners a chance to win a $20,000 home renovation to “Boost Your Roost.” I received hundreds of entries and had to choose just one to move on to the next stage of the contest. Narrowing them down was a long process, but I’m so excited about the family I’ve named as finalists!

Clara and Brantley in San Antonio, TX would like to add a screened porch to replace the falling apart covered porch they have now. I hear it gets crazy hot there, and they have a little girl who could use a shaded, breezy, bug-free spot to play outside.

Their submission to the contest is below. 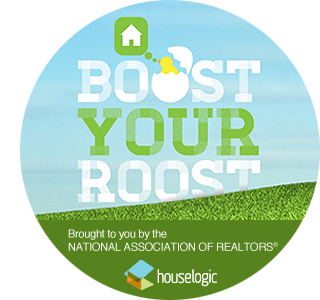 Located north of downtown San Antonio, our home sits in a small neighborhood of mid-century modern houses. The 1600 three bedroom / two bathroom house is incredibly efficient – the kitchen, living and dining room are one contiguous space. While we love our little home our only complaint is its lack of a usable outdoor living space. While Texas is known to be incredibly hot, with shade and a cooling breeze, spending time out of doors can be quite pleasant throughout the year. While a previous owner added a covered porch, its condition is deteriorating and the slab over which it was built slopes in a way that makes it difficult to use. More critically, swarms of mosquitoes make the space uninhabitable for most of the year.

Our daughter loves to play outside and the addition of a covered screen porch would provide a space for her to do that. Such an outdoor living space would also serve as an amazing venue for the entertaining of friends and family as well as a quiet place to enjoy the outdoors while being protected from the fierce sun and mosquitoes.

Screened on three sides, the porch would be open to the prevailing southeast breezes. Because of the sloping nature of our site, the porch would be a few feet lower than the finished floor of the house, creating a higher volume in which a large fan would further encourage the circulation of air through the space. A thin landscaped courtyard would separate the screened porch from the bedroom wing of the house, allowing all existing windows to open into the courtyard. To the west, a custom outdoor curtain would protect the space from the late afternoon sun.

A sweet family, a concise but detailed entry, and a thought-out plan… they had my attention. Then I watched the video, and yep: finalists. (The scene with the calendars makes me laugh every time.)

Bonus points, right? I want them to get their porch. This is what it would look like (note the now happy daughter). 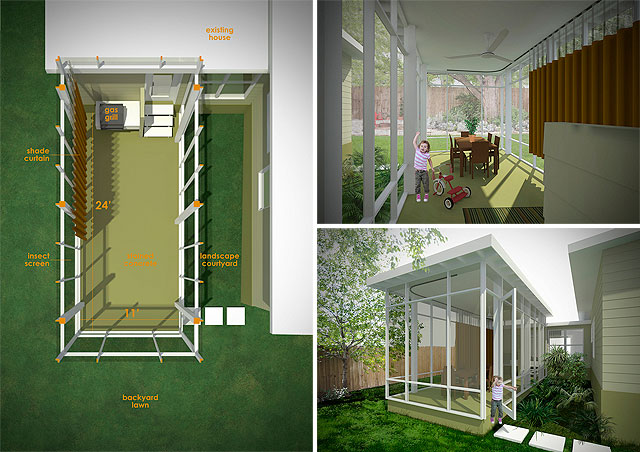 But they need some help. They are now one of six finalists, and only the project with the most votes will actually win the $20,000 prize. So head over to HouseLogic to check out the competition and cast a vote for your favorite project (*ahem* Clara and Brantley). You can vote once a day until voting ends on August 13th. 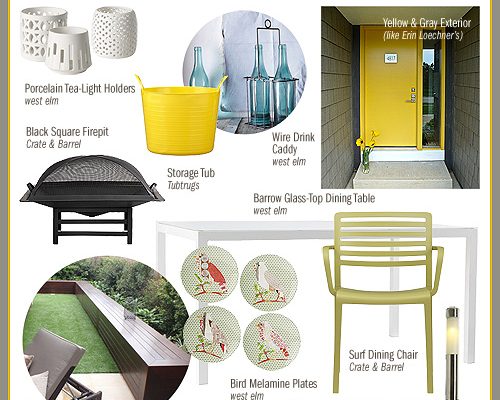 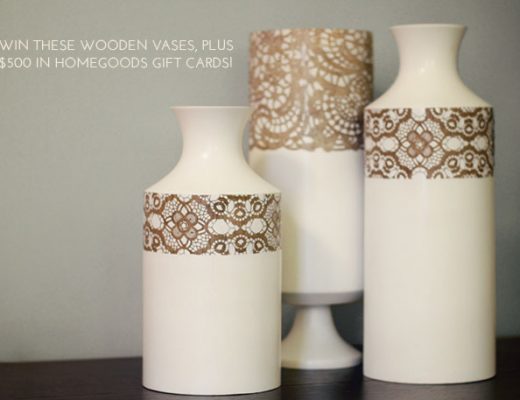 Bigger Than a Breadbox?