Circus at the Cemetery

I’d decided to take Eleanor and August to the zoo yesterday. We pass Woodlawn Cemetery in Forest Park along the way, and I noticed a sign along the fence as we were driving by. Something about International Clown Week and an event in the cemetery. I was intrigued. 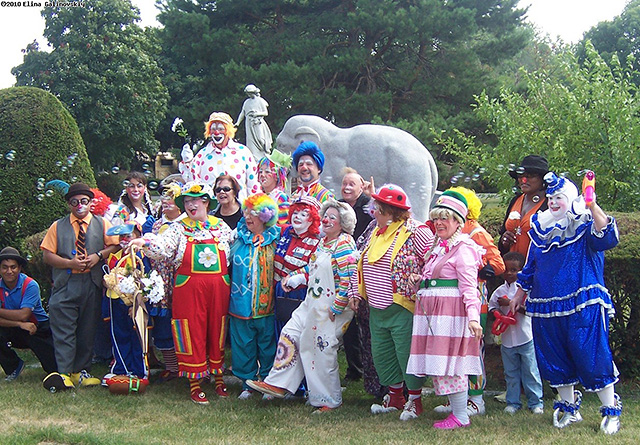 Woodlawn Cemetery has a circus connection, though there is as much myth surrounding it as fact. Driving by the cemetery, you can see several stone elephant markers. The myth is that a train crash nearby killed several elephants, and being too heavy to move a great distance, they were buried nearby. Sometimes the story is embellished to include a fire, which the elephants heroically tried to extinguish. Legend has it they saved everyone, but died in the blaze. The truth is buried in the legends, though no elephants actually died. On June 22,1918, approximately 60 circus performers and workers died in the Hagenbeck-Wallace Circus train wreck in northwest Indiana. The circus train was stopped on the tracks in the middle of the night for repair, and a another train, its driver asleep, plowed into it. Many on board were killed instantly, and many more died in the fire that ensued (the cars were lit by kerosene lamps). The Showmen’s League of America had secured a large plot of land in Woodlawn several years before, and so a mass grave was dug there for the bodies of the train wreck. The elephants, trunks low in mourning, were added some years later, and the area is known as Showmen’s Rest. 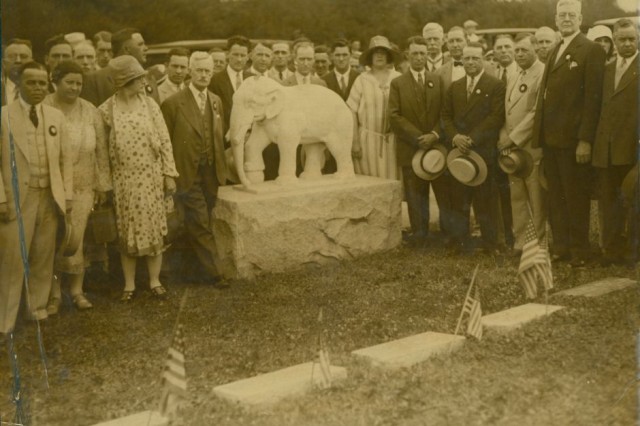 I’d planned to look into the whole thing when we got back home, but as we drove a little further, I could see a woman swinging from a hoop, twenty feet in the air and bedazzled with sequins. The event was taking place right then! Seeing as we had no real plans (a circus at the cemetery would be just as fun for the kids as the zoo, and a whole lot more interesting for me), I turned in to the main entrance to get a closer look. I didn’t know what to expect since I hadn’t been able to read the sign well. I thought for sure that there would be another at the main entrance, but no. Was it a memorial service? Would it be a somber affair? The event was open to the public and I saw a lot of kids in the audience, so I parked the car and took Eleanor and August to the circus at the cemetery. 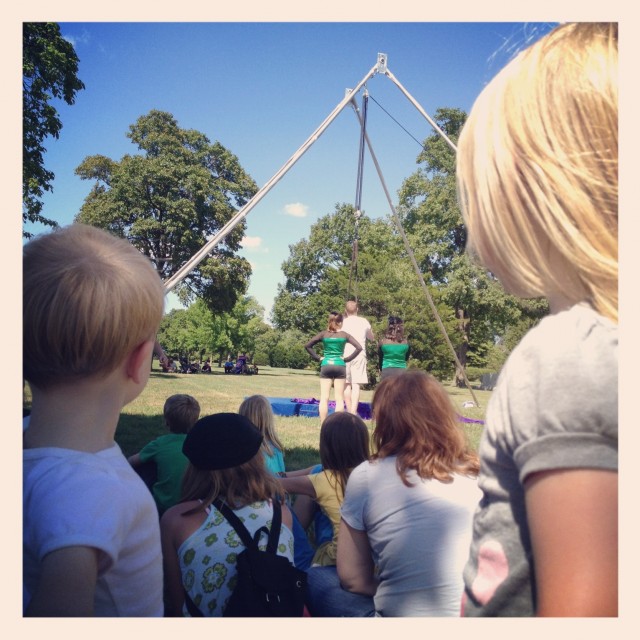 It was a standard circus, albeit in an odd location. There were clowns in the audience, watching the show but not participating. There were families with kids, goths under the shade of large trees, and photographers loaded with gear and impressive lenses. I wish I’d had my good camera with me, but Avoision has an excellent post about what it was like to attend several years ago with great photos.

There were clowns – so many clowns! We arrived near the end and only caught the last two circus acts, but they featured acrobats performing impressive feats high in the air. The kids loved it, and I imagine we’ll be back next year, good camera in tow. 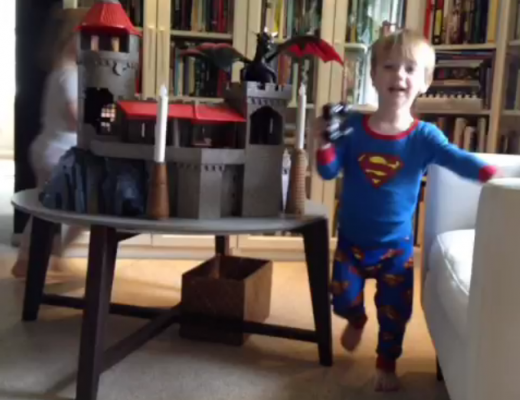 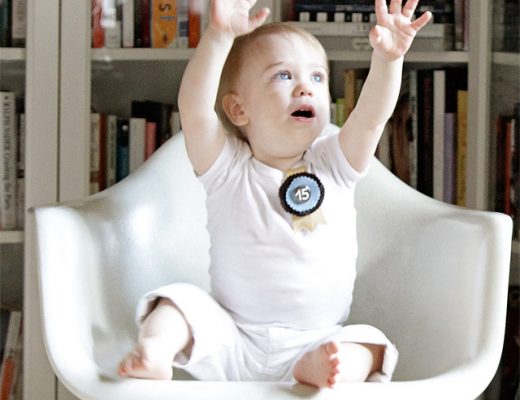