We’d had our old coffee table for six or seven years. It was part of the Thomas O’Brien line for Target, and I still really liked it. Brandon had actually been the one who was interested in us having a new coffee table, because the old one (as cute as it is) was starting to concern him with its wobbliness. I think it’s still got some life in it yet, but I agreed we should probably look for something new. 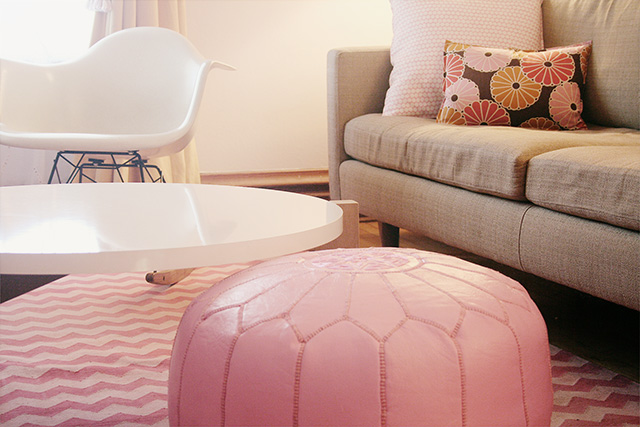 See ya, old chum! (Actually, it will probably be useful in the basement, if I ever get around to setting up the playroom area.)

This one below is my ideal coffee table, but I’ve been looking for one for over a year and a half with no luck. 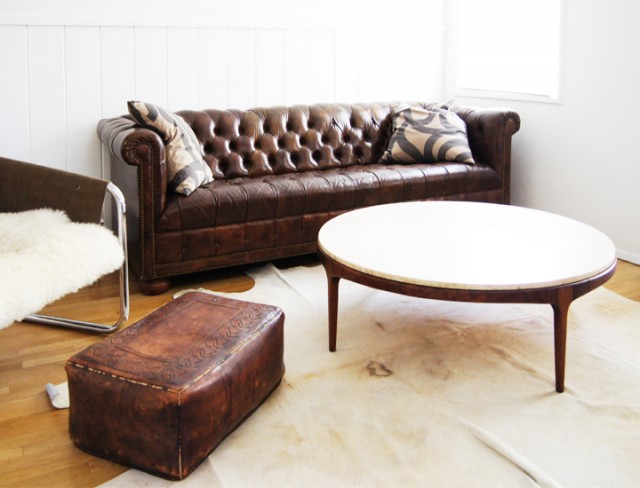 But then I found this one at the Renegade Craft Fair the weekend before last. I prefer a round table in our living room, but I had to give this one a try. 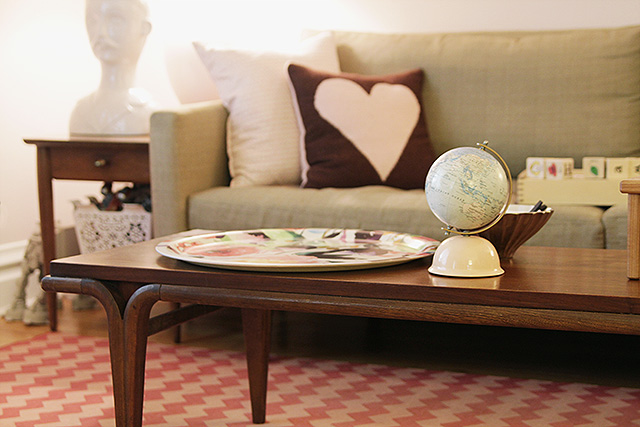 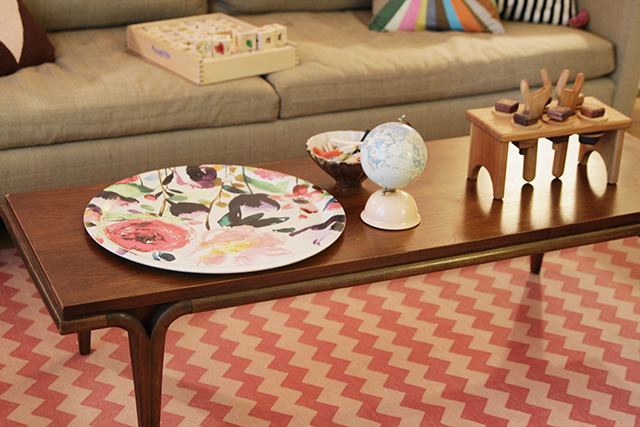 I think there’s too much wood in the room now though. I’m thinking of getting a travertine top cut for the table to replace the wood, but I’m not sure if the legs could support the weight. I could paint the top, but I don’t think it would hold up as well with the kids, and I’m not into the distressed look. My other thought was to get a laminate top made for it because that’s what the old one was, and it held up to a lot of abuse. I’ll get a quote on the stone top first, and go from there. 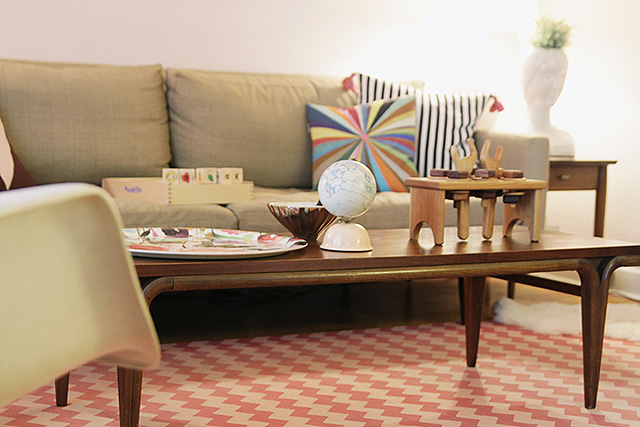 Update: I played around with it in Photoshop. I’m even more convinced now that the table needs a lighter top. 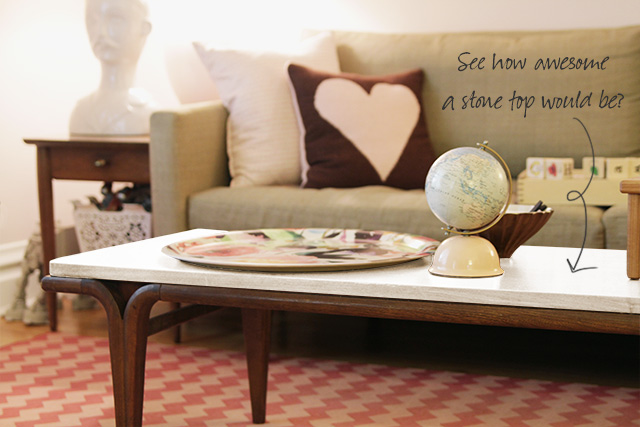 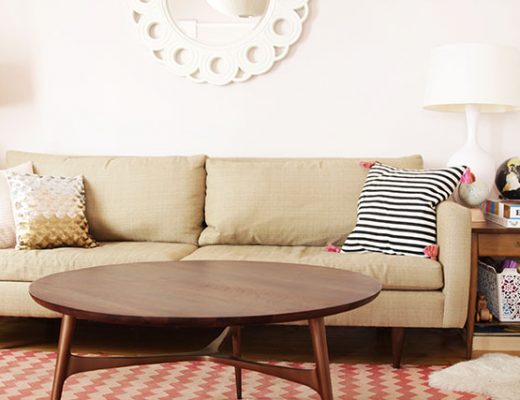 The Living Room: A 3D Rendering