I know — it’s a little late in the game to finally be sharing our Christmas decorations! The house was photographed this year for the Christmas issue of a magazine (to come out next year, obviously), so I was focused on getting the little details right. Today I’ll share the upstairs decorations, and tomorrow the living and dining rooms. 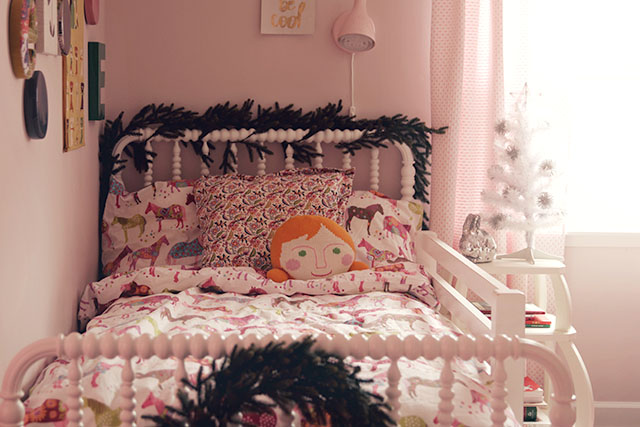 She picked out her little white tree last year, and she was happy to see its return. She decorated it herself (she really likes those spiky glitter ornaments), and was adamant about there being a star on top. We didn’t have one, so I bought a glittery star-shaped ornament to use and all was well. I probably wouldn’t have draped her bed with garland, but we had the magazine shoot and I was feeling a little extra pressure to really Christmas it up. E likes it, because “now her bed looks like a sleigh.” 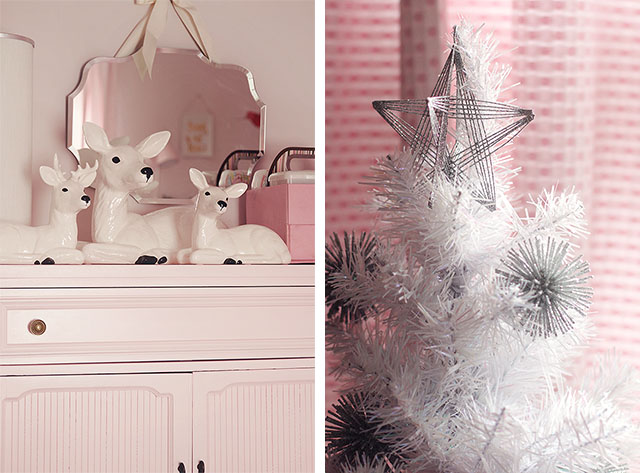 (And I stand by my love for all the weird deer in my house.)

August’s room was decorated too. The little Christmas tree is usually on top of his dresser, but his room is so small and hard to photograph that I moved it over to the table (temporarily) to fit it all in one shot with the wreath and reindeer in the window. It looks really nice there — it just wouldn’t survive very long! 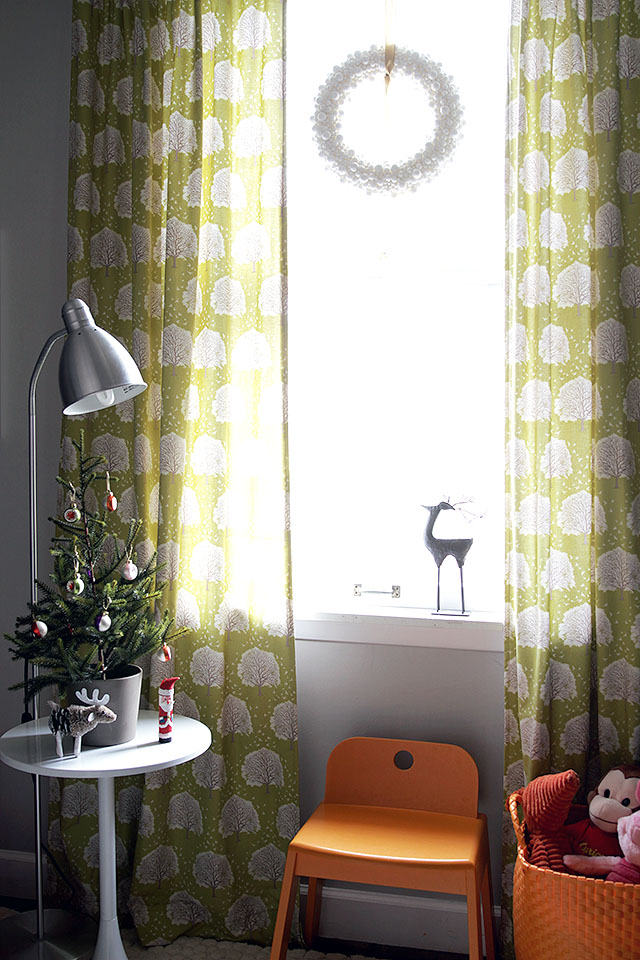 The library has had the silver tree for the last few years — mostly because we already own it and I figure we might as well use it. We already had the birds, and the red yarn balls are new (from IKEA). I was slightly freaking out (oh, just slightly) about there needing to be something else up there, so I invited Kathryn over for a second opinion. She suggested the white feather wreaths from west elm, and I like how they tie in to the white feather birds on the tree. 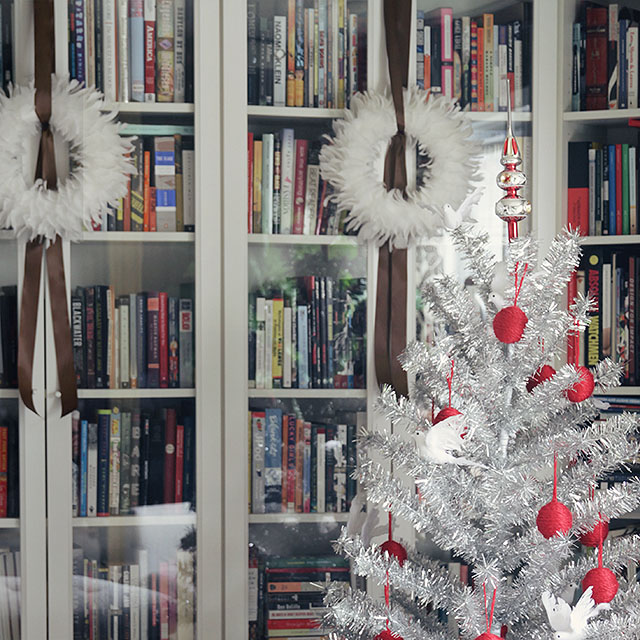 The other side of the library has had those brass deer up all year. I guess that’s strange? I added some garland and ornaments, white Christmas lights, and my giant sequin disco ball ornament things. 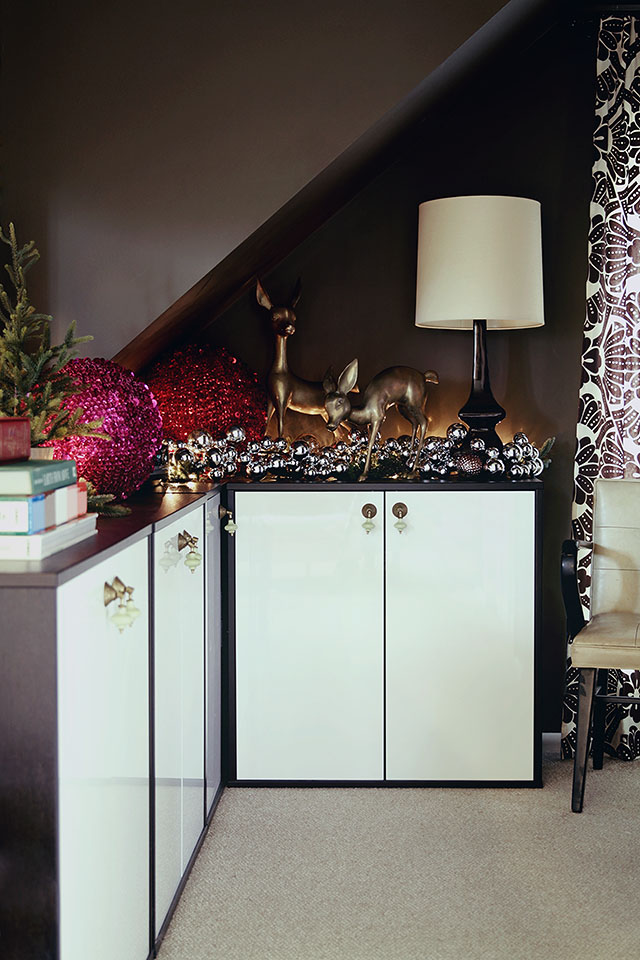 I think of these as the ancillary decorations. The pink tree is the real star of the house, and no doubt why we were chosen for the magazine. I’ll share the downstairs photos tomorrow! 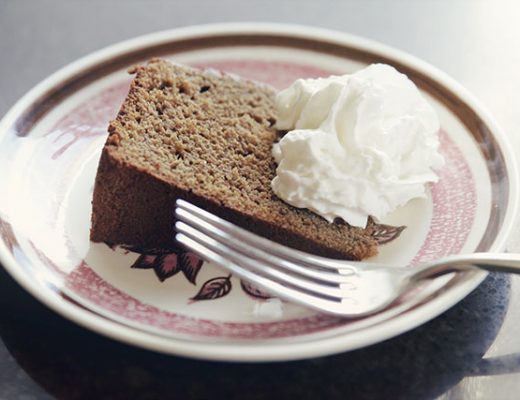 These Are THE Curtains