Three months ago, I pinned these Keds shoes by Kate Spade. Last week, I rejoiced when I realized they were finally available. I immediately picked up a pair of the pink pointy-toed sneakers for myself, even though it is a little ridiculous that they were $85, based (as far as I can tell) solely on the fact that they have the Kate Spade name attached. 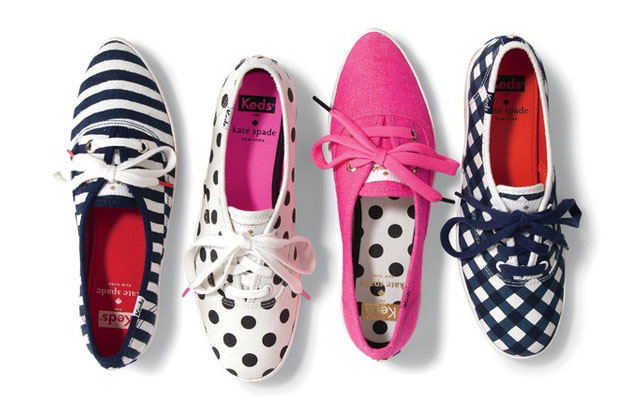 I pulled out my old stack of red binders today. I joked and told Brandon that it was my physical Pinterest account. Each was filled with pages torn from the stacks of magazines that I used to have free access to, and time to read on a regular basis. These binders were made before Pinterest, yes, but also before I started blogging at all. I dated each, and they span from 2001-2004. That’s a lot of magazine reading and clipping. 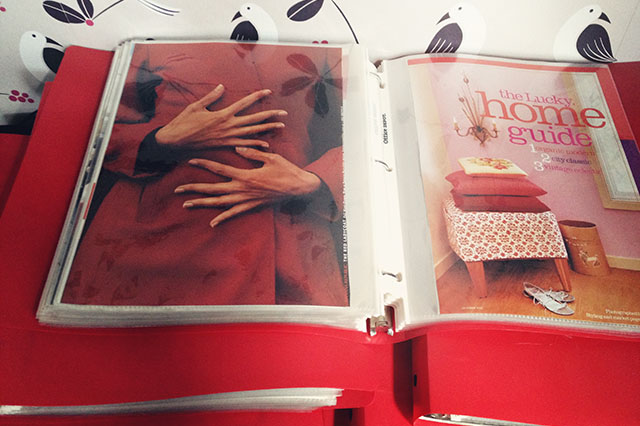 Two binders in, I found it. The reason I pulled those binders out of my once-neat closet. The image I wanted to share with you. 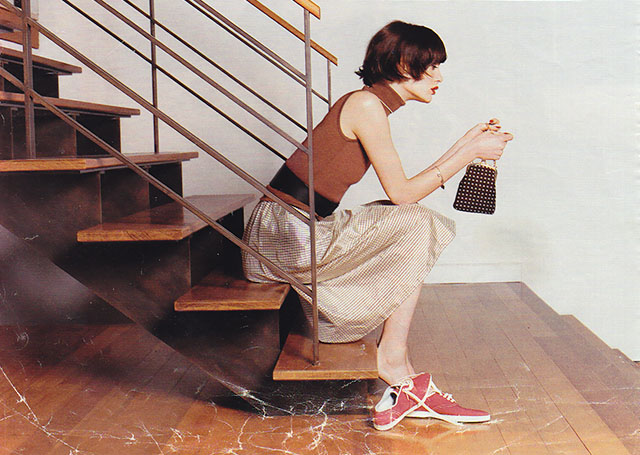 It was in a separate binder — the one not labeled and sorted by date, but rather housing a collection of my very favorites. I never did much care for that bitty purse in that photo, and the turtleneck isn’t my thing. But those shoes? I still think about them.

The photo was from Mademoiselle, circa 2001, and the shoes are credited to Michael Kors, $148. There was no way I could afford those as an independent bookstore employee in my early twenties, making barely more than minimum wage. But I could slice those magazine pages with a razor like a pro, and archive them in little plastic sheets! I’m telling you — physical Pinterest.

I saved the entire spread, and I’d still like to dress like this (mostly). To live in a house like this (definitely). Looking at it again, I wonder if, subconsciously, it made such an impression on me then that I would later choose “lovely” as part of my blog name. I see that my dear pink and brown are in there, too. 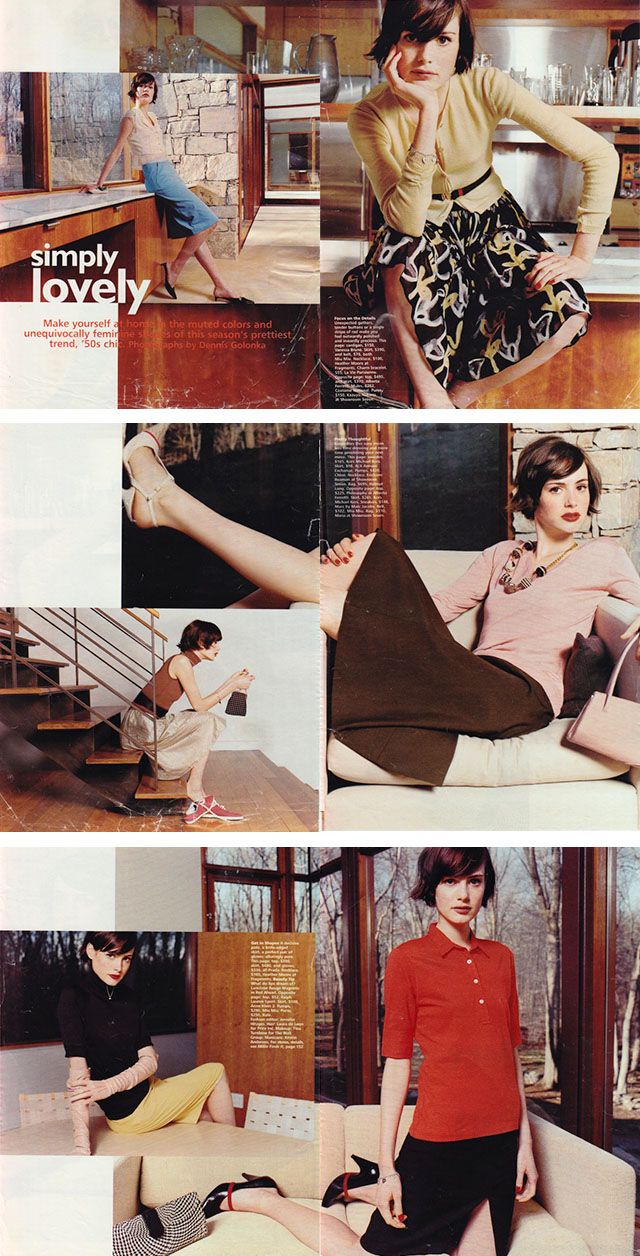 The red stripe on those shoes with their perfect heel. The full printed skirt. Charm bracelets. Pencil skirts. Those bangs. That one fashion spread so neatly encapsulated and informed my style at the time, and still does. There are items in my closet that I have had forever and still wear regularly, and had I the wherewithal to buy them at the time, those pointed sneakers would be among them. They were more expensive than I think they ought to have been, but I have the means to buy them now, and so I did.

Maybe you’ll be the one pinning these images now. Or maybe you can’t stand them. I know that it’s silly to write about buying a pair of shoes like it’s the fulfillment of a dream, but dammit, it took more than 10 years to get them. And they’re pink and everything. 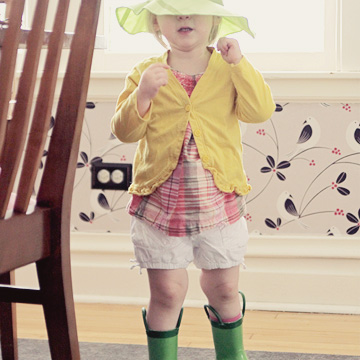 Eleanor Chose Her Own Clothes Today 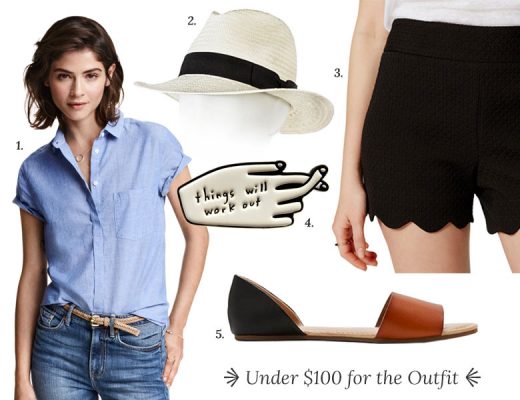 The Best Shorts (on Sale!)