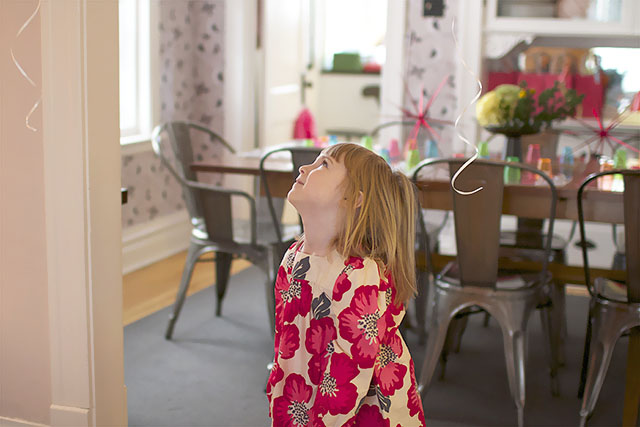 There’s the birthday girl, approving of the party decorations before her guests arrived. 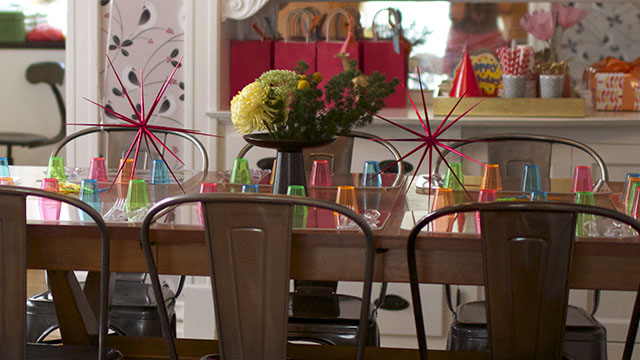 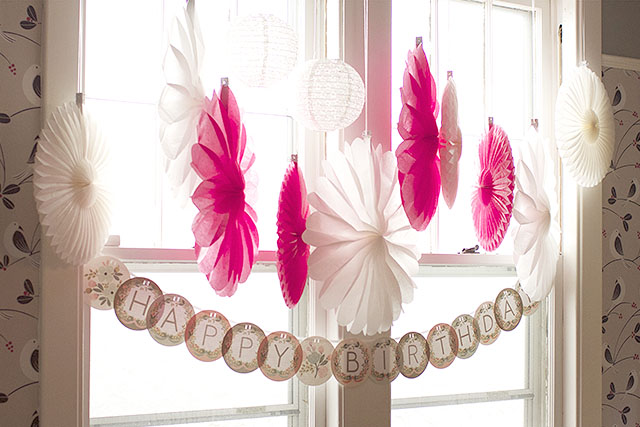 Eleanor requested a Play-Doh party this year. Brandon’s mom, a former preschool teacher, came through with some fantastic ideas for pulling it off. She whipped up homemade play dough in several colors, and also came up with the idea to create little chef’s hats for the kids to wear (which they did all wear at various points). Everyone had their own station to work at. 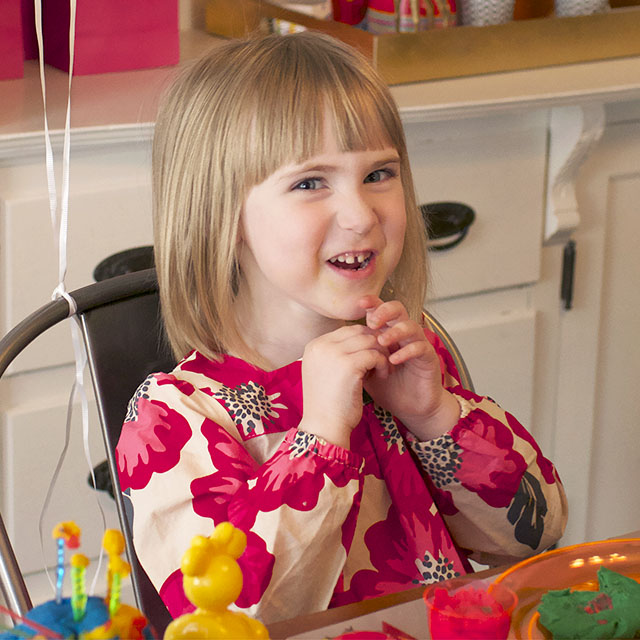 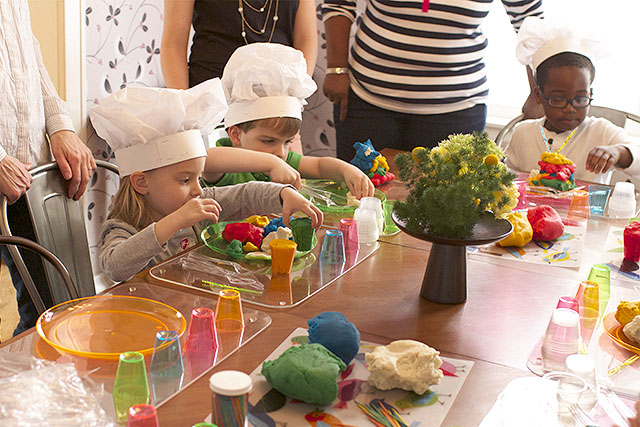 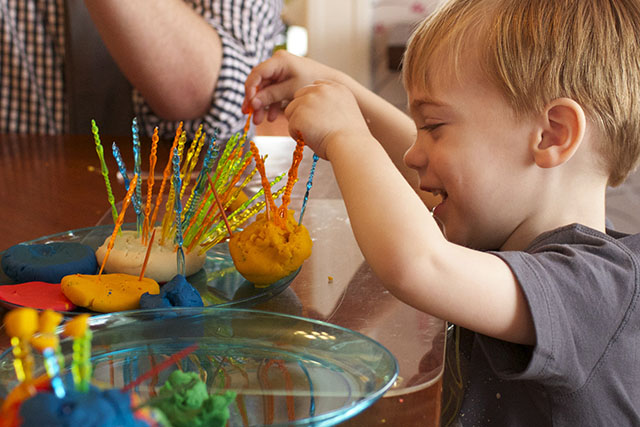 The Play-Doh birthday cake was Brandon’s genius idea. He asked a couple of local bakeries if they could pull it off, and most of them replied that they don’t do custom cakes (what?), but Reuter’s Bakery came through. It was pretty spectacular. 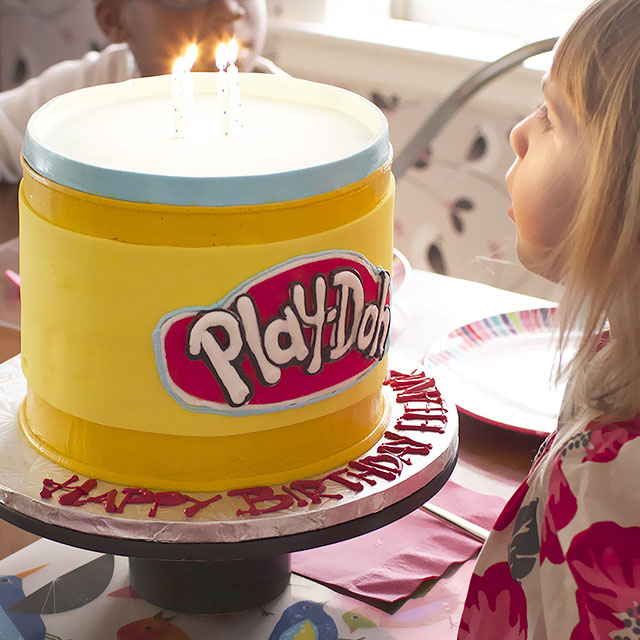 I told the kids that we needed their help to make the birthday cake (they hadn’t seen the real one yet), so they each made their own out of play dough. I gathered their creations, thanked them, and they went off to play in the living room while we cleaned off the dining room table. We called everyone back over after their places were set, we brought the real cake out, and everyone sang Happy Birthday. 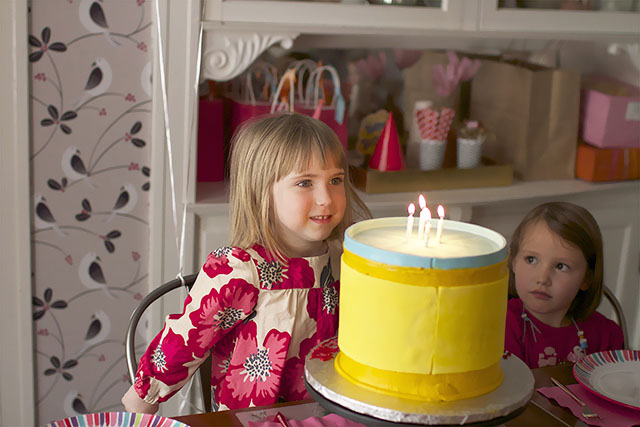 Four-year-olds are awesome, because they’re still young enough to fall for a cute trick.

Brandon and I are glad that we had the party at home. It was fun to have Eleanor’s friends over, and later, family came by too. We made one long day of it!

(Hope you had a great birthday, kiddo.) 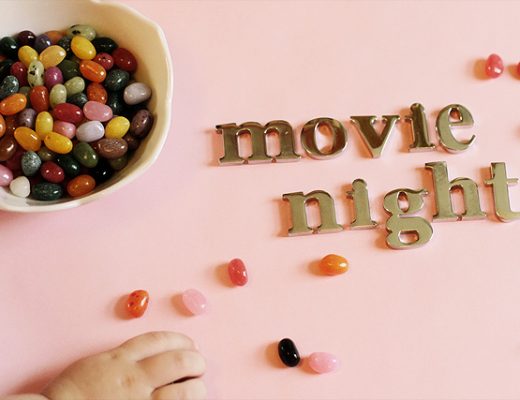