Eleanor is really into fairies right now. They visit her at night and give her sweet dreams, and they help her grow. All kinds of things. We haven’t seen any in person, but that’s because they’re very shy, and also because they sleep during the day and only come out at night. Brandon bought a toy for E when she got her white belt in karate a few weeks ago, and he left it on top of her dresser as a surprise. Of course, she saw it when she woke up and immediately assumed it was a gift from the fairies, so they got all the credit.

We think they’ve been hanging out in the dollhouse, but we’ve talked about creating a fairy garden for them to live in outside, too. My friend recommended Wannemaker’s for supplies, so we went out there on Sunday. 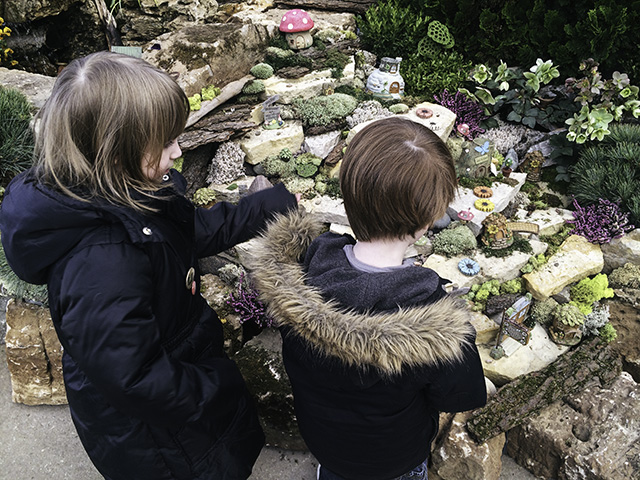 We already had plenty of planters to choose from and it’s too cold for outdoor plants yet, so we concentrated on finding the perfect decorations. If the design were up to me, it would be like an open terrarium with a cute house tucked away in one corner. Maybe a little patio too, complete with charming vintage-style furniture. The design was rightfully up to E though, so we have a giant! house, a couple of fairy figures, a bridge and blue glass pebbles (water), plus a beach chair and umbrella. August wasn’t that into it, but he did choose both of the fairies for Eleanor. 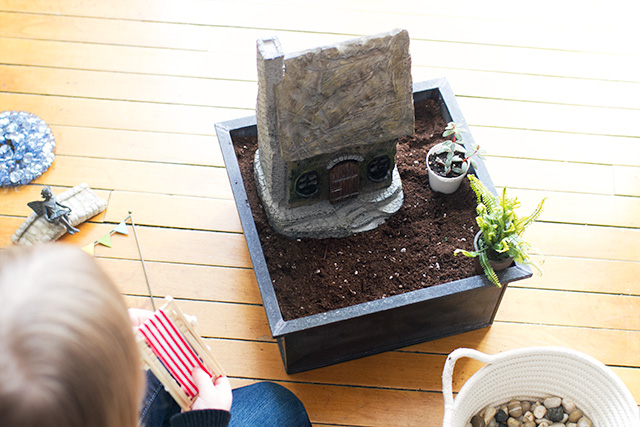 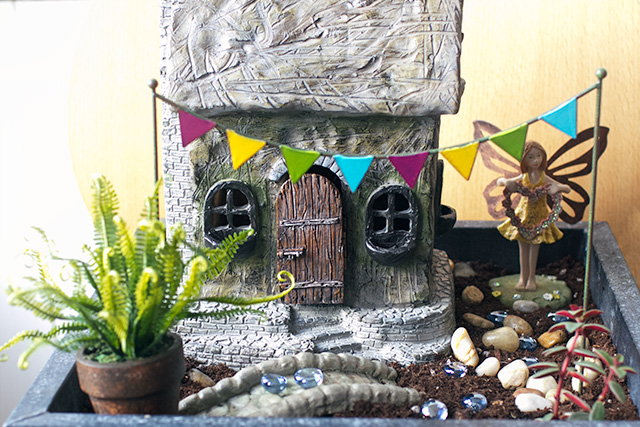 That house took up so much room that we ended up creating two fairy gardens. One is for their home, and the other is a beachy scene in which I planted a pothos that we already had on hand (I’ll either harden it to the outdoors or swap it out for something else in a few weeks). I want variation in texture, with larger plants juxtaposed against tiny ones, and something with small flowers. The kids want dirt patches for their zombie toys, because the beachy scene is now a zombie garden. So, maybe we won’t be adding more plants? They really like everything as it is now, and this is for them after all. 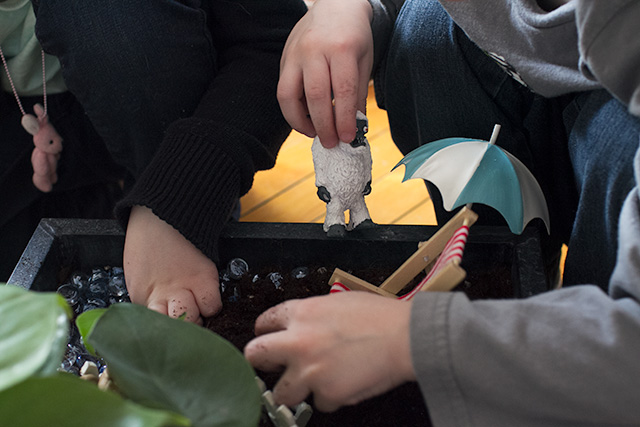 Eleanor was worried that the fairies might find their new home only to be frightened off by the zombie toys. But we discussed it and they’ll be fine, because zombies are not real. (Fairies are.) 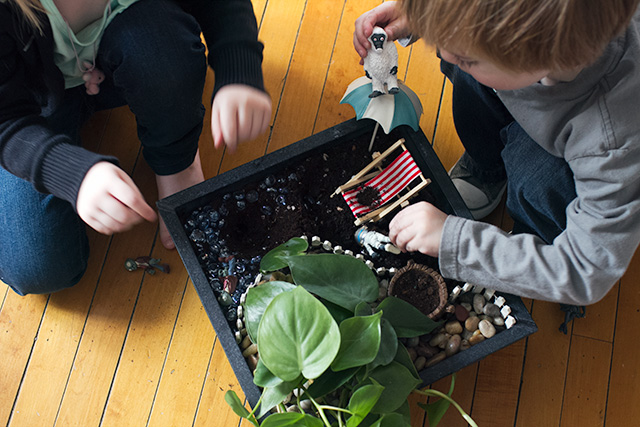 She goes to check on her fairy gardens each morning, first thing when she wakes up. She still hasn’t seen any, but she told me that she has been singing songs to the fairies in hopes of gaining their trust. Much like the rabbits in our yard that bound away immediately, but that she has leaves carrots for. So hopeful, that girl is. 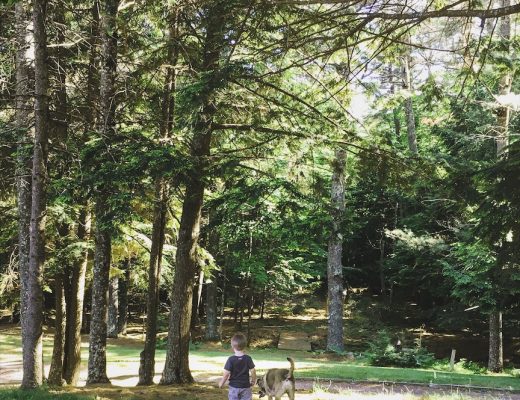 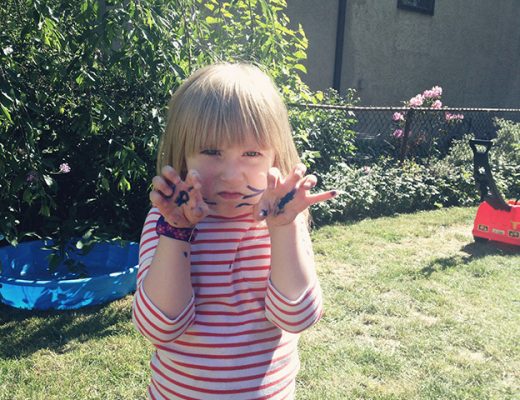 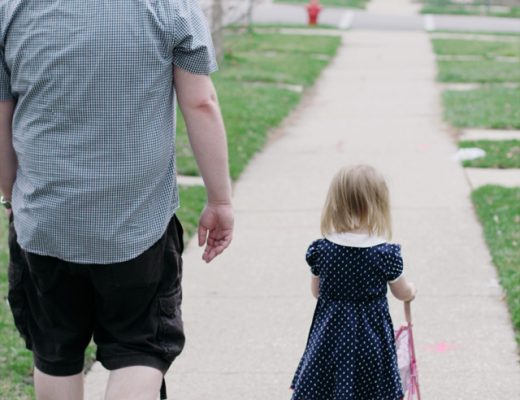 March 20, 2012
Previous Post A Guess at the Plan for the Bathroom
Next Post Where to Put the Nursery