This post is sponsored by Target. More Turtles, More Bold and Daring Fun: Blur the lines of fantasy and reality with your favorite Teenage Mutant Ninja Turtles at Target.

My mom’s best friend had a son, Bobby, who was a year younger than me. We played together all the time, and my favorite of his toys was the Teenage Mutant Ninja Turtles play set. It was sort of like a dollhouse, but instead of being pink and girly it was set in a sewer — and it was awesome. I loved the Turtles! I remember standing in a line that stretched a block away from the theater to see the movie when it came out, and I still know all the words to T.U.R.T.L.E. Power. I had the soundtrack. I had the video game. I even got my parents to take me to a live-action TMNT performance.

When August started expressing an interest in the heroes in a half-shell, I was maybe a wee bit into it. 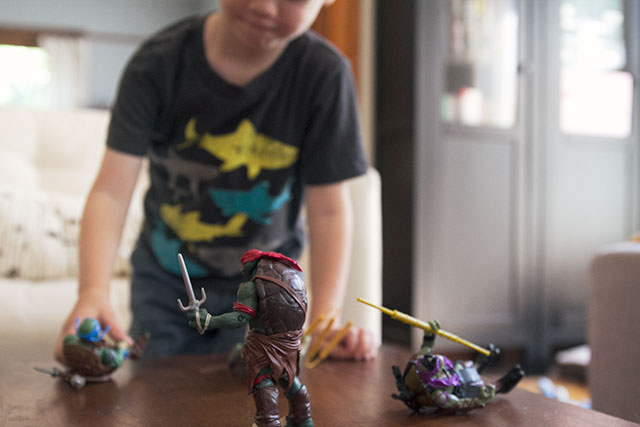 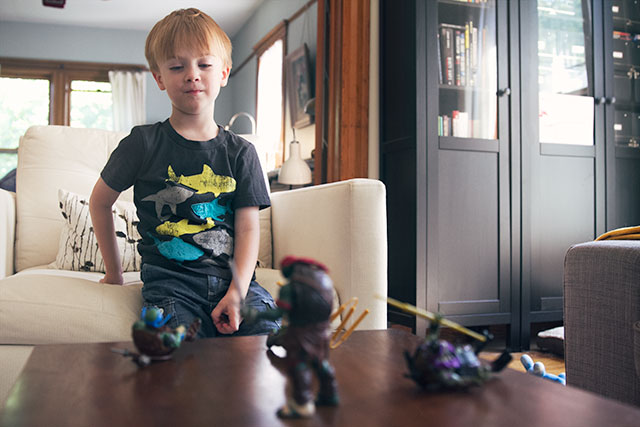 Eleanor started kindergarten on Monday, and August doesn’t start nursery school for another week. E absolutely loves school, but the transition for August has been rough so far with him missing his sister. To give them both something fun to look forward to this weekend, Brandon and I decided to throw a little back-to-school party. It will be low-key with just a few kids, but we still want to make it special for them and we’re going to decorate with a Teenage Mutant Ninja Turtles theme. Eleanor likes that they’re ninjas, like she is, and August just thinks they’re awesome. Plus we get to order pizza! After all, “these ninjas are into pepperoni and cheese.” 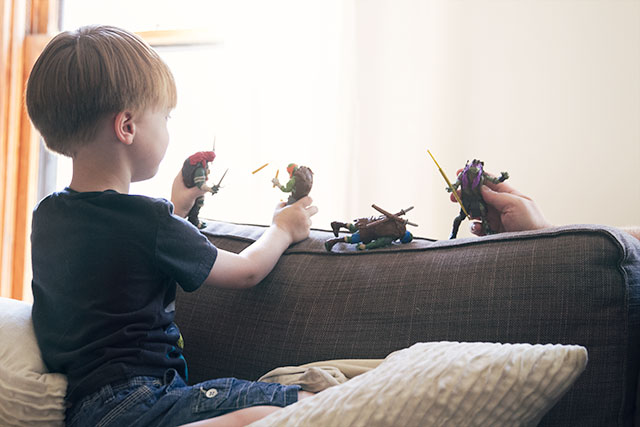 The kids have been having fun with their Ninja Turtles toys and those will make an appearance at the party this weekend, but I also have some decorations and activities in the works. I’ll share the details next week! 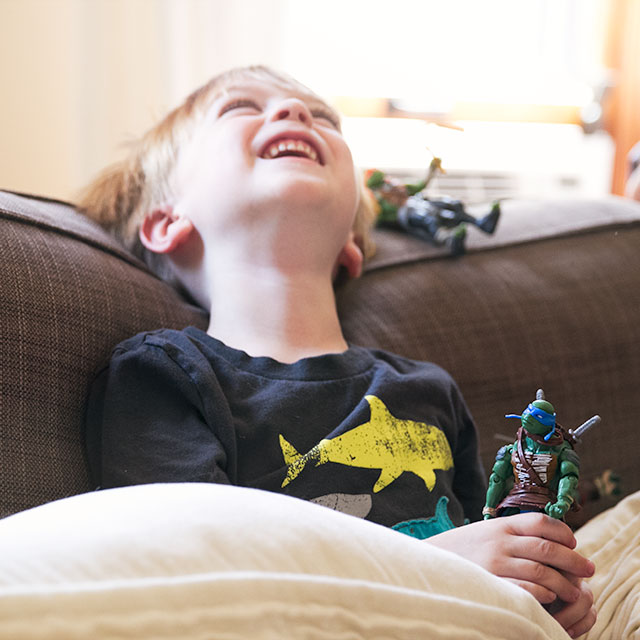 p.s. Have you seen this DIY TMNT Assault Van video? That thing is amazing! 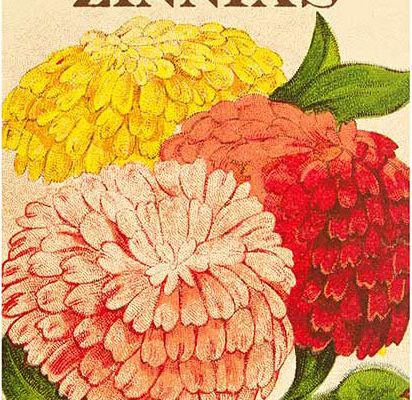