An #InspiredStart with Coffee-Mate and David Bromstad

All reviews and opinions expressed in this post are unbiased and based on my personal view.

David Bromstad is an artist, designer, and HGTV host. He has also gotten into the world of product design. Last year, he made a pair of limited-edition labels for Coffee-mate’s French Vanilla and Hazelnut flavors, and now he has designed four new looks — two each for the same two varieties — available exclusively at Target. I was able to chat with David recently about his inspiration behind the designs, what a typical morning looked like for him, and how his home is shaping up these days. Plus we bonded over a mutual love of pink. “It’s just a happy color!” he says. 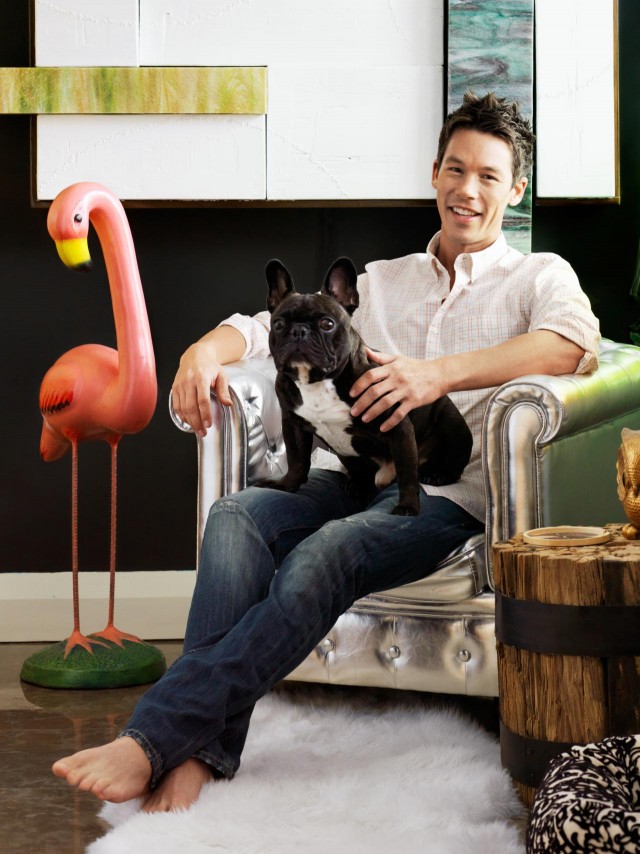 This is Bromstad’s second collaboration with Coffee-mate, so I was curious about his inspiration and how he approached these new designs differently. He said that the first round was very painterly and artsy, on the contemporary side, but this time it was all inspired by his mom.

When David was twenty years old and first started drinking coffee, he’d have the summers off, and he and his mom would walk around her garden together. She taught him everything about flowers and gardening, explaining the differences between perennials and annuals, showing him what would come back or die off. The art of gardening is just as much science, and he was fascinated by it. When it came time to create his new bottle designs, he recalled those summer mornings spent with a cup of coffee and the company of his mom, and that led him to the floral imagery he used.

It seems like David is always doing a million things and is involved in multiple projects at any given time, but he still likes to start his day the same way he did when he was twenty! A little breakfast, followed by his morning coffee. Since he designed labels for both, I wondered if he had a favorite between Hazelnut and French Vanilla, but he couldn’t choose. He likes each on their own, but he loves them mixed together too. (I hadn’t even thought of mixing them, but I tried it and he’s onto something there.) 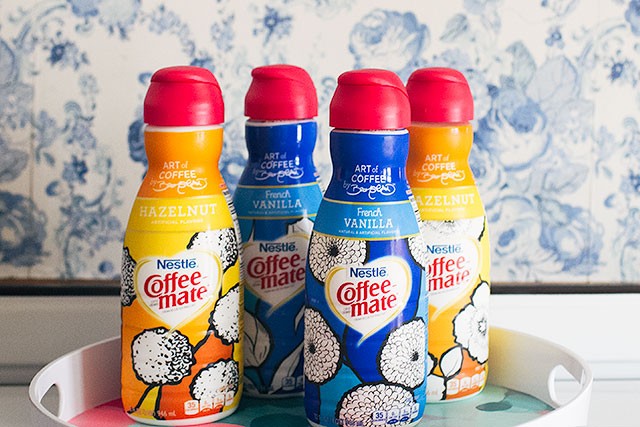 I’d seen Bromstad’s new home featured in an issue of HGTV Magazine recently, and it looked amazing but I remembered reading about his initial missteps in decorating it.

“When I first moved in, I tried to create a whole ‘Mr. Color Splash’ look. I painted the living room walls turquoise and put an orange cover on the couch with red pillows. Then I stopped, looked around and said, ‘I can’t live like this.’ It was the ugliest thing I’d ever done. So I returned 80 percent of the stuff I bought, painted the room white and added some ‘Mr. Color Splash’ touches.”

I’m always heartened to know that even the most experienced designers have trouble from time to time, especially since decorating and perfectionism had been on my mind when we spoke. I was curious about whether his home had continued to change, or if he considered it done.

His home, as it appeared in the magazine feature, was a “very fun, poppy house. Very black and white, which is very cool.” It has completely changed since being photographed though, because of a new furniture collection he had been working on. It hasn’t been professionally shot again yet, but he sent some photos over that he had taken with his phone so we could get a peek into his home’s latest look. 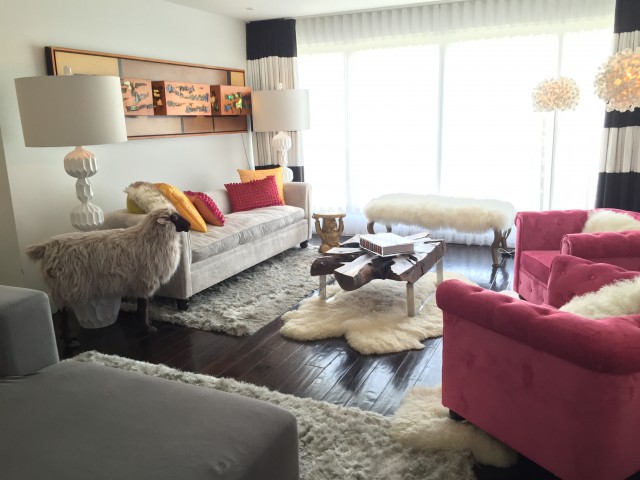 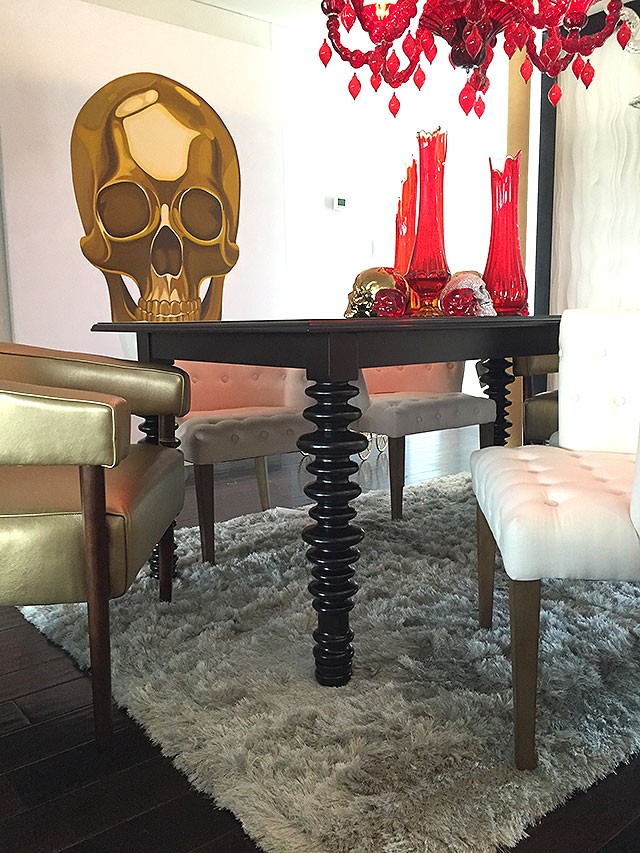 He loves it, and he loves that he was able to switch it up. Like a lot of us, it seems, David sees a house as an ever-changing thing! His partner is not as keen on change as David is, but he was open to it. He was (jokingly) kind of mad about the pink chairs, but even he had to admit that the texture made them “kind of amazing.” 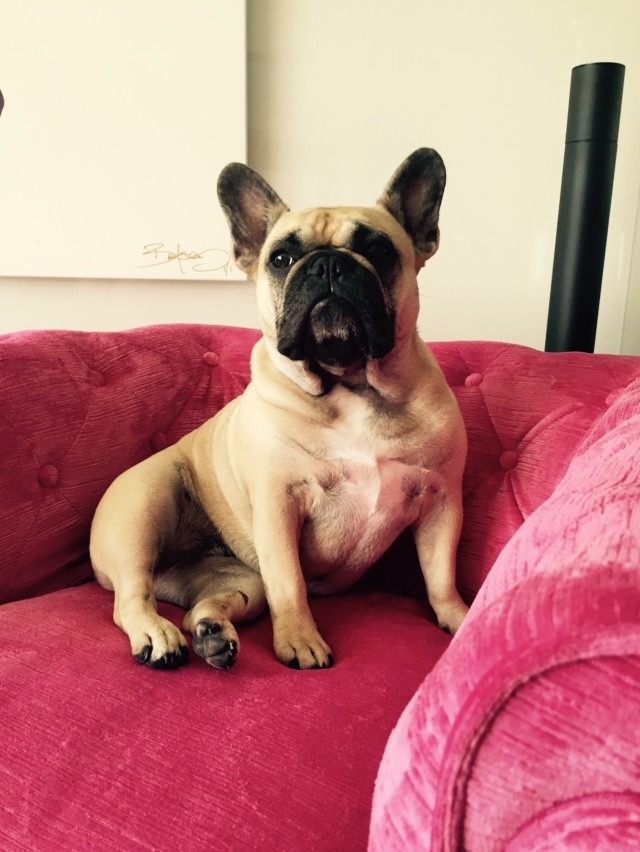 David describes his home as effervescent, saying that it’s soft, chic, and sophisticated, but with tons of color. It’s a little more mature, more his age now, and more ‘him.’ And he seems like a pretty reserved guy, don’t ‘ya think? 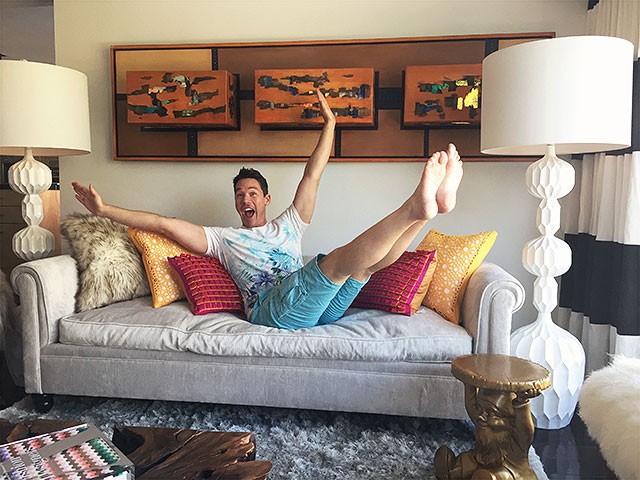 I start my day with breakfast and a cup of coffee too, and chatting with David had me feeling inspired. I decided to break out my brushes, and I customized that tray you saw toward the top of the post. I’ll have more photos to share with you next week, but in the meantime, I’m thinking about trying my hand at another painting project. I was thinking about what I use every morning that could use a little sprucing up. Maybe a set of coffee mugs or a clock? I’ve got plenty of paint left — let me know what you’d like to see it used on! 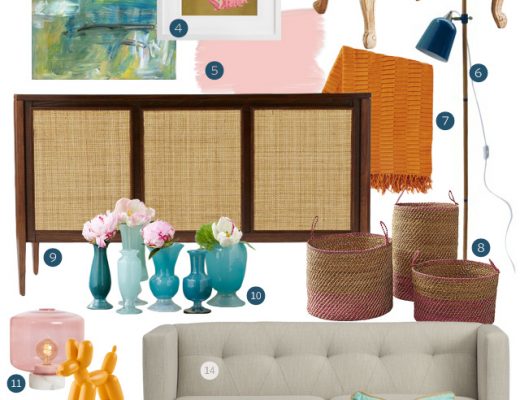 Making it Yours 12A: Lincoln and Dhurrie Armchairs 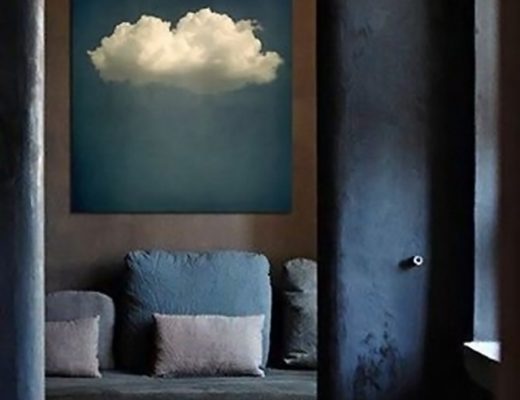