There’s more to be done in the bathroom you saw yesterday! It hasn’t been a huge priority for several reasons. First, it’s really not too bad as it is. Second, it’s the third of three bathrooms, and the least used one. Third, our money has been going to other house expenses, and toward saving for work to be done in the kitchen. But? When I was up there swapping out the shower curtain and hanging the new towels, I thought I could do a lot to update the bathroom without it being too difficult or expensive. A new faucet and lights would go a long way in there! Paint would be a big change too, but I like the all white everywhere that’s in there right now.

The cheap brass sconces and the faucet we have now are in fine shape, but the style and finish (respectively) don’t work for me. So what will work? Oh, funny you should ask! I have many thoughts on the matter. I think too much about this stuff sometimes.

I usually prefer cross handles, and I definitely prefer widespread installations. This is a simple bathroom update though — I’m not replacing the sink, and the holes are drilled for a 4″ centerset faucet. There is such a thing as a mini widespread faucet (it’s usually one that gives you the option of installing at 4″ or 8″ apart), but the escutcheons are hard to clean around when they’re that close together. They’re also more expensive, and it just ends up looking like you squished everything in toward the center on accident anyway. Centerset it is. And with centerset faucets, levers look better than cross handles.

The choice of sconces will drive the finish of the faucet. Polished will go with polished, antiqued will go with antiqued. I’ve read that you can strip the chrome finish off of a brass faucet, so that’s an option too. (Good idea? Bad? Who knows!) I can try it with the one I have now and we’ll see how it fares. If it’s awful, I’ll order one of the ones below. 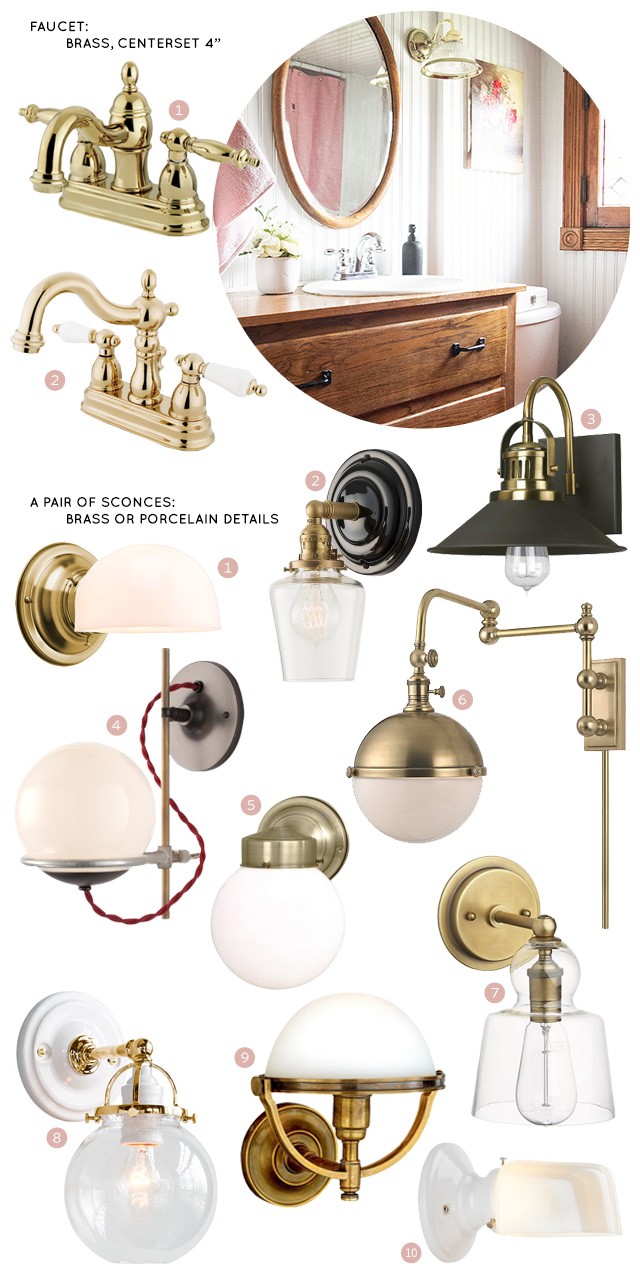 The only light source in this bathroom, aside from the window, is the pair of sconces. The ceiling is low, low, low, and I’m not interested in moving the junction box and trying to repair or replace the beadboard. So we’re working with the cards we’ve been dealt here (which really are not bad, they’re just considerations to keep in mind). Too big, and the bathroom will be all HI, HAVE YOU SEEN THESE LIGHTS? We need good general illumination, so no metal shades that only focus light downward. Nobody is doing their makeup up here — the light can be softened with a glass shade (more flattering) or the bulb can be exposed (more harsh, but looks cool). They make convincing looking LED Edison bulbs now, so if the bulb is visible, it will be one of those.

These are the options I’ve been considering, along with my thoughts on each. I’ve already ruled a bunch out, but I haven’t make my final choice for the winning lights yet.

All right. Thoughts on the lights? And have any of you ever tried removing the chrome plating off of a brass fixture? I know people will spray paint a metal finish, but that’s not something I’m interested in for a faucet. I’ve searched and found a few methods (mechanical abrasion, aka sanding, dipping the faucet in chemicals, or taking it to a shop to have the electromagnetic plating attraction reversed), but I’m not sure which is best. As with so many things in life, the answers may lie in a Steampunk forum? 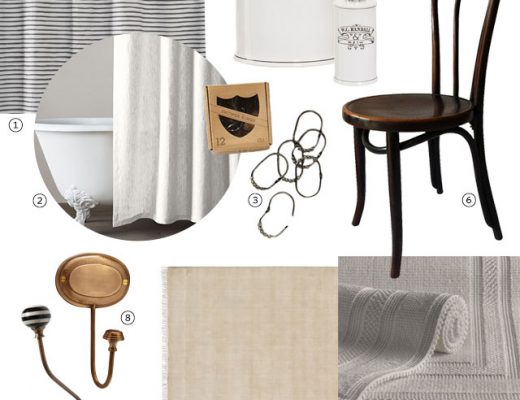 Neutrals Plus Pink for the Downstairs Bathroom 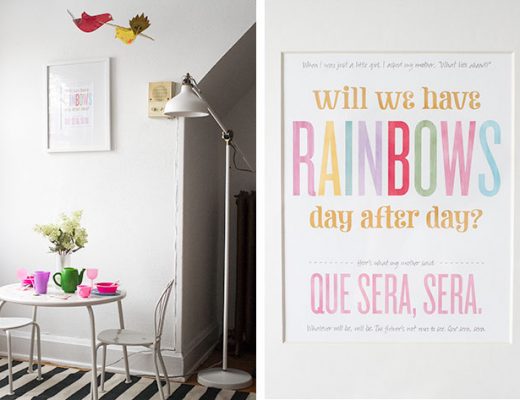 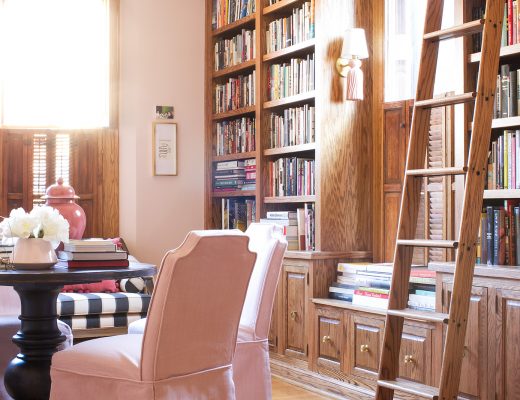