A while back, I took a few quick pictures of the kids while we were waiting for a table at a restaurant. They were bored, hungry, and making funny faces to amuse themselves — August and Eleanor on each end, with a resigned Calvin in the middle who was over the whole thing. It totally captured their personalities. And now? Those faces can greet you as you have your morning coffee. 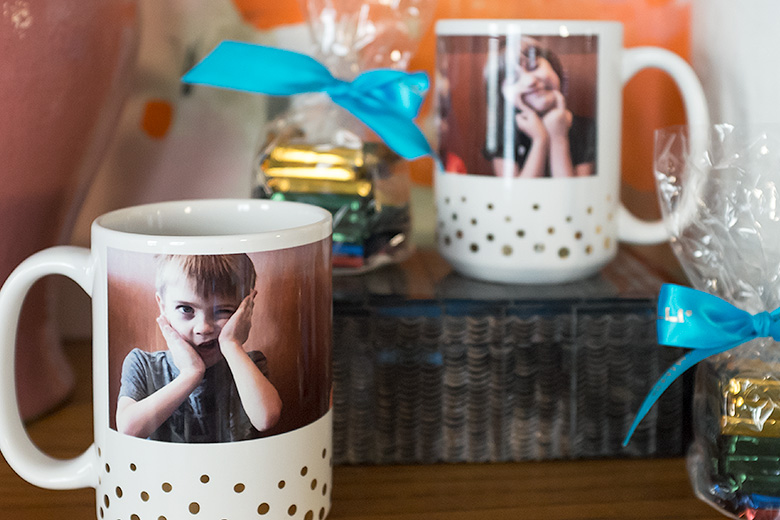 We have plenty of photos of all three of them where they aren’t making faces, but their silly pictures crack me up and I think it’s even funnier that they’re mugging for the camera on a personalized mug. Hello, grandparent gift! I got a matching set from Shutterfly where you can add Ghiradelli to your order; I included assorted squares of chocolate with ours.

Shutterfly offers non-photo personalized gifts too. I chose a monogrammed pouch for each of the kids in colors I thought they would like. We’re going to fill each one with treats before wrapping them up for Christmas, and then each kid could use them for their little toys and treasures. 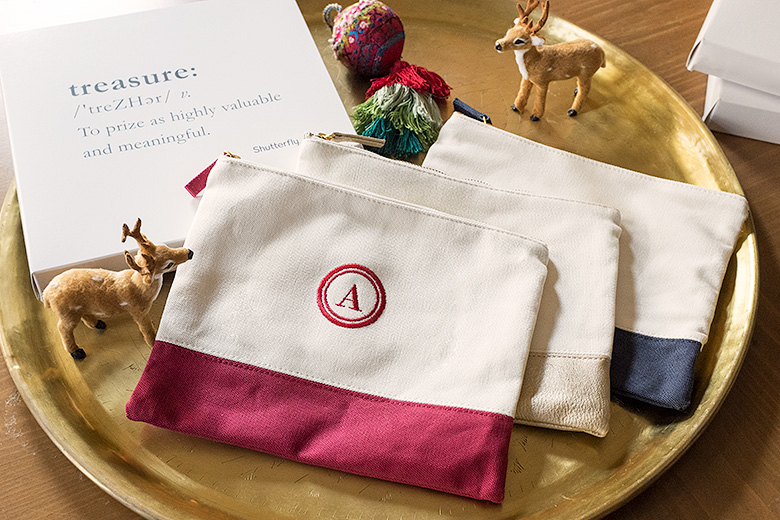 I’m wishing I’d picked up a canvas tote for myself! I’m a sucker for embroidered initials. 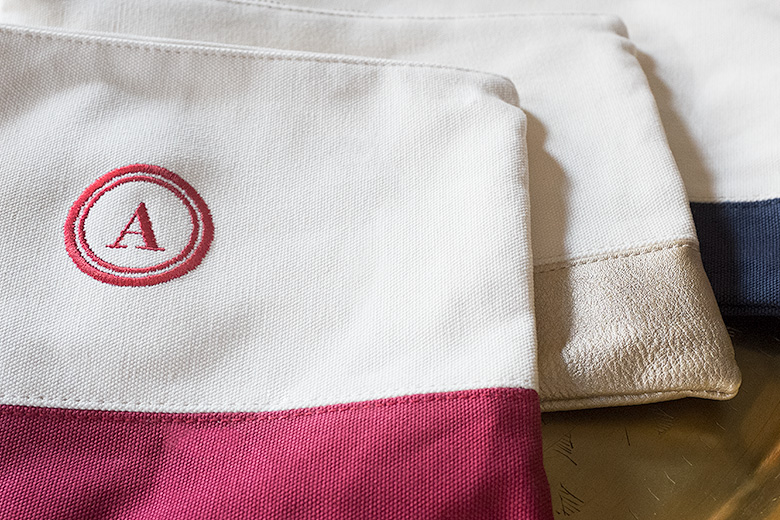 And here’s the one I’m most proud of because I made the pattern myself. “Wheel cars” (as Calvin calls them) on a custom pillow and blanket! They’re going to go in his room, but the lucky kid got an early peek while I was photographing them to share here. 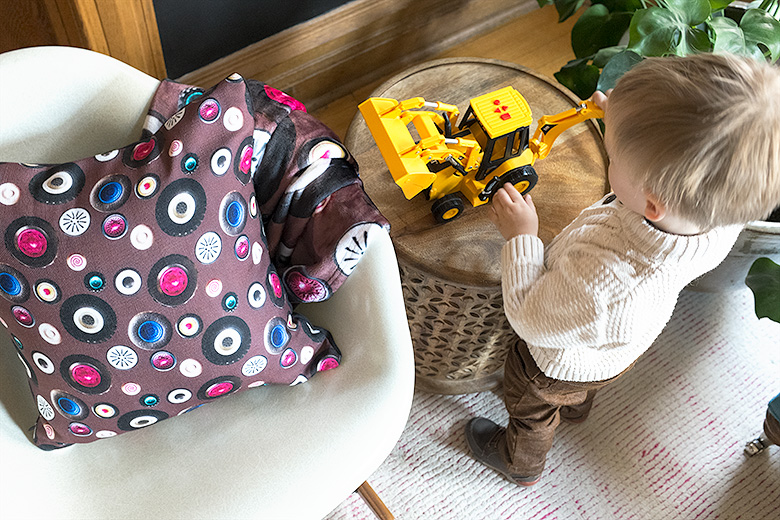 Eleanor and August each got a fleece blanket as one of their Christmas gifts last year from our family. They use them when they’re cold, but also when they’re playing, having pretend picnics, building forts, making superhero capes, and so on. Calvin didn’t get a blanket of his own, so I designed and ordered one for him.

I looked through our toy cars for the most interesting wheels, and then photographed almost two dozen of them. 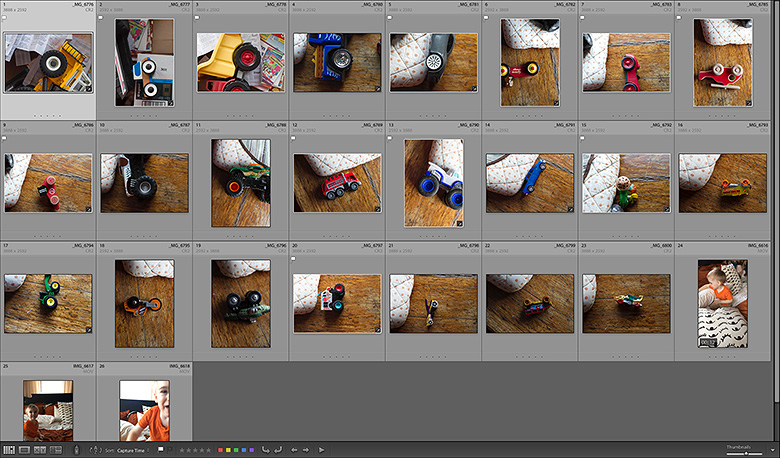 I cut out those wheels in Photoshop, arranged them and created a repeating pattern, then added a background color and played around with the contrast until I liked the end result. 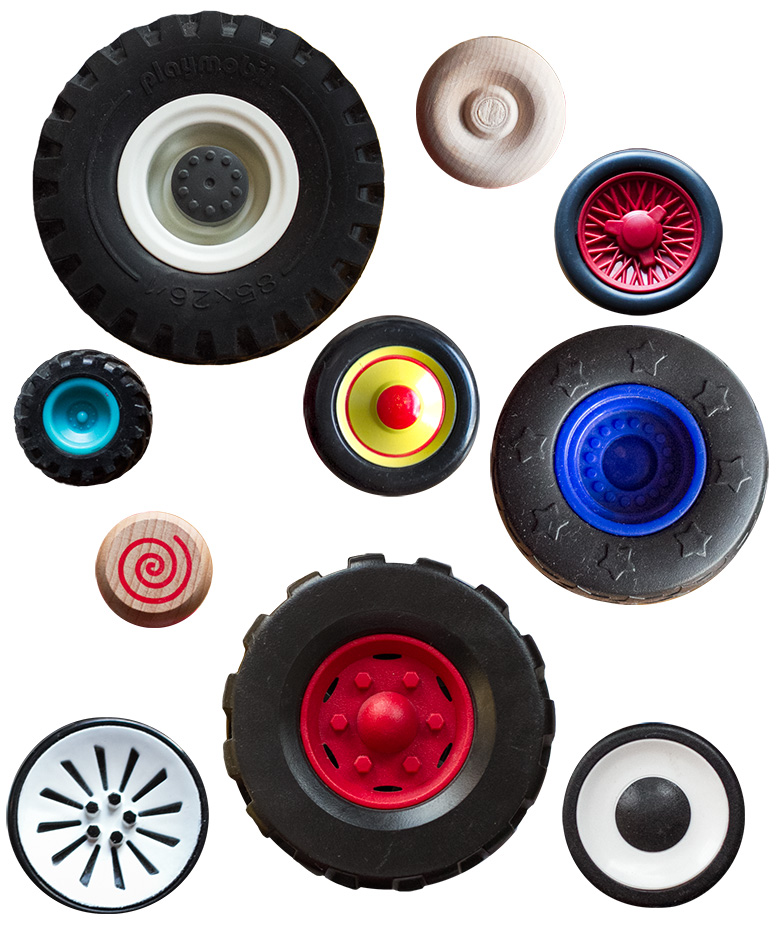 I realized when I was done that it would make a cute matching pillow for the bed, so I ordered one along with a plush fleece blanket. There are pre-designed pillows and blankets too, but Shutterfly made it super easy to personalize everything. I saved my pattern as a jpeg and uploaded it just like I did with the photo of the kids, and I love that we have something for Calvin’s room now with a design I made myself. 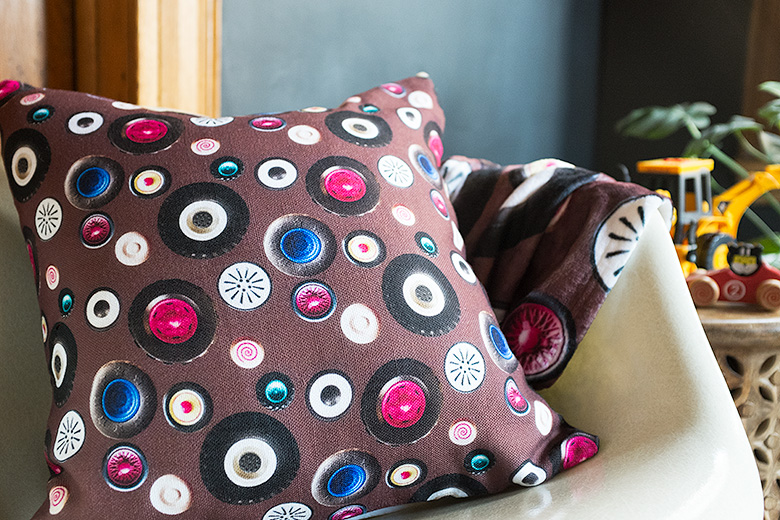 It’s a total kid pattern, but it was fun to make. “Wheel cars!” And now I want to make a million more. Photo collage style again, or break out the gouache and paintbrushes?

This post is sponsored by Shutterfly. Awaken your space with your vision. Shop Shutterfly Home Décor for personalized home accents that are uniquely you. 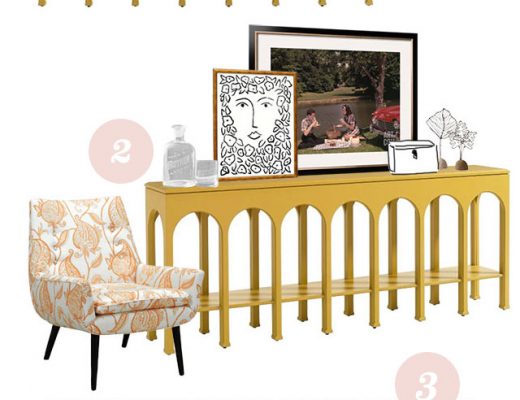 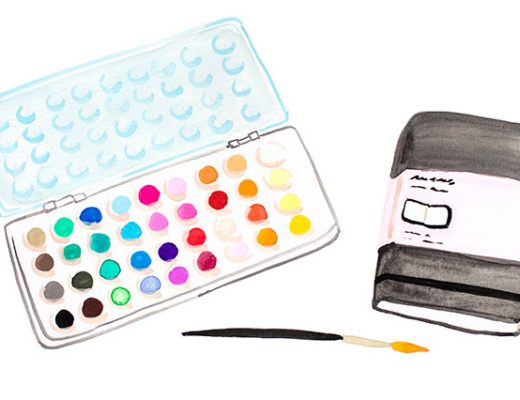 Giveaway! A Watercolor Palette and Sketchbook 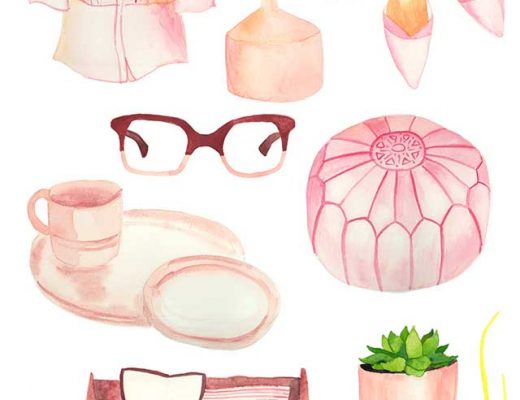