With the Push of a Button

The first and second floors retained most of the original Victorian hardware but there was a mishmash of light switches when we bought the house, so we swapped them all out for brass plates with period-appropriate push-button switches. The third floor, however, had remained cobbled together. The paneled wood doors were different styles, sizes, and colors, and all had mismatched hardware. The lighting fixtures were blech and the generic white toggle switches were nothing special. My plan for the space has been to elevate the details, bringing them in line with the rest of the house so they would feel less like an afterthought.

I kept the white trim but painted all of the doors black a few months ago. The old doorknobs were replaced with brass knobs and mortise locks chosen to reference the ornate detailing of the original hardware downstairs. I also installed brass sconces and added black shades that look amazing with the black doors. With those upgrades taken care of, I turned my attention to the light switches. 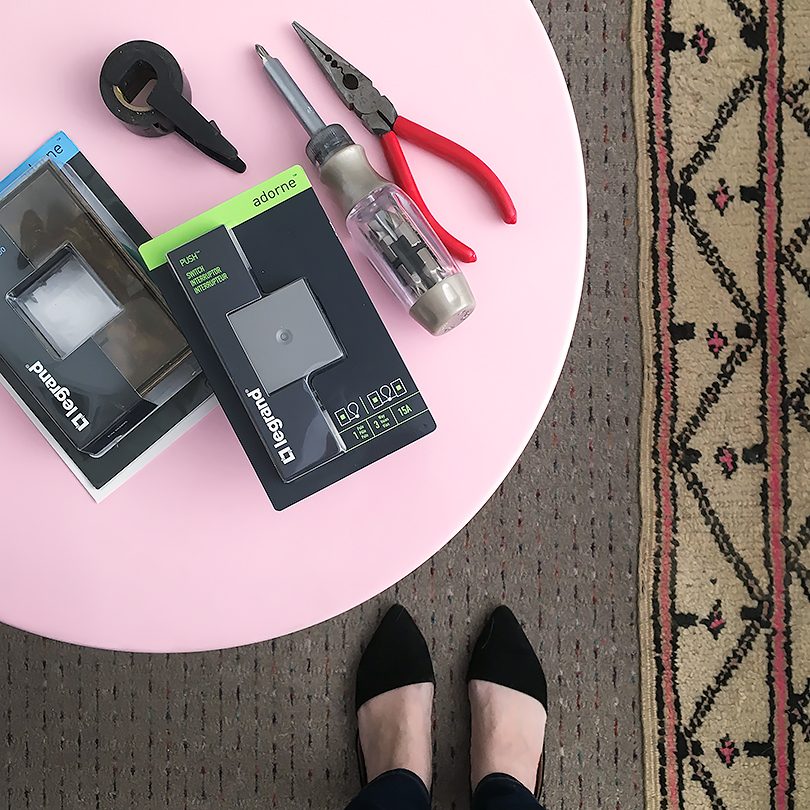 Legrand offered to send my choice of their Adorne switches and wall plates, and I first thought about going with all white. The third floor is more modern and less period than the rest of the Victorian, but I do still want it to feel like it belongs. White didn’t seem right. The doorknobs that I installed are a sort of modern take on Victorian hardware, so I went with the Adorne Push Switch, which I figure is the modern version of the old style push-button switches on the first and second floors.

Magnesium gray switches and aged brass are a nod to the black and polished brass of the past. There are tons of styles and colors to choose from for the wall plates though, including a customizable option that can be painted or wallpapered. There aren’t any visible screws on the plates, so the overall effect is super sleek. 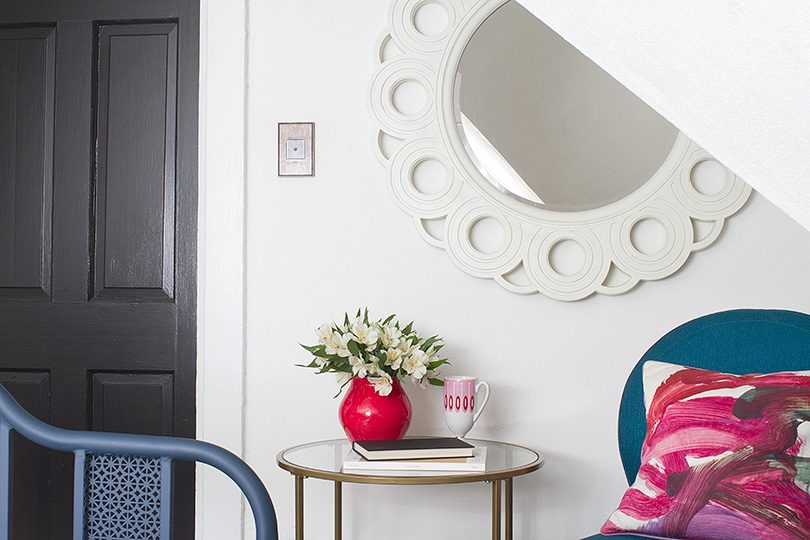 I turned off power at the electrical panel for the circuits I was going to be working on. There are instructions included with each Adorne switch or outlet, but the short version is to start by removing the old switch plate and switch. Pull the wires through the new backplate and screw it in, connect the hot wire and neutral to the new switch, then tighten the screws to hold them in place. I added electrical tape around them before pushing them in, but maybe that’s overkill? You push it into place until it clicks in, then do the same with the wall plate. Done.

I documented the whole installation on my Instagram Stories and saved the video. Apologies for the tight closeups, but I cropped it from a vertical to a horizontal format.

Some of those switches on the third floor had definitely seen better days. They’re so much better now!

Upgrading the details of a house, especially those that you touch and interact with daily like light switches, make such a difference. Our Adorne light switches feel modern, but also like they totally belong. 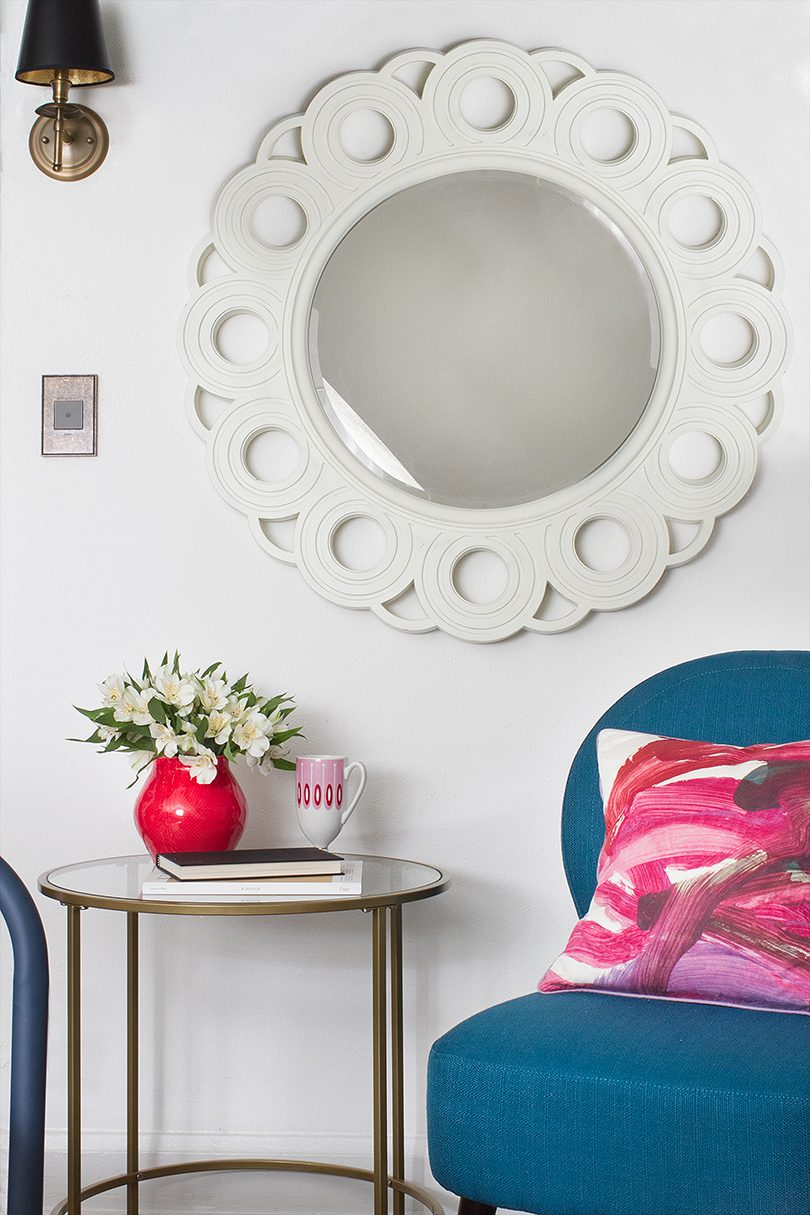 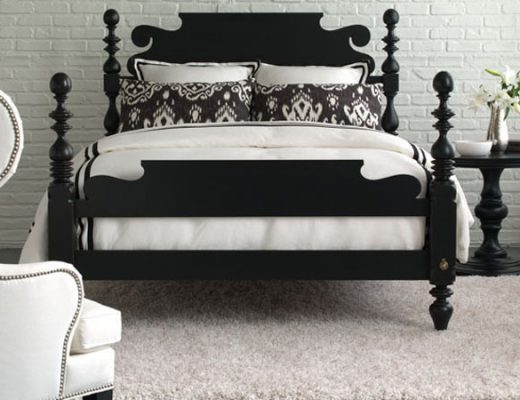 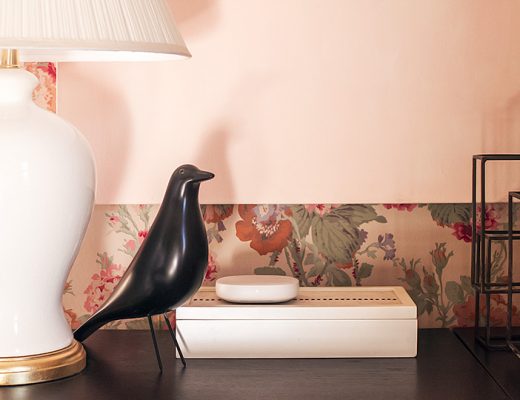 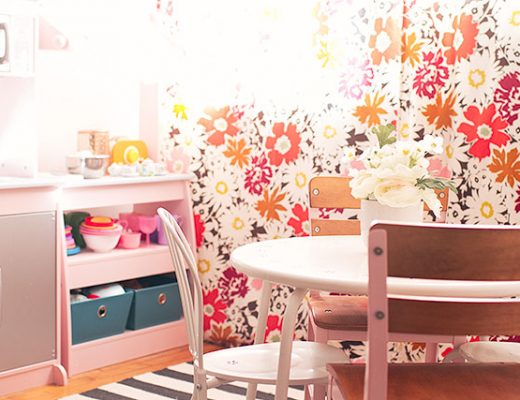