I checked another item off my 30 Before Thirty list last night! #8: Sew a dress for Eleanor. I made a pillowcase dress, following Jaime’s tutorial on Prudent Baby. 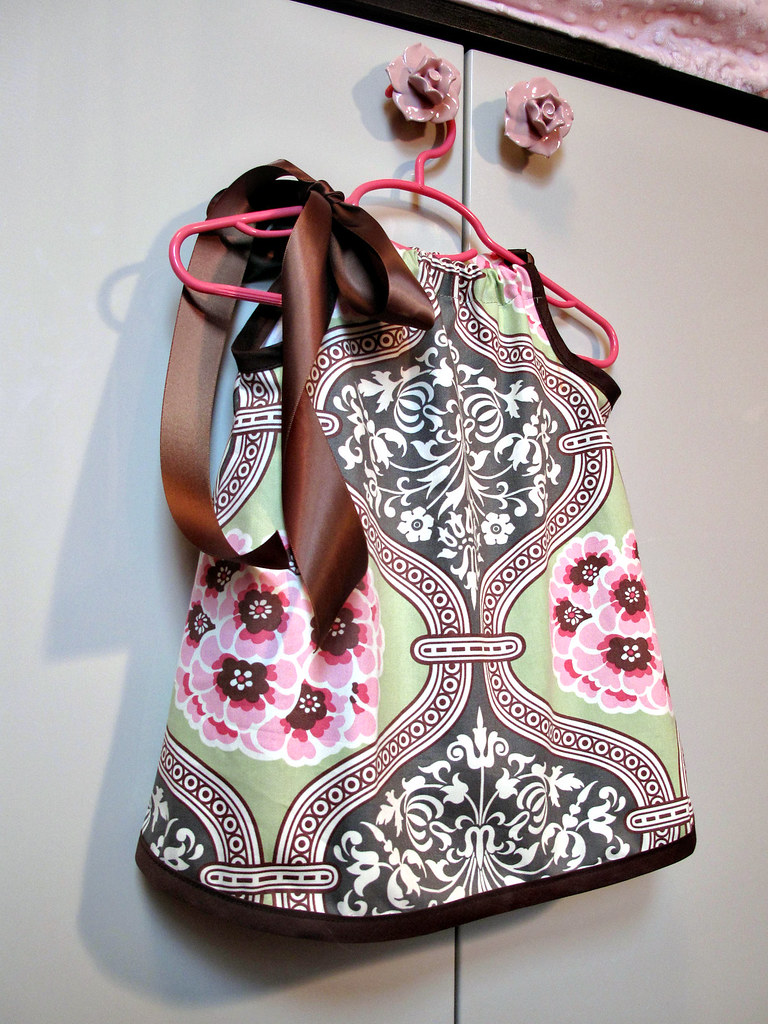 I was going to make my own bias tape because Jacinda’s was so cute, but then I hesitated after realizing that it’s probably a huge pain to do without the proper doodad. Twitter confirmed my suspicions. 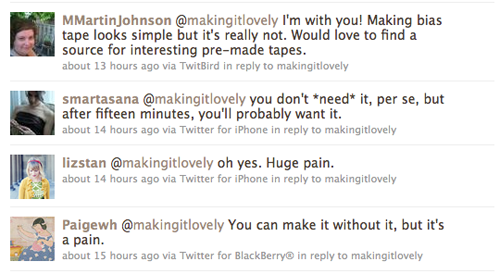 So I went with the brown bias tape that I already had on hand, and some Amy Butler fabric that I bought for curtains but never used. The dress took me three hours from start to finish, but that is because I am most definitely a novice when it comes to sewing. It would probably only take an hour and a half, maybe two hours, for someone with more experience. 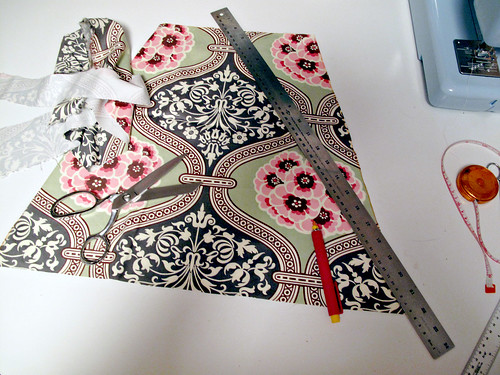 The dress turned out nicely though. It’s so sweet! I’ll probably swap out the long satin ribbon for something a little more practical, but it was pretty for these photos. 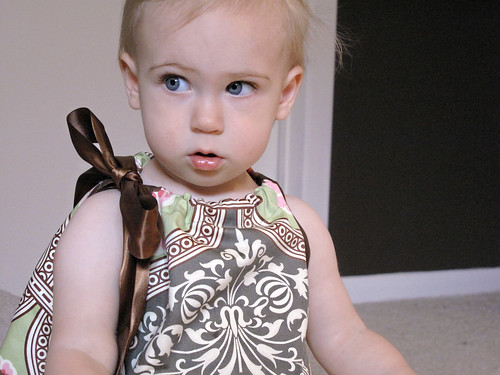 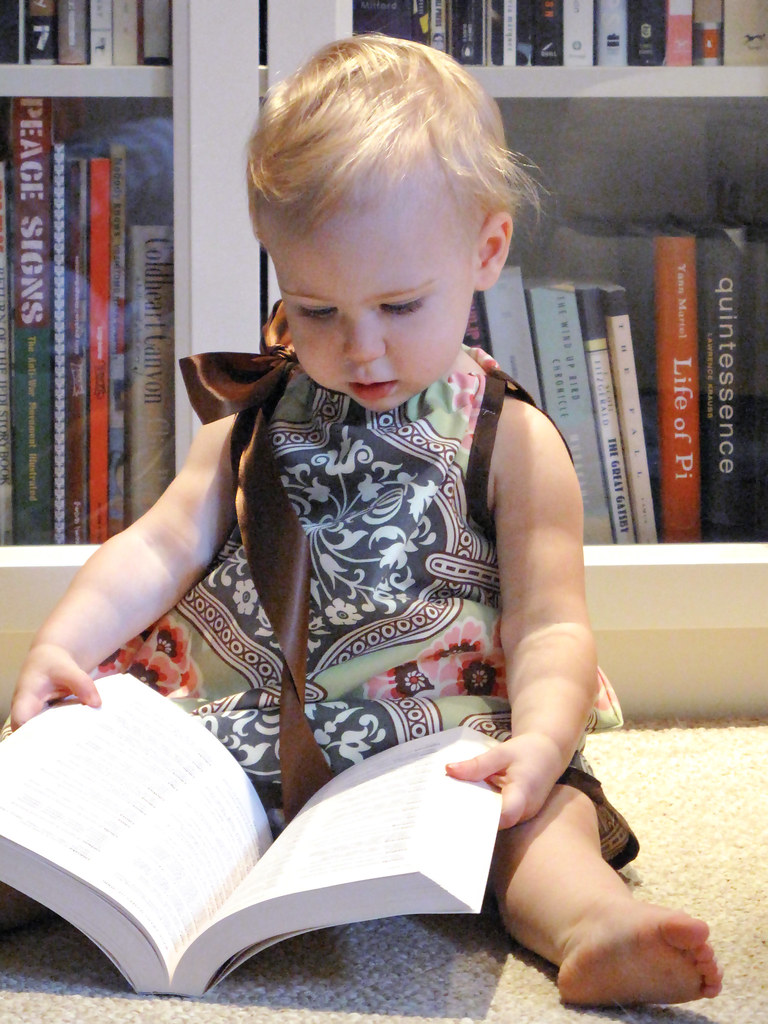 If you’d like to make a dress for a little girl but aren’t sure of your sewing abilities, I recommend making a pillowcase dress. The trickiest part was attaching the bias tape to the arm holes, but if you can handle that the rest is easy. And it’s so cute. I want to make a million more. 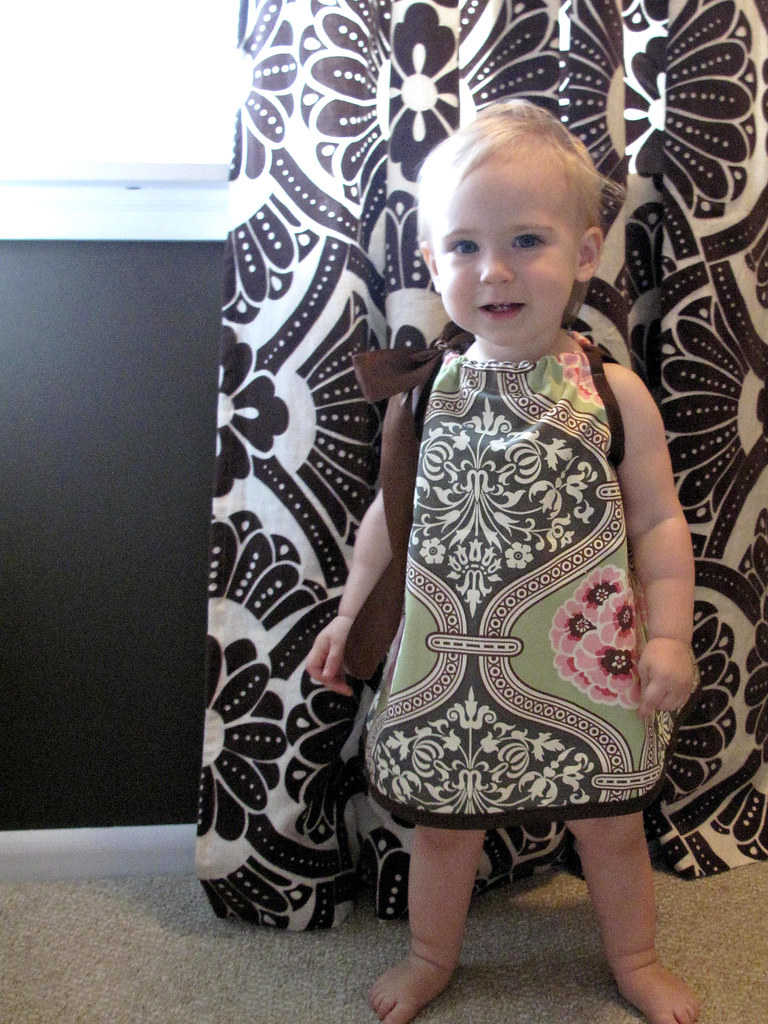 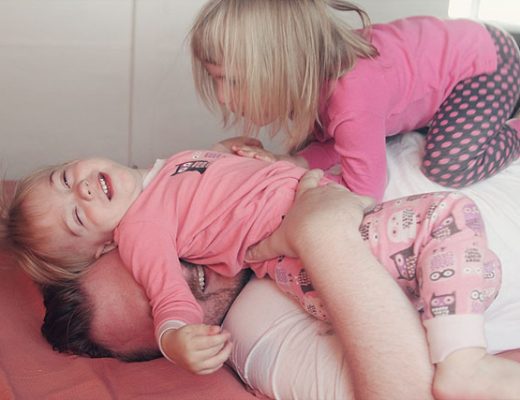 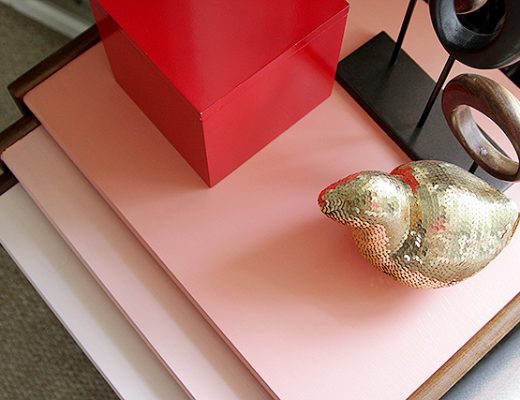