Dresser and Play Chair Provided by The Land of Nod

August’s nursery is finally ready for the little guy! 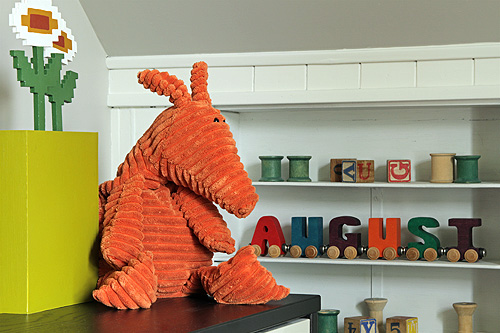 He slept in a cradle in our bedroom for the first few months, but Brandon and I started putting him to bed in the crib a couple of weeks ago. Until yesterday, the room was still in all of its former pink glory. 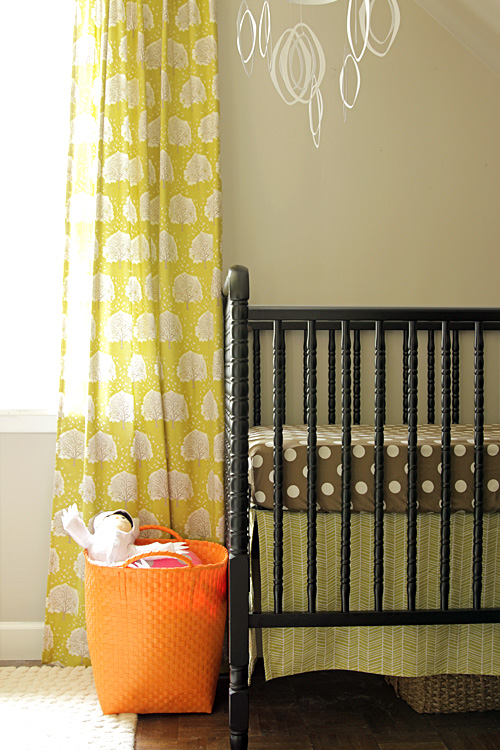 I sewed those curtains and crib skirt from fabric by Joel Dewberry, and the brown polka dot crib sheet (no longer available) was from the DwellStudio for Target line. To the right of the crib is the odd sunken end of the room, which continues to function well as a play space. 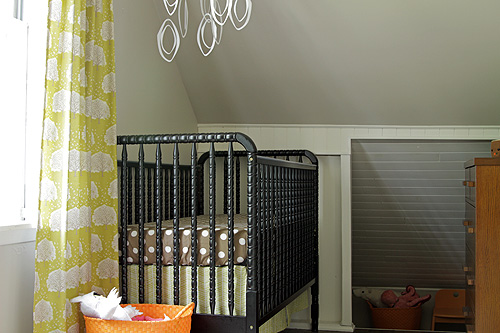 We moved in a fun rug and an orange play chair. Obviously, August is much too small to play down there, but Eleanor loves it. 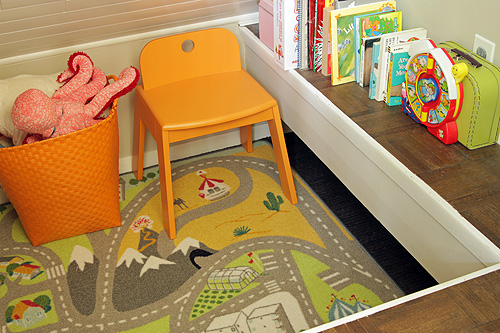 There are more stuffed animals in a basket next to the crib. 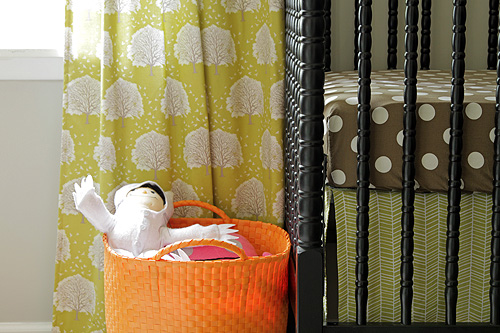 Opposite the crib is August’s dresser. There was a vintage dresser that we painted pink for Eleanor when this was her nursery, but that’s now in her new bedroom. We replaced it with this wooden one. It’s more masculine, and I really like the addition of the warm wood tone in the room. Plus it’s named after our town, Oak Park! I think it’s funny that Eleanor has her namesake mirror, and August has his hometown dresser. And that zombie clock above it cracks me up. 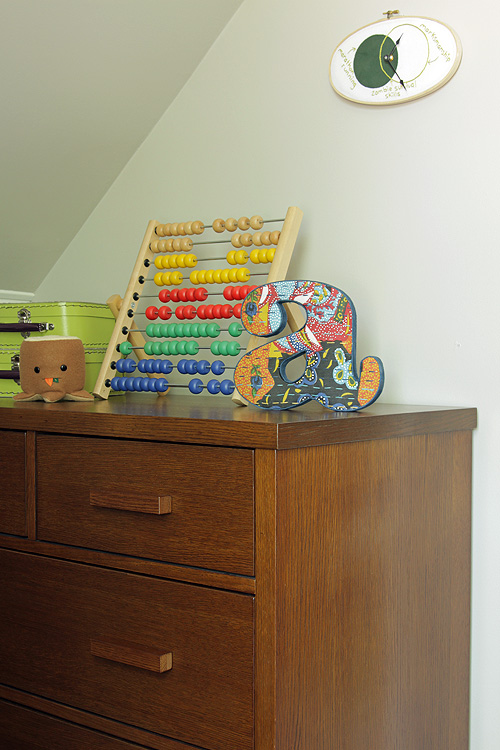 I’m still loving my glider and ottoman. I usually keep a water bottle and some books on the side table next to it, and it’s a nice spot for nursing. I also read to Eleanor and August in that chair, rock August to sleep, and occasionally fall asleep myself there. The Artistamps print above the table is by The Small Object, and it used to hang in my former studio. 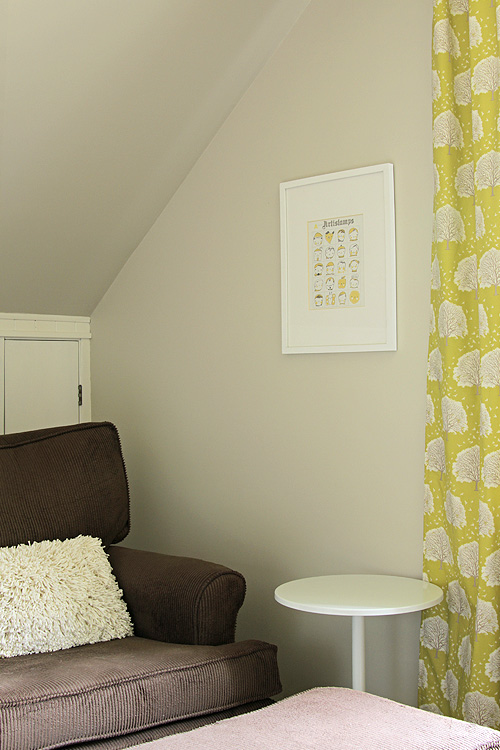 The changing table is still made up of two IKEA Effektiv bookcases. I love the setup because we have tons of storage for all of the necessary but unlovely to look at baby items. 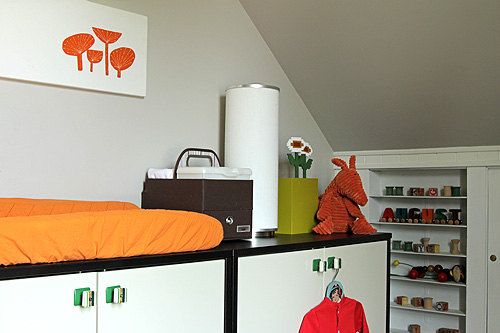 I keep a basket for laundry at one end, and there is a diaper pail tucked away on the other side. 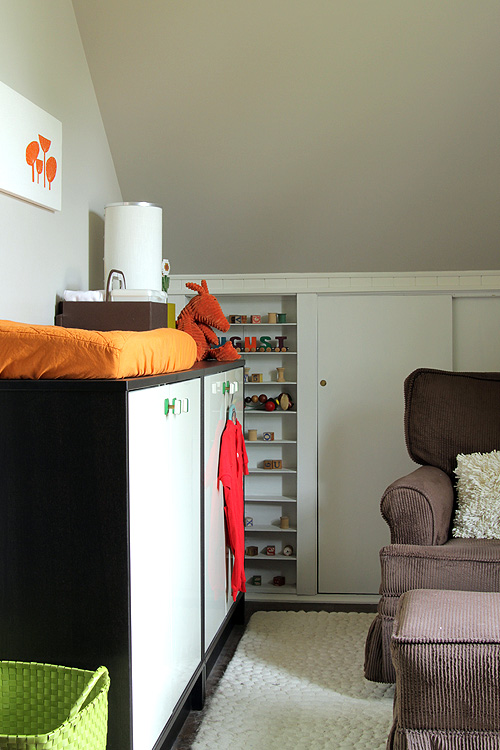 I linked to many of the items above, but there is also a separate page of sources, so take a look if you’d like to know where something specific came from. If there’s anything I missed that you’re curious about (I didn’t list every tiny little thing), I’d be happy to answer questions in the comments.

It’s amazing how just a few changes from Eleanor’s nursery make it feel so different for August. 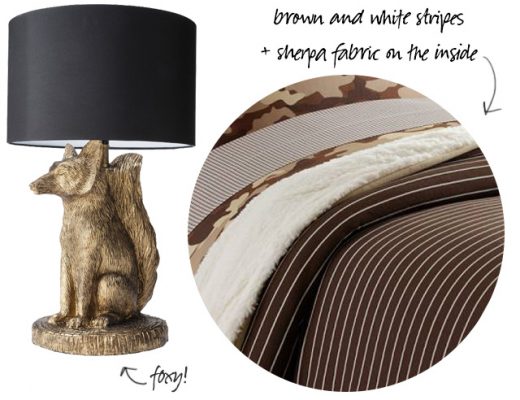