Our little boy is all grown up! We’ve been following the window daybed in this edition of Making it Yours (MiY) as it grows with him, and so far we’ve seen it in his childhood bedroom and again as he was a teenager. Now he’s on his own, and the daybed has found its way to the living room as the couch in his apartment. 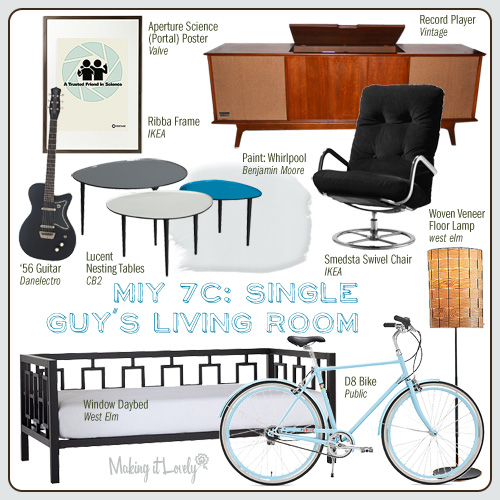 Our guys still loves to play guitar. He’s pretty into his music, so he picked up a vintage record player and is now annoyingly into vinyl (he just brings it up waaay too often at parties). He has brought his black armchair with him from his teenage bedroom, and he likes to relax by playing rad games like Portal (hence the framed poster). The living room is a little sparse, but he did bring in some cool nesting tables and a floor lamp with a wooden shade, and he likes that there’s room to keep his bike by the front door. There’s no rug, but the apartment has wood floors, and he painted the walls gray/blue.

What’s next for our single guy? Want him to settle down or keep living the bachelor life? 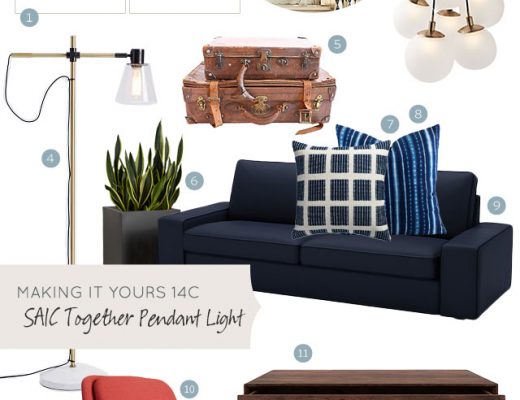 Making it Yours 14C: SAIC Together Pendant Light 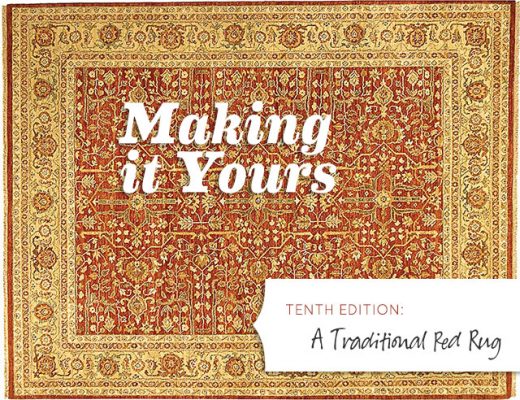 Making it Yours 10: A Traditional Red Rug 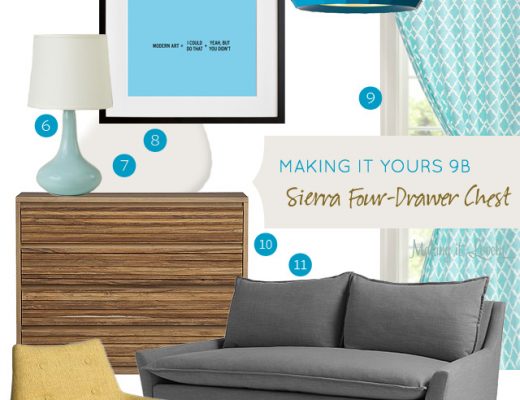 Making it Yours 9C: And Baby Makes Three