MiY 7d: Our Guy Grows Up

Making it Yours (MiY) is all about following a piece of furniture through several different stages of life, and showing how to reuse and repurpose it. In this edition, we’re following the window daybed, first seen here in a young boy’s bedroom. He still had it as his bed in his teenage bedroom (he’s a short enough guy), but when he moved out it became his couch. He still had a lot of maturing to do, so now we’re checking in on him many years later. 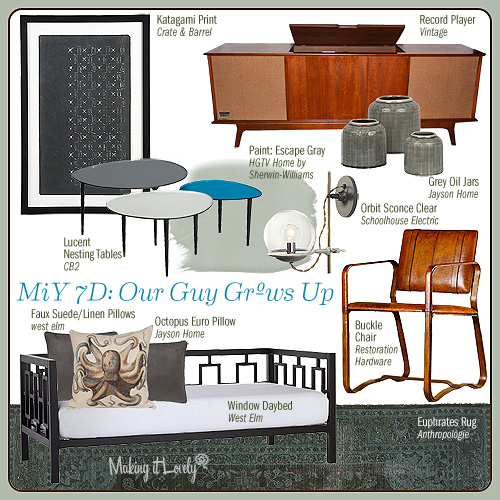 The daybed still functions well as a sofa here, but the other elements surrounding it have become more sophisticated as our fellow’s taste has evolved. A worn looking rug, industrial lighting, and cool vintage-style chair play off of the mod nesting tables and vintage record player (both kept from the previous look). Oil jars bring a nice texture in, and the wall color picks up on their green/gray/blue shade. A Katagami print adds graphic punch to the walls, and the daybed has been softened with a few faux suede pillows and an octopus pillow.

The daybed has held together well, and we still have one more look to go before ending this edition of Making it Yours. Our fictional guy has come so far, and I start to feel attached to my characters as I design their spaces. I have a couple of ideas for the end, but I’m waiting to see where he’ll end up exactly! 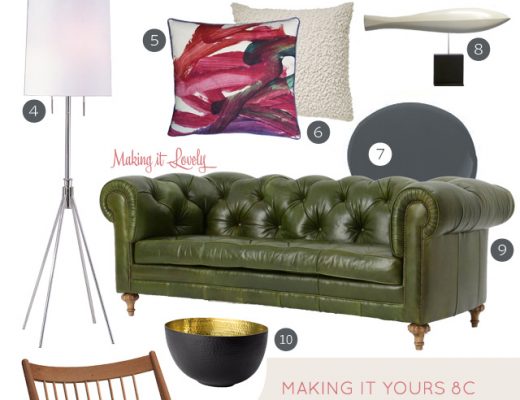 Making it Yours 8C: Leather Chesterfield 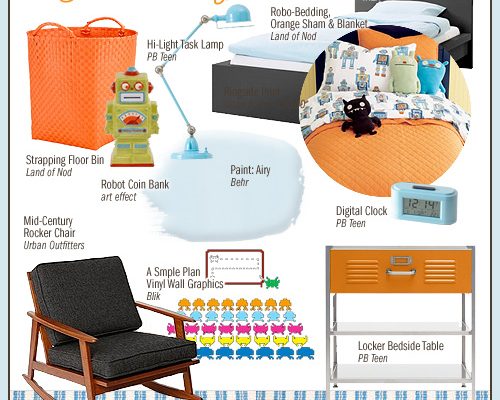 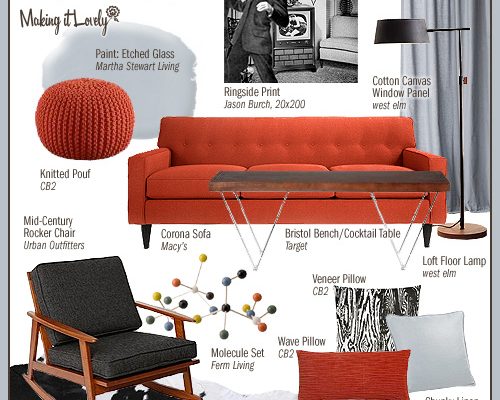