I bought an Eames Hang-It-All from one of those invitation-only group shopping sites. You know… the ones I don’t typically like to shop at? And oops, I bought a knock-off. The tag listed it as a “George Nelson Timepiece” (huh?). It was cheap, yes, but I didn’t realize what I was buying, and for a knockoff it was pretty much the regular price. 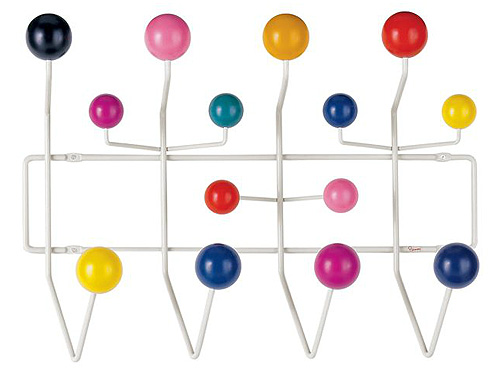 That's a licensed Eames Hang-it-All. Mine looks mostly like it, but some of the colors aren't as vivid.

Oh well. It will be fine for the awkward stairway to the basement. We used to have some inexpensive hooks and a shelf from IKEA, but the contractors that worked on the basement remodel didn’t realize that we actually wanted them, so they were tossed. I guess they thought they were ugly relics that came with the house! Here’s an old photo of them in place. 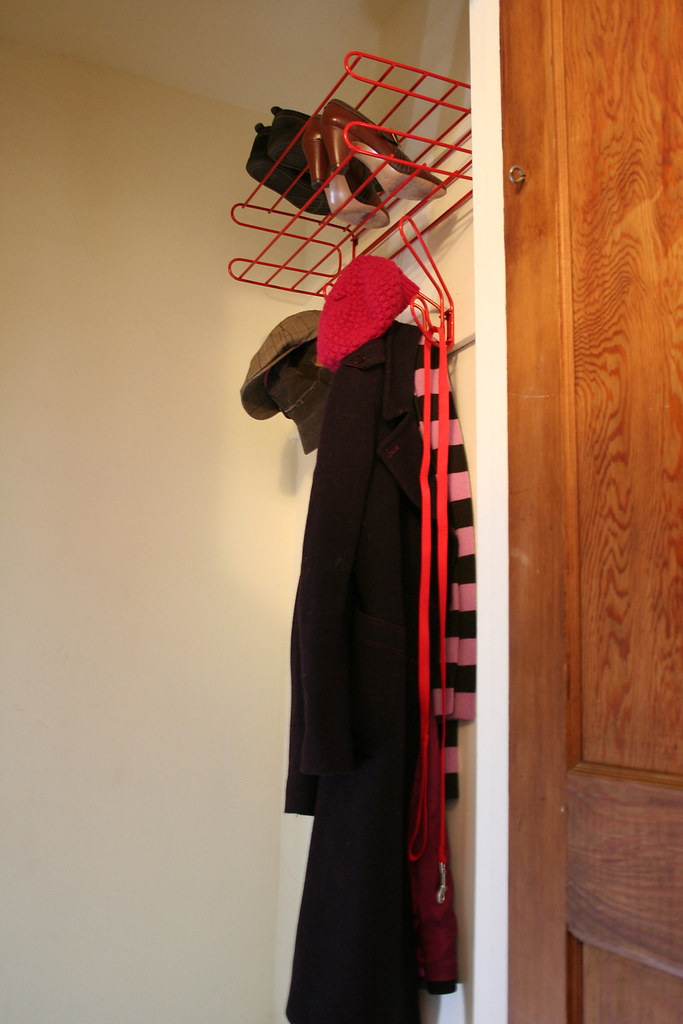 I’ll make time to tackle installing the new hooks this weekend, and I’ll of course share photos after. If I don’t kick myself in the pants to get it hung, I’ll never get around to it! I’ve been meaning to do it for more than a month already.