No tears here, on the mama’s behalf or the daughter’s. I think it will be harder on me when she starts kindergarten, but she only goes to nursery school now for a few hours a day, four days a week. And the girl is so excited! 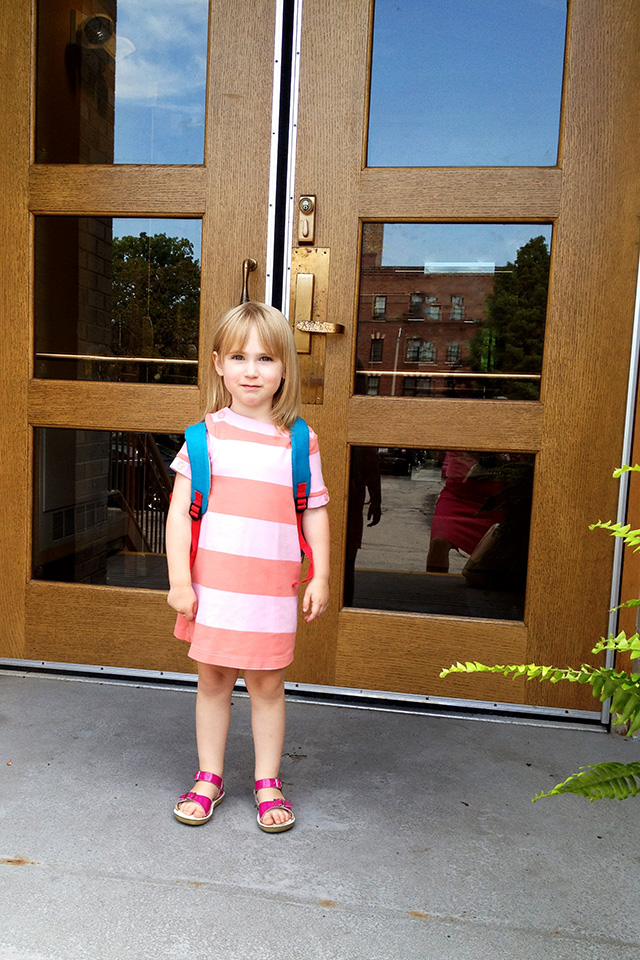 The first day was only an hour long, and Eleanor was able to meet half of her new classmates. Today will be two hours and she’ll meet everyone else, and then tomorrow will be the first full day. 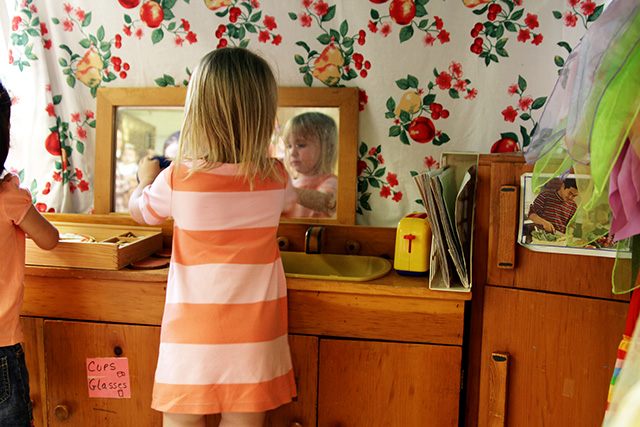 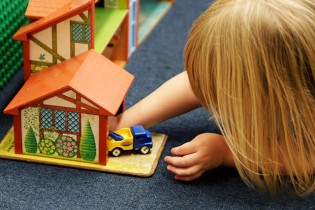 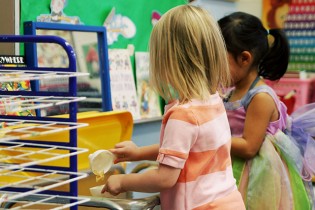 Brandon’s family has deep roots in her new school. His mom taught there. His late father helped dig the playground. His two older sisters and he went there as children, and one of his sisters taught there when she grew up as well. Eleanor’s five older cousins each went there. 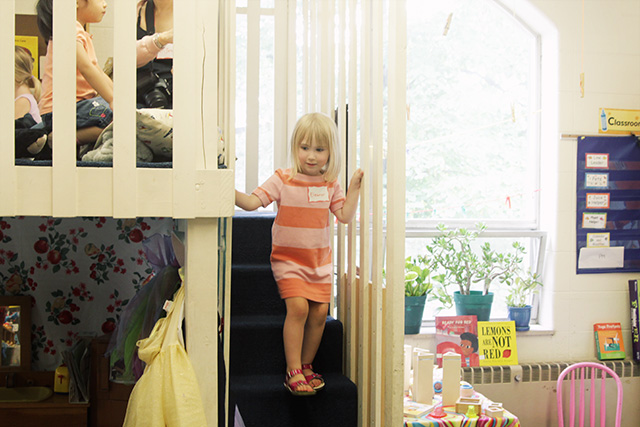 The loft that Eleanor was playing on had been added to the room by her grandma. This was her classroom. 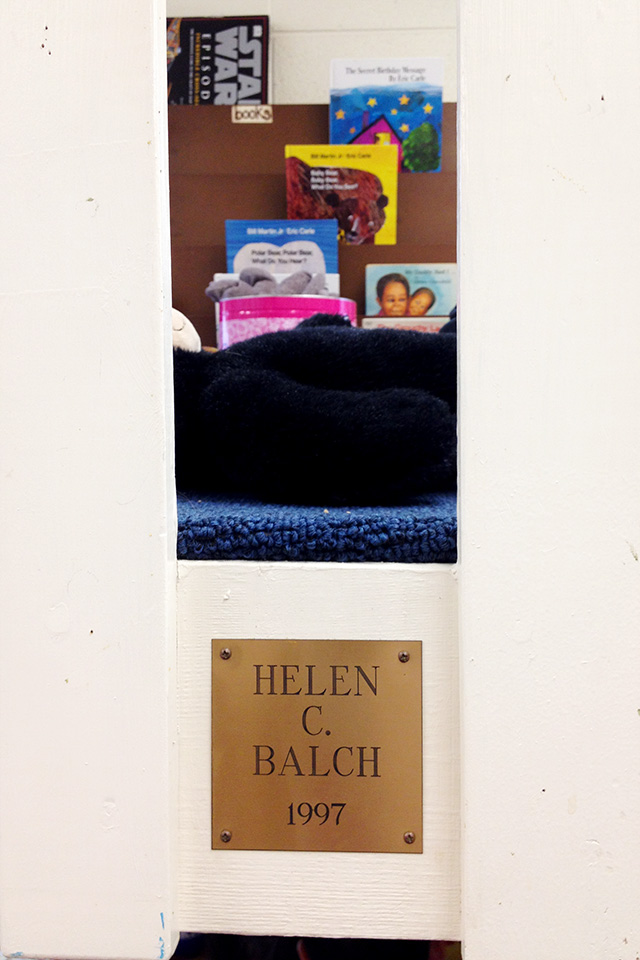 E will get to play on the playground everyday, do art projects, interact with other kids, and learn so many new things. She’s thrilled. 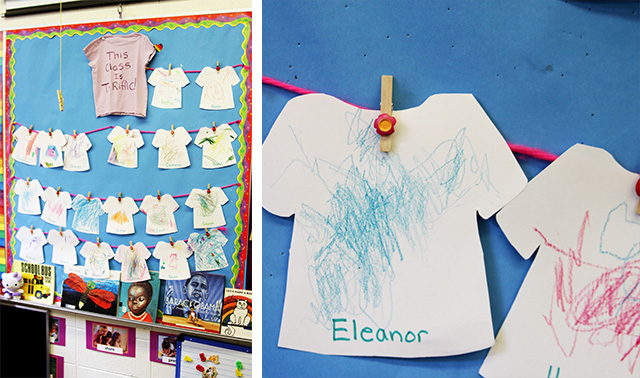 You know how little kids sometimes think they’re giving you a great smile for pictures (“cheese!”), but it really looks like a forced grimace? Yeah, I think Eleanor may be entering that phase. 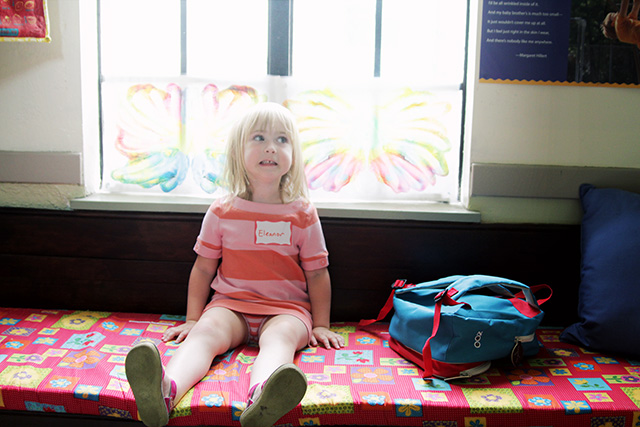 And she can put on her backpack herself. (OK, there was maybe a little sniffle there.) 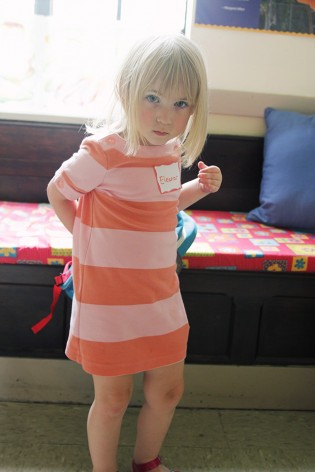 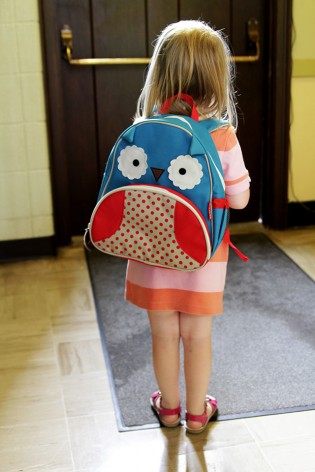 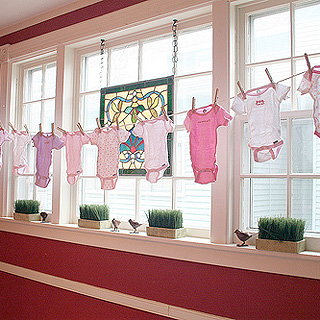 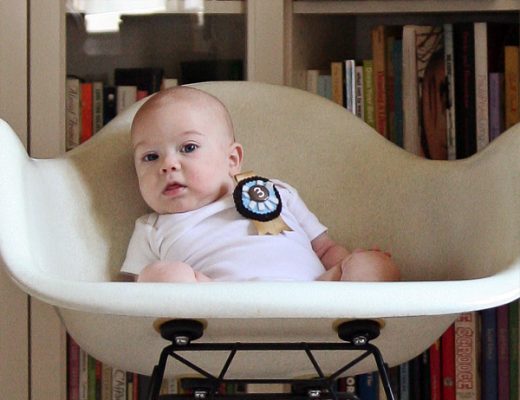