Yep, still thinking about where to put the nursery. I had something else planned to post today, but I’ll push it to next week instead. I looked through the 400+ photos I took of the house when it was empty and found a couple more to share that might help you understand the layout a little better. Also? I created a layout. I’m helpful like that.

I’m still not keen on the idea of moving one of the kids upstairs. Maybe when they’re older they’ll want to head up there, but while everyone is still little, I like us all on the same floor. So it’s really a choice of our family room or the second kitchen. 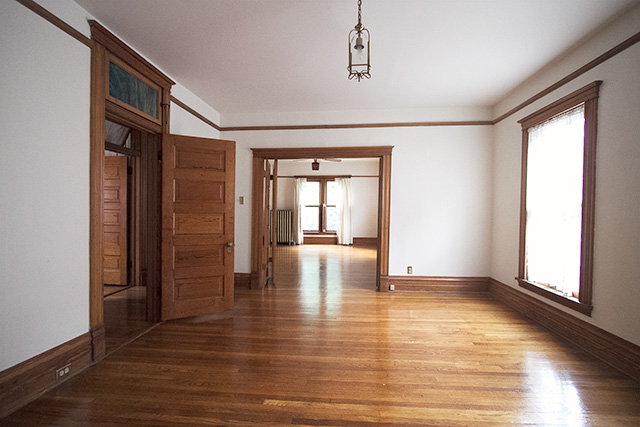 The glass doors and that large opening aren’t original, but I like them. Because of the openness, both rooms feel spacious and flooded with light. Here’s the view from our bedroom. 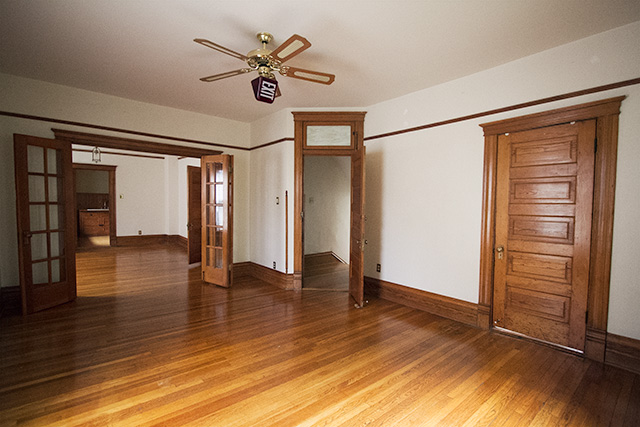 I adore the crazy jumble of doors everywhere. It’s one of the quirks that sold me on this house, whereas the second and third kitchens here? Not so much. Those were more like — eh, we’ll find a way to change those spaces and make them work. And while it may be nice to have the nursery right next to our bedroom and still keep those glass doors while the baby is a baby, it’s not something that will work long-term. Plus we’d still have the second kitchen which isn’t serving much of a function.

Using this room would be easy though, and requires minimal to no construction (either remove the extra two doorways, or close the doors and ignore them). 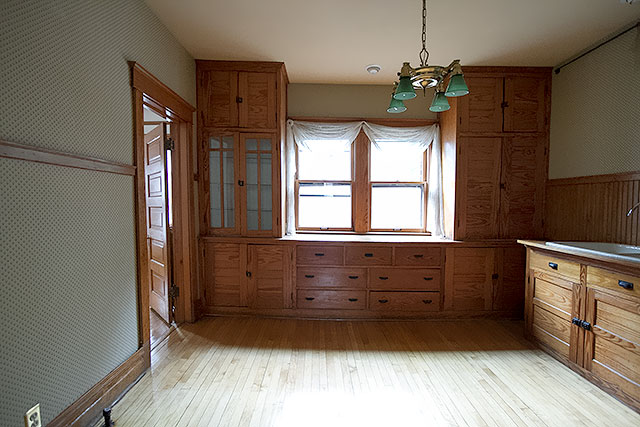 I know a lot of you think I’m crazy for wanting to get rid of the cabinetry. I’m not set on it, but I’m not sold on keeping it either. Many suggested putting a cushion on top of the center portion and using it as a window seat, but it’s too high and I’d lean more toward using it as a dresser if it stayed.

Now, that sink? Super charming! Where it is? Super weird! I want that cabinet out of there. 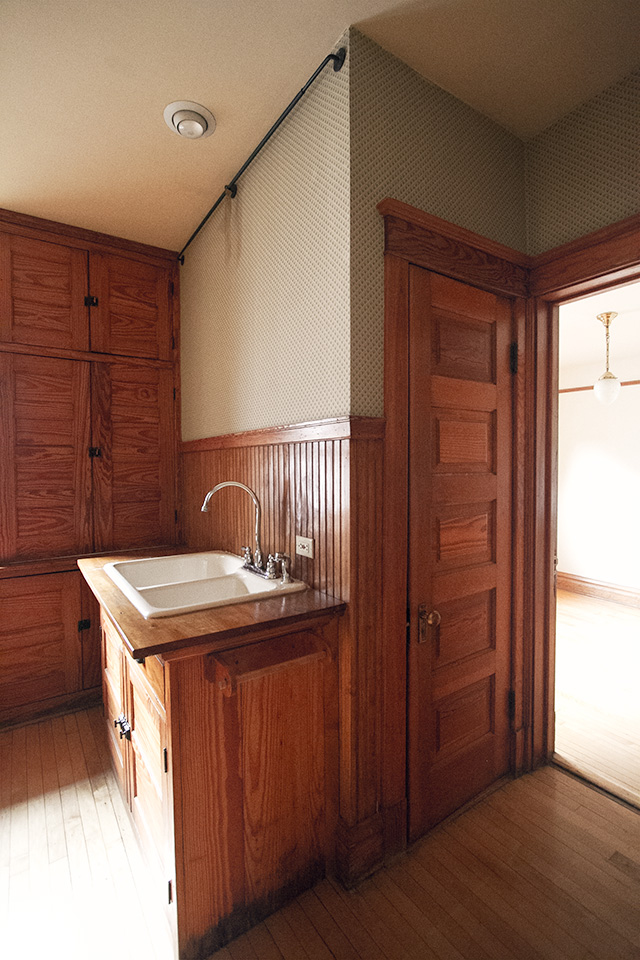 Directly to the right is a linen closet, and beyond that is another bedroom (which was a sleeping porch, once upon a time). Here’s a layout of the space. 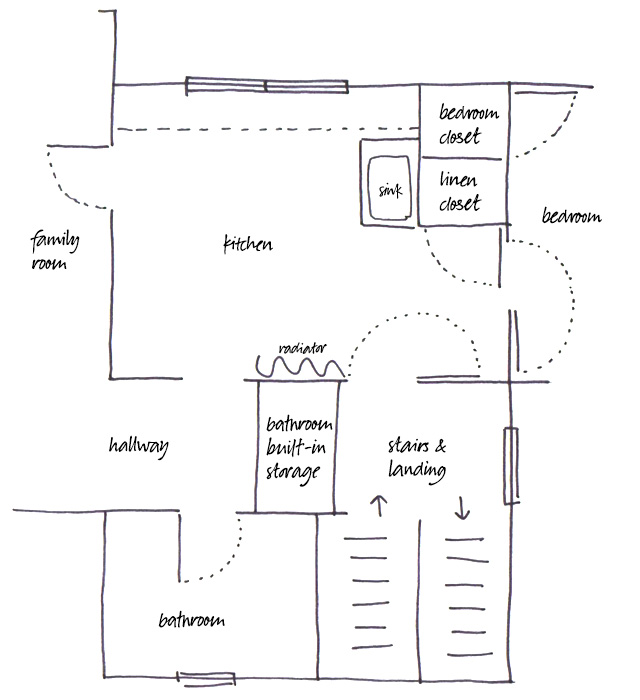 * Update: There is an alternate floor plan in the comments, showing how the hallway could be reconfigured. *

Plenty of awkwardness. For scale, the kitchen wall with windows is 12.5 feet long. If we did this room in stages, we would remove the door between the kitchen and the family room and reuse it so that we could close the room off from the hallway. The sink would go, but all other built-ins would stay. Minor construction, but we’d have to go through the baby’s room to get to the back bedroom or to the stairs.

We still have a lot of thinking to do. 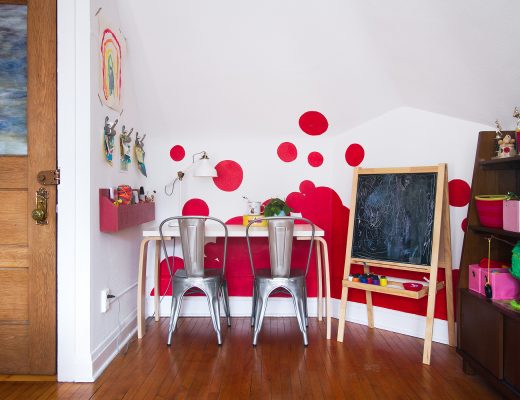 The Playroom to Home Office Layout 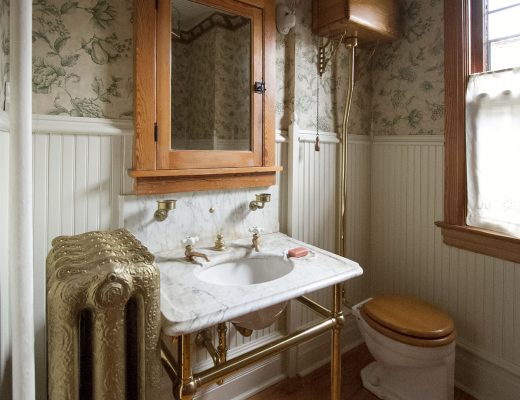 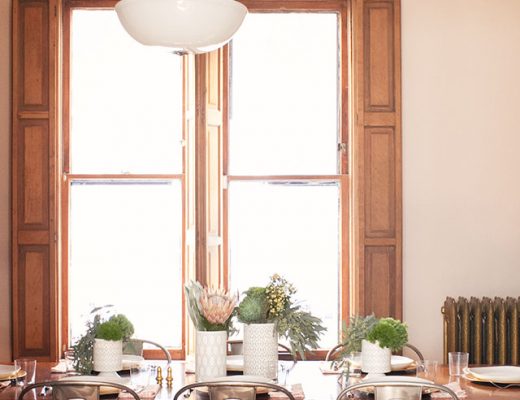