The Second Floor is Taking Shape

Hey, no more visible lathe! We have walls! 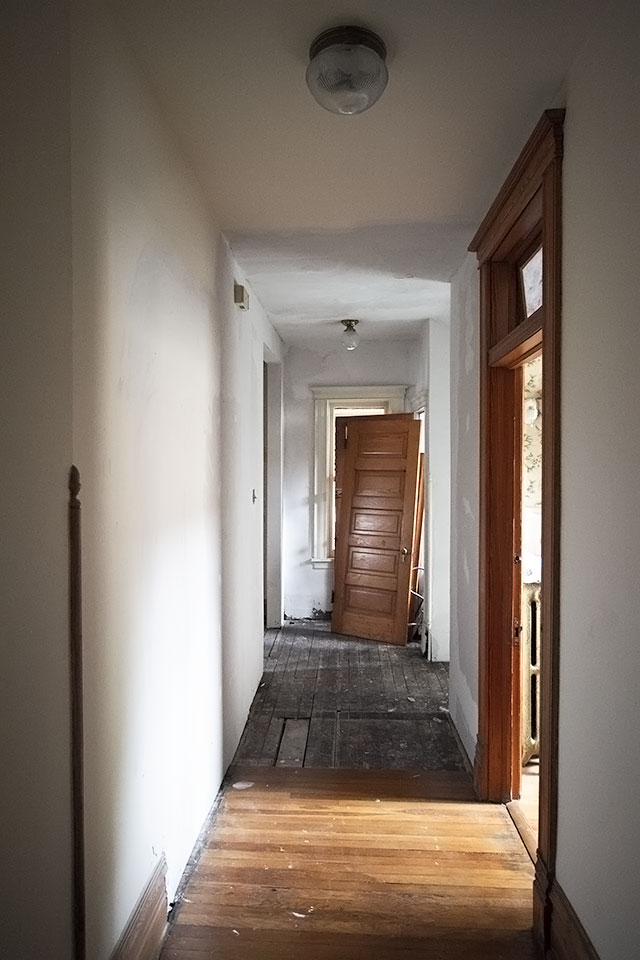 That’s the door we’re going to reuse for the new nursery, casually hanging out all akimbo at the end of the hall there. You know, where the 125-year-old subfloor is exposed? Living with the floor ripped up like that for a few weeks hasn’t been as bad as we initially thought it would be, but one of the kids’ bedrooms is over there so we will be glad to have an actual floor down sooner than later. 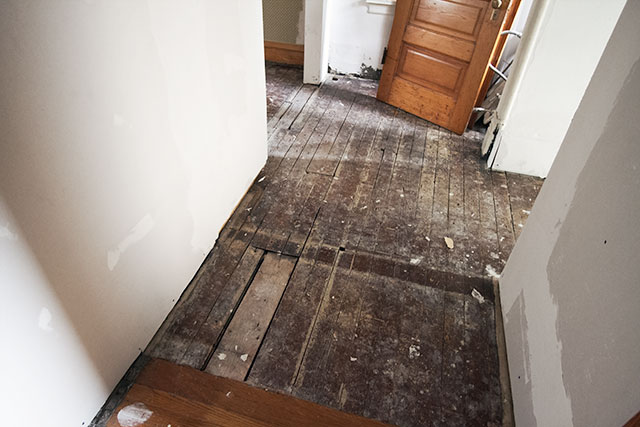 The wood on the second floor wasn’t in great shape when we bought the house, and when we started pulling it up for this project, we saw why. It’s a very thin material — not nearly as nice as the solid wood downstairs. It’s old for sure, and it has reached the end of its useful life, so we’re going to go ahead and redo the whole hallway rather than just patch the portion that we’re working on now. It’s something that we knew would need to be addressed eventually, but doing it now will mean holding off on some of the more fun stuff we’d rather spend our money on. (Sorry, potential front porch swing. Maybe another time.) 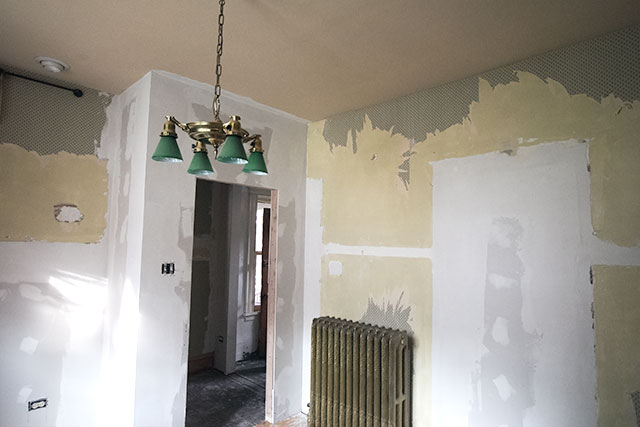 There was a strip of wood molding along the walls in the former kitchen (soon to be nursery!) at chest height, matching up with where the beadboard backsplash behind the kitchen sink ended. After the wood was removed, the wallpaper had to be partially stripped so that any patching to be done could adhere directly to the wall. It looked like the paper was just applied over bare drywall in some sections and we were worried about potential damage, but it’s peeling off fairly cleanly and easily with just water. After our contractor is done working in there, Brandon will finish stripping the remaining wallpaper. 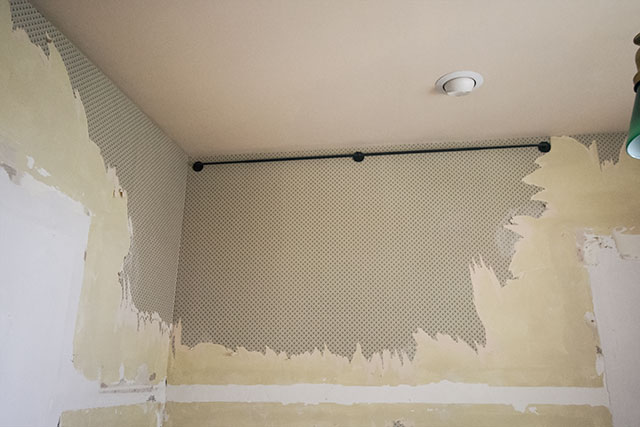 I’m about seven weeks from the baby’s due date now, so I’m not sure how the timing’s going to shake out, but the baby will sleep in our bedroom at first anyway. Really, we’re just aiming to get the loudest, most disruptive work completed in time, and thankfully that looks like it will be on schedule. 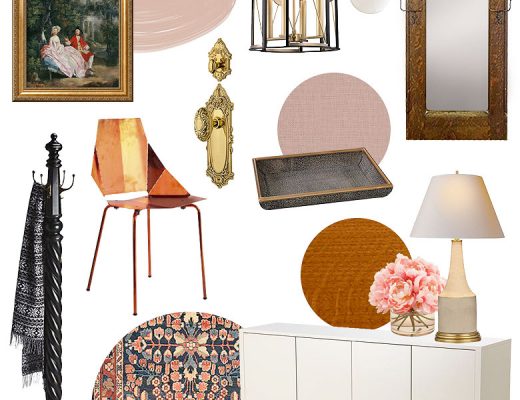 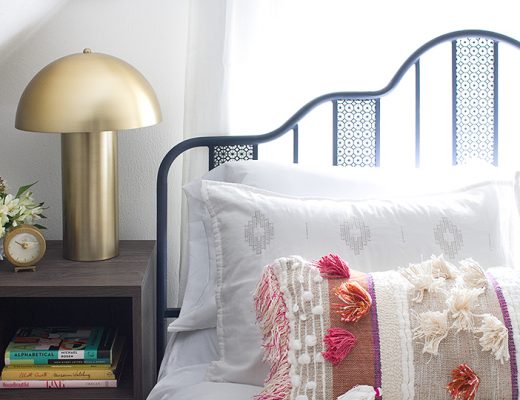 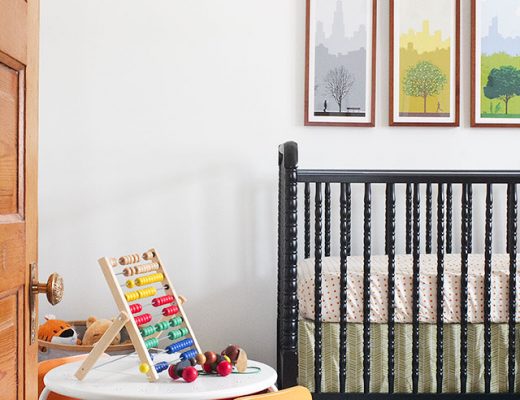