Moving the Door Over

We’re still a ways off from finishing the conversion of the kitchen on the second floor into a bedroom and finishing the hall, but it’s moving along. 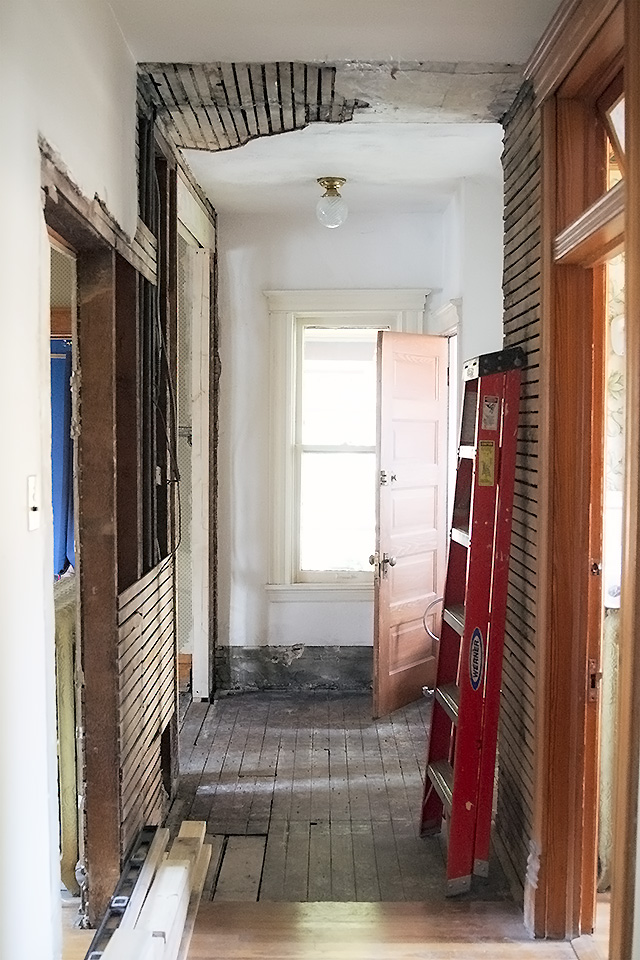 We were going to keep the original doorway to the room and reuse one of the other doors to fit. The cabinetry is staying though, and it would have been difficult to find a good spot for a bed without making the room awkward or blocking access to drawers. So I talked to Brandon and the contractor about it and we decided to move the door across from the other bedroom door on that side of the house. 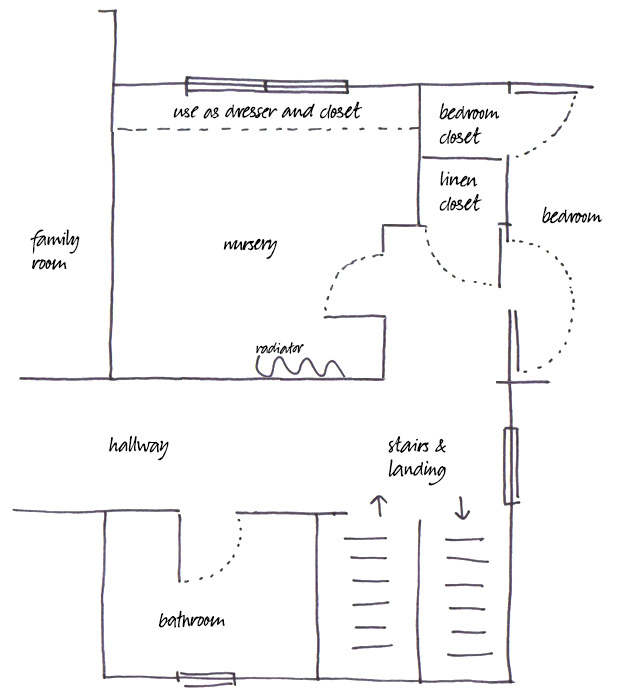 (You can see the original plan here.)

The hallway bumps out into the room a little on that side (where the door will now be placed) because we didn’t want the hall to feel cramped, and it also makes it easier to bring furniture in and out of both rooms. Since the radiator is behind the door (and thus unusable floor space anyway), it doesn’t make much of a difference on the new room itself, and the little nook that will now be next to the door will be a great spot for a comfy reading chair or a desk. 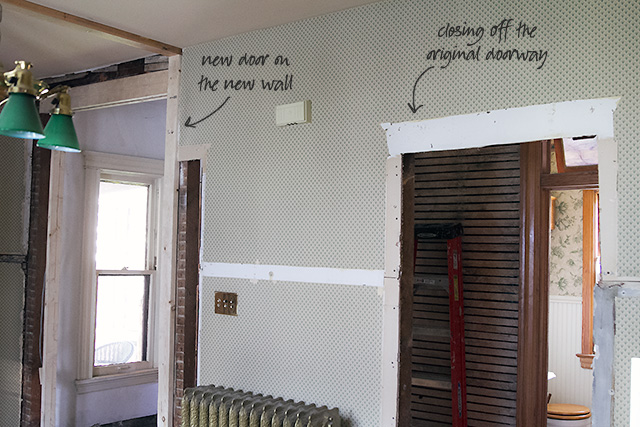 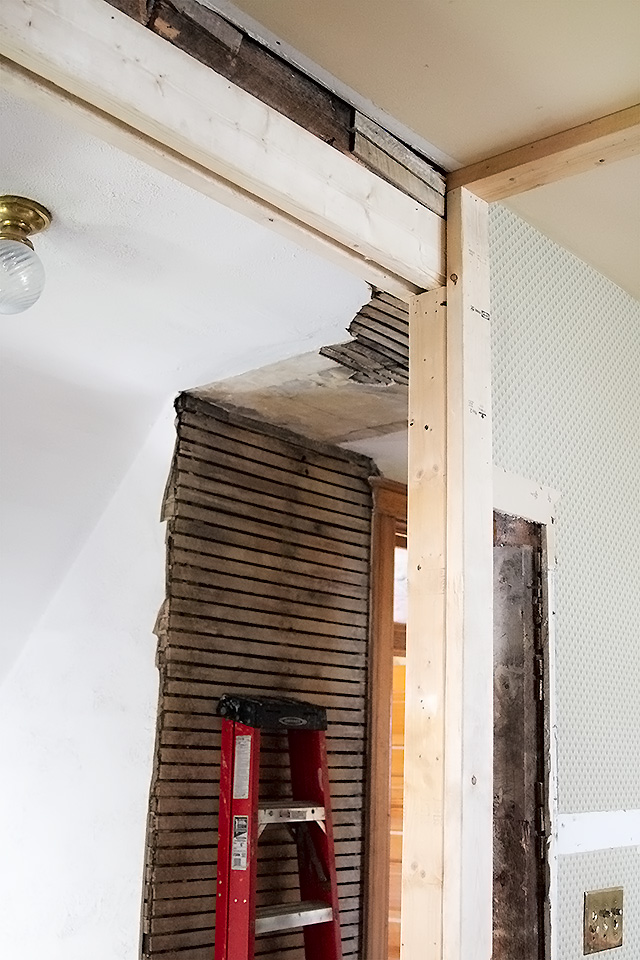 My sister came by over the weekend, and I was explaining the dangers of scope creep to her. We’re moving the door, which means we’ll also need to move the room’s light switch over. We need to put down new flooring from where the hallway built-ins started all the way to the bedroom doors, and now we’re wondering if we should redo the flooring in the entire hallway at once. I’m not looking to change the look of the wood — it’s appropriate to the house — but there are a couple of soft spots that do need to be addressed eventually. 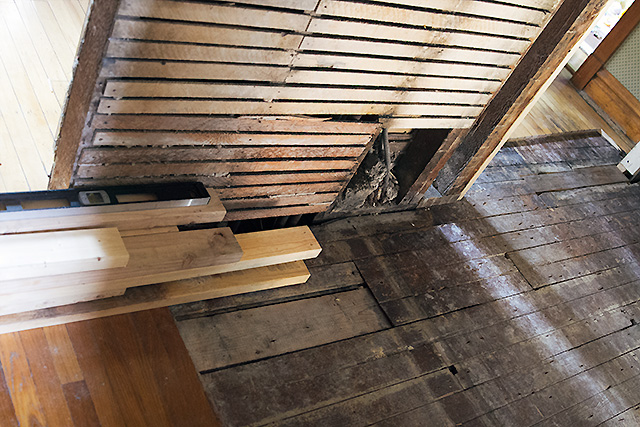 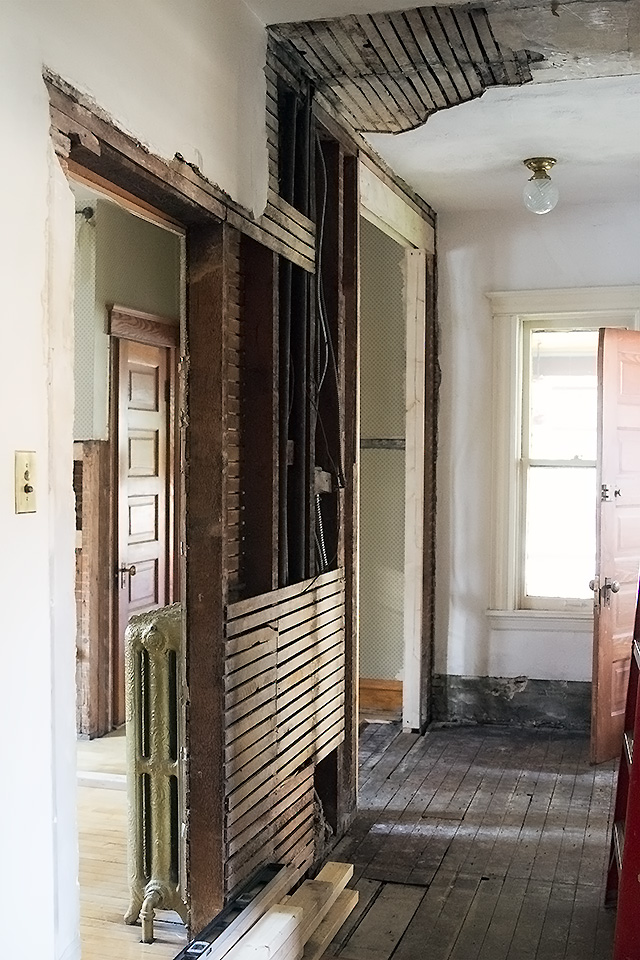 And then there’s the whole issue of finding a replacement for the bathroom storage that we lost. There is a huge bedroom closet that could be split into two, with half of it accessed from the hallway near the bathroom. We could probably even reuse some of the wood that we saved from the built-in that was removed, but that isn’t a project that we’re going to do right now. Instead, I’ll reorganize the small linen closet down the hall and be on the lookout for a shallow dresser, cabinet, or armoire to place near the bathroom. 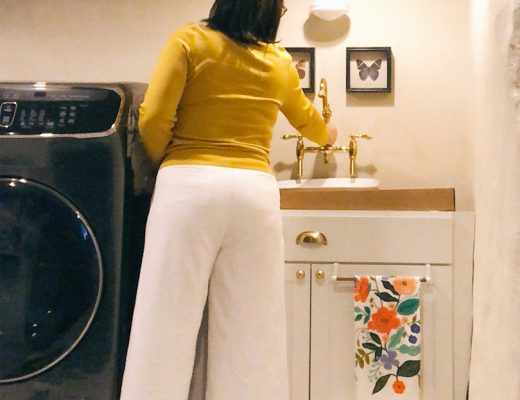 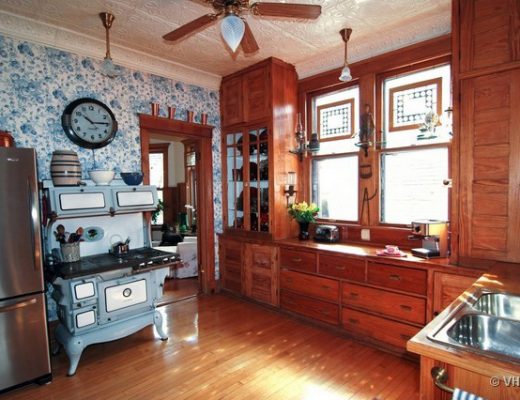 Cooking on Vintage and Antique Stoves? 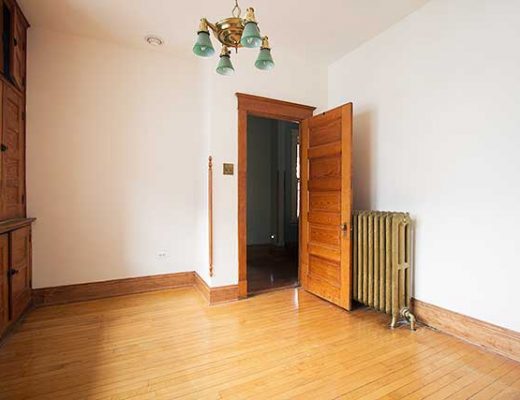 The Nursery, as a Clean Slate