Calvin is seven weeks old, and I think we can call it now: he has been the easiest of our three babies. He rarely cries, as I can anticipate his needs and read his cues pretty well. We have the occasional bad night, but most of the time he goes to sleep around seven, wakes up to nurse once, and then sleeps again until morning. Five o’clock in the morning, but I’ll take it! He has been in a mama-only phase for the past couple of weeks so I’m not getting as much done as I’d like to, but the upside is that my days are positively filled with baby snuggles and smiles. The house is a mess and I have to do most of my typing with one hand when I work, but he’s worth it. 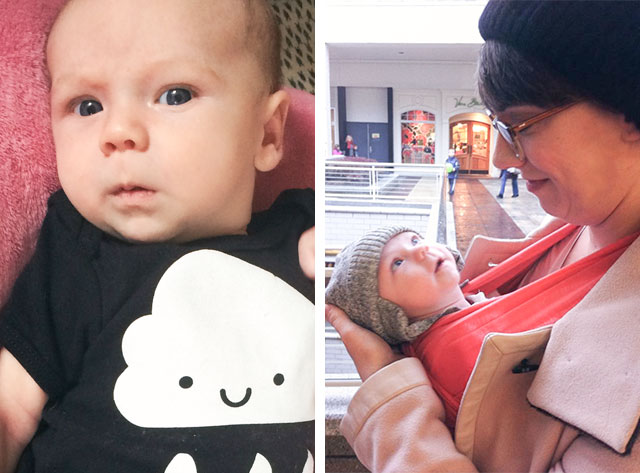 The only downside is that breastfeeding continues to be difficult. I think the worst of it was around four weeks (when I wrote this post), but I’d hoped we would be past the pain by now and that the early damage could heal. I indulge Calvin’s preference for me and let him sleep in my arms in part because it keeps him happy and/or asleep for longer, therefore extending the time between nursing sessions (giving me a bit of a reprieve). I wish I didn’t dread nursing so much, but it’s hard to willingly do something ten times a day that hurts. I stubbornly press on because I’m assuming it will get better and I actually like nursing when it’s no longer painful, but I wish we could get to that point soon.

On a happier note, I just learned something new about baby clothes! I always assumed they had envelope necklines to fit over their big wobbly heads, but it’s so you can roll them down in case of a diaper blowout. (Did you know that?) Mind blown. 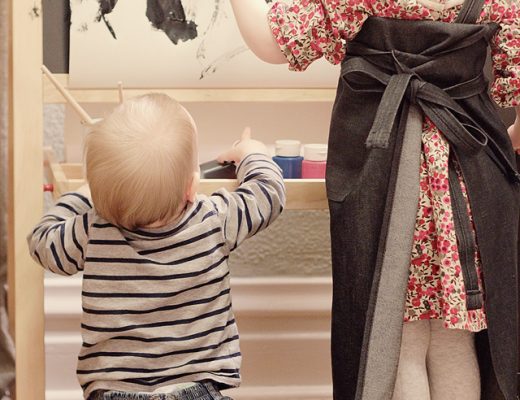