I’m the sole provider for our family now. Officially.

I posted a single political link out of a dozen cute and fluffy links in last Friday’s Honor Roll, and it got people all riled up. One person was so incensed that she tried to insult me personally, calling me out for enjoying my “fancy shopping trips” while Brandon was collecting unemployment. That’s not true, but I hadn’t realized the misconception I may have been fostering by not providing an update sooner. It’s hard stuff to write about and I’d been putting it off, but no longer. Here’s what’s going on with us.

Brandon and I met in 1999, when we each worked full-time at Barbara’s Bookstore in Oak Park (making just over $6/hour in the beginning — go us!). We began dating in 2001, moved in together a while after that, and were married in May of 2004. Just before we were married, Brandon left the bookstore for a job in printing that paid more. He was there until he lost his job in January.

I left the bookstore in late 2004. I had already been working a second job which was to continue for a little longer, and I took a seasonal retail job at the first west elm store. When that was over, I decided to pursue my dream of owning a stationery business and I started Pink Loves Brown. I also took on freelance web design projects as Smart & Lovely while the stationery business took off. I started this blog in 2007, and I realized that the blog would eclipse the stationery shop a couple of years into it. The money I made from advertising was a nice bonus at first, and eventually it became enough to call the blog “a job” with a straight face.

Brandon liked the work that he was doing (managing prepress), but the environment was a bad one. We’d always hoped that he could quit eventually, but it helped support our family and provided health insurance. When he unexpectedly lost his job earlier this year, he was on unemployment for a few months while he looked for work. As I took on more projects though, it became clear that we could make it work if he wanted to be a stay-at-home dad. In July, he stopped collecting unemployment. We got rid of COBRA and bought our own health insurance (which was difficult and expensive). It’s scary to be the sole supporter since I have such a non-traditional job, but it’s working right now. If we need to reevaluate in the future, we will.

I make money in advertising and sponsored posts here on Making it Lovely, and I also write for Babble, Better Homes and Gardens, and Glidden. I’m saying yes to a lot more work than I would have before and I’m working a lot, but we’re doing well. Last year was the first year in which I earned more than my husband. This year I’ve been doing even better, and I hope to eventually be able to replace his lost income.

It wasn’t under ideal circumstances, but it seems I’ve managed to cross another item off of my Lovely Life List. A big one. 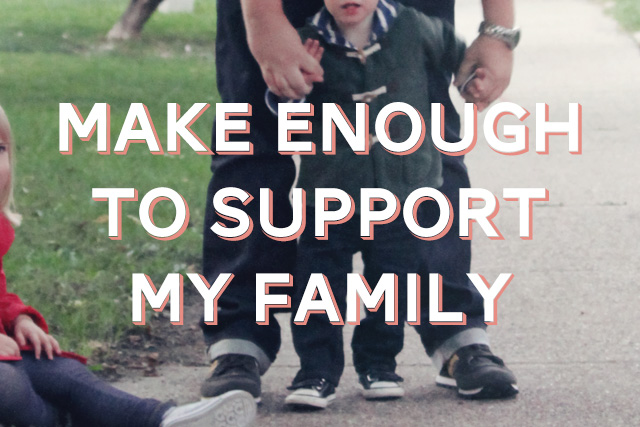 Thank you, everybody, for all of your support over the years. Especially recently. We wouldn’t be able to do this without you, and I’m humbled by you and grateful. 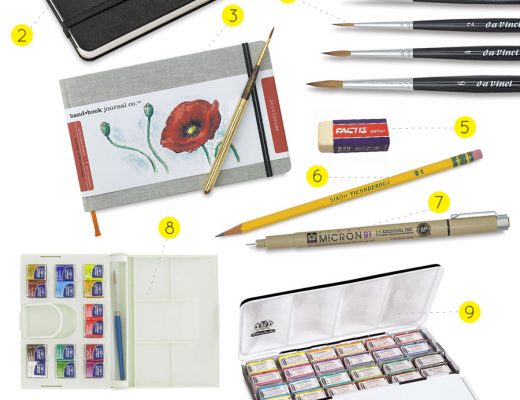