My taste in lighting runs toward the OMG-how-much!?, so finding new fixtures for the double parlor was not a pressing issue. Oh, there are plenty of lights I like — finding those is no problem! Finding lights that I’m crazy about and can afford? Not as easy. I love these… 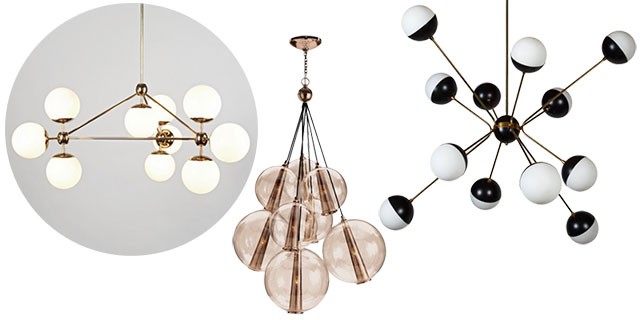 There are certain things that I think are worth the splurge, and lighting is one of them. It’s not in my budget to splurge quite that much when we have rewiring and repairs and other more pressing needs in the house though, so I’ve held off. I’m always watching the new collections in stores, waiting for a light to come out in my price range that I loved enough to buy times two for a matching set, and I figured that maybe my lights-to-be weren’t out there yet.

Then the Gooseneck Pelle Chandelier came along from West Elm. Whoohoo! I thought we may have had a winner! $799, but it was on sale for a while at $639. I love the shape. I prefer polished, unlacquered brass over brushed or satin, but I liked the finish enough to go for it. And no bare bulbs! I’d been hoping to find something with milk glass, but the frosted glass was pretty close. 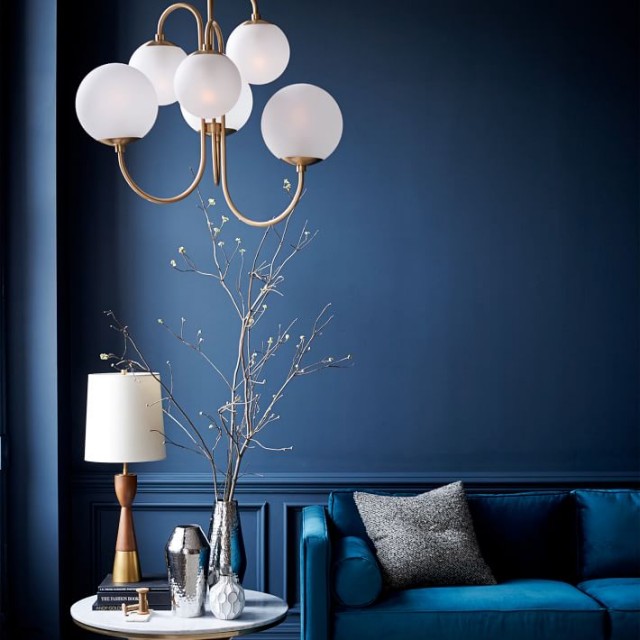 Then when I saw the fixture in person, I didn’t like it as much as I’d hoped I would. There is a texture to the glass that I’m not into (and that I suspect would collect dust), and they had a cool white cast vs. the warm ivory I prefer. So now I’m on the lookout again. I don’t want to put a light in just because it’s better — I want to find something that’s going to be amazing.

And then I went and spent all my extra dollars on a pair of sconces instead anyway! (I bought them with a trade discount, but still.) They should arrive this week, along with some hardware for the doors along the base of the bookshelves. 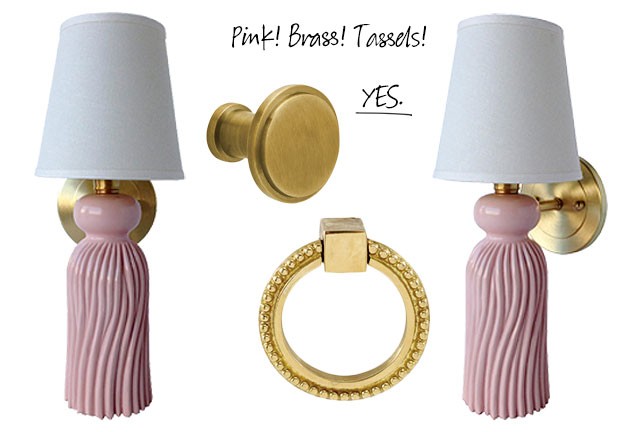 We’re putting so much into this house — time, effort, money — that I’m trying to step back and really think the more permanent things over before I bring in anything else that I’m not completely in love with. Carved wooden tassels, painted pink? They’re probably not for everyone, but I’m so ridiculously excited about them. They’re going to be the awesome necklace to the unadorned outfit that is my oak-oak-oak library.

Now if I could just figure out the chandelier/pendant/whatever situation. Want some mockups? Ahoy! (Ignore the weirdness along the base of the bookshelves. I Photoshopped out four chairs.) 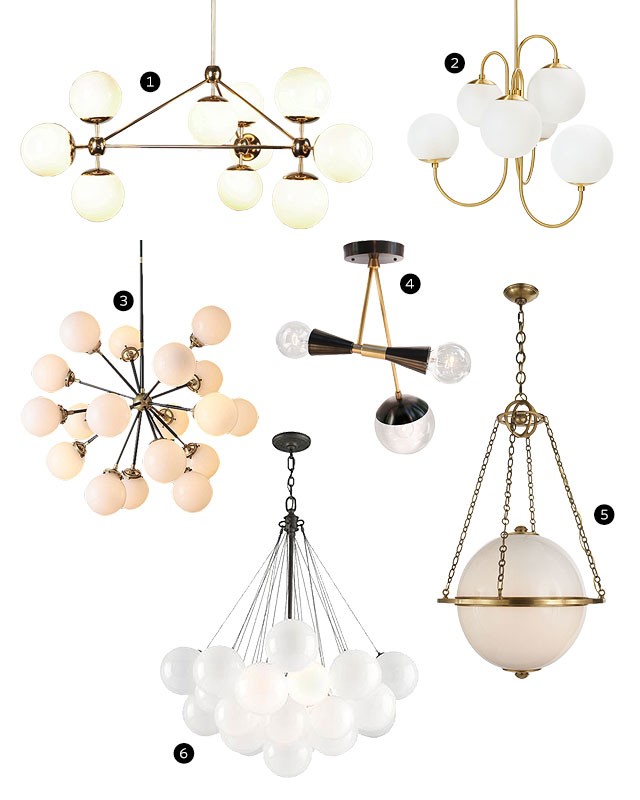 Well, there we go. That’s the vision. Eventually the room will match what I see in my head for it, whether something else comes along or I save up for one of the options above. What do you think? Have a preference? Or better yet, a recommendation for something else that I haven’t seen?

p.s. Here’s the rug in the mockup. Sold out in the larger sizes, but on clearance if you’re looking for a cute small rug. 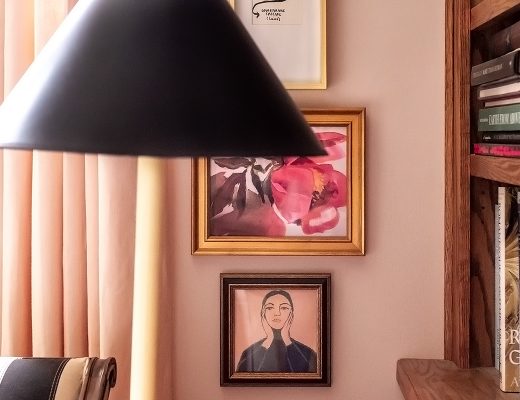 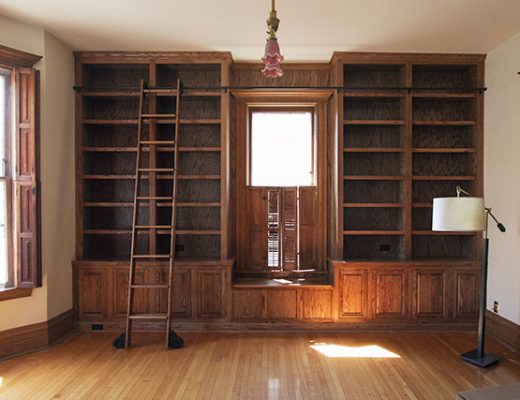 The Built-in Bookshelves and Rolling Ladder in the Library