I was looking at my fan deck, eyeing the pinks and thinking about how many colors I’ve used over the years. Most of them have been a success, but there were some definite misses. Let me recount a lesson I learned in 2006, pre-blog.

Before we bought our first house, Brandon and I lived in an apartment with a very permissive landlord when it came to paint colors. It was great! We were in our early to mid-twenties with free reign to choose whatever colors we wanted to live with. The living and dining room were purple! The second bedroom was dark blue, and later as my office/studio, pink! Not every room was crazy — I painted the bedroom a creamy white, and left the kitchen and bathroom beige. But then there was the back room. It was kind of a mudroom that had been created when the house, formerly a single-family home, was split up into apartments with separate front and back entrances. 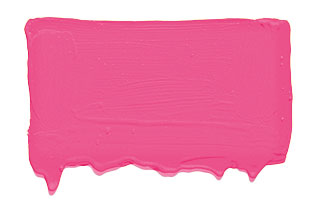 I had the great idea to paint that back room hot pink. It was a pass-through, not an everyday living space. Let’s have fun with it! Be bold! So I painted it, finishing up at night, and it wasn’t until the next day that I realized what an awful mistake it was. On a bright, sunny day, light flooded the room and the entire space glowed pink. It shone its bad-taste aura into the adjacent kitchen, making itself known anytime we so much as went to get a glass of water. I think we lived with the room like that for a week before I had my next brilliant idea: tone the hot pink down with stripes.

I picked tan. I’m sure it had an appealing name (café au lait, probably), but hot pink and tan. As you might guess, it looked equally as awful, just in a different way. The room didn’t glow pink anymore, but it sure was ugly. And here’s what I never see mentioned when people talk about what a great idea it is to paint stripes on the wall: they’re a beast to paint over. I hated the stripes and decided to just paint the whole room tan (since I already had the paint), and I had to first sand all of the walls down to get a smooth finish. Not fun.

I did learn to take lighting and exposure into account when choosing a color though. And I now know the tedium of painting (and painting over) stripes. I so wish I had photos of the whole fiasco. I did find this picture from our kitchen, so we can end this post with another example of mid-twenties decorating brilliance. Brandon was big into David Cross, Dan the Automator, and Evil Dead (still is), and I’m guessing I was behind the Little Golden Books calendar. 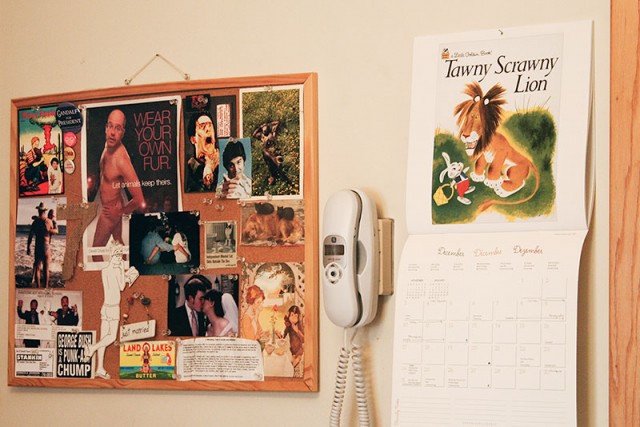 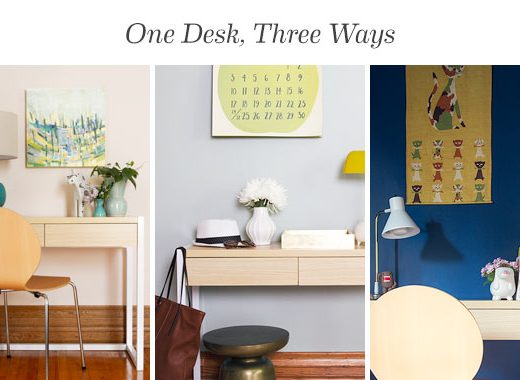 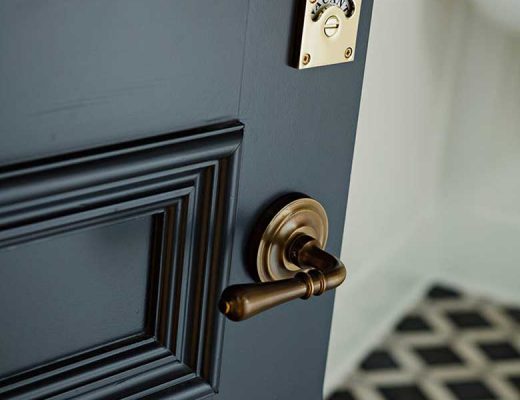 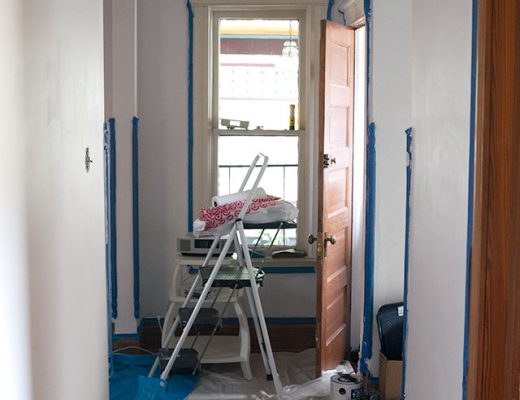 The Hallway! She is Being Painted!