I’ve repaired the corners in nook above the closet sink! I’m chuffed about this, though I don’t look it. 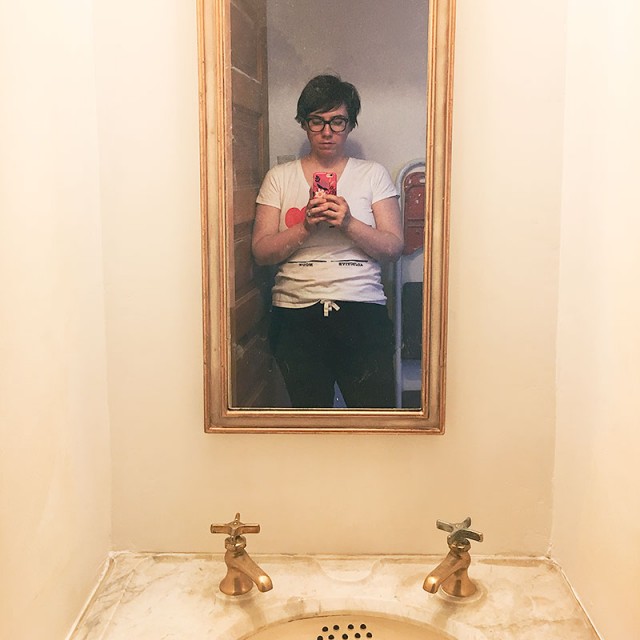 I’ve only primed the walls, so the (dusty) mirror is going to come back down when I paint.

I used mesh tape (Fibatape brand), Sheetrock joint compound 45 (you mix it with water and the number refers to the working time — you can get stuff that sets up more quickly or takes longer), two putty knives (1.5″ and 6″), a corner trowel, and a plastic mud pan. To sand, I used a corner mouse electric sander for the first rough pass, then moved on to sanding blocks working my way down from 100 grit to a one that was just marked “fine” for drywall.

No tutorial on the corner repair because I was winging my way through, but I’ll tell you how it went. The process: Put mesh tape on the nonexistent corners in a rough approximation of what a wall should be like. Glob on a bunch of joint compound with the corner trowel and 1.5″ putty knife. Let dry. Slightly panic about how awful it looks, take a picture and post it anyway. Sand smooth, feel relief that it’s really not so bad. Apply another coat of joint compound, this time doing one side of each corner at a time with the 6″ putty knife. Let dry, sand smooth. Touch up any problem areas with a final coat, let dry, sand smooth, pat self on back. Well done, me!

The nook had a sheet mirror up before and I’m glad I took it out (it was streaked and had black splotches, making it not so useful for getting ready in the morning), but it did disguise the fact that the sink is not centered. I’m guessing the house’s previous owners found the antique marble sink top and had it cut down to fit, but they only cut along the right side. Not a big deal, but it’s definitely more noticeable with a mirror centered above instead of spanning wall to wall. 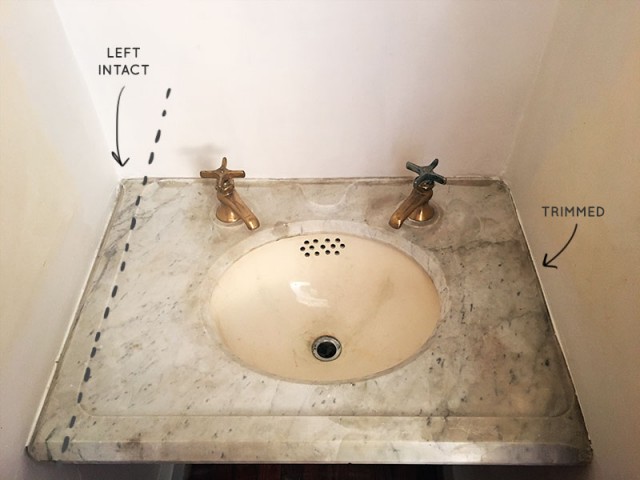 We’ll go ahead and call that an old house quirk. Here’s another! 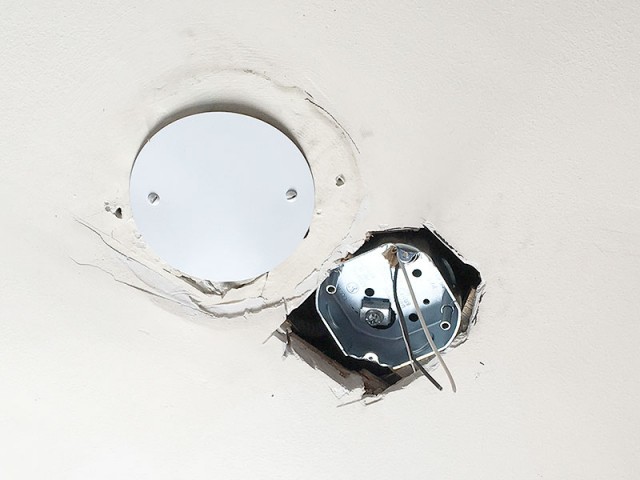 I wanted the closet ceiling fixture centered in the space. The junction box only had to be moved over 8″ but of course there was a ceiling beam blocking the way, plus wires that had no extra slack. Apparently the only way to move it and patch the old hole would be to gain access from above? This is according to the electricians, so I’m taking their word for it. Without doing that, we would have to have a cover where the old box was, which: ugly. Ceiling medallion to the rescue! This was the electricians’ suggestion and I’m going with it.

The medallion is supposed to arrive on Friday, so my plan is to put it up this weekend, paint the walls and ceiling, and bask in empty space before bringing everything back in. I need to figure out what light is going to go up in the closet now, too. The old one was an antique flush mount that won’t work with a medallion (and it isn’t large enough to cover the ceiling damage). I figure I should aim for something that won’t cast weird shadows, but beyond that I’m not sure because I hadn’t planned on replacing the light. Pendant? Lantern? Maybe one of these? (Just kidding. Crystal pirate ship all the way.) 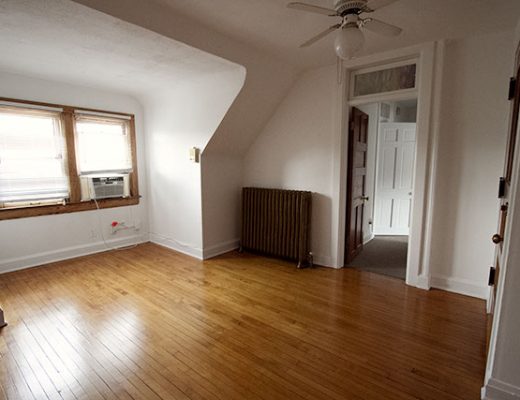 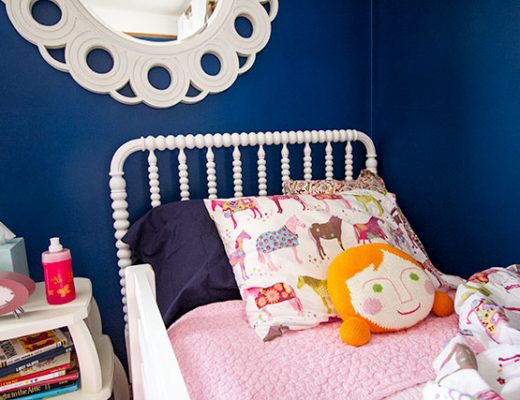 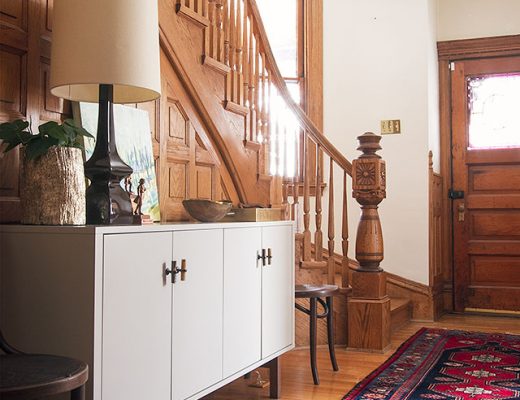 The Entryway (Again), with its New (Old) Runner