We had to say goodbye to Murray yesterday. 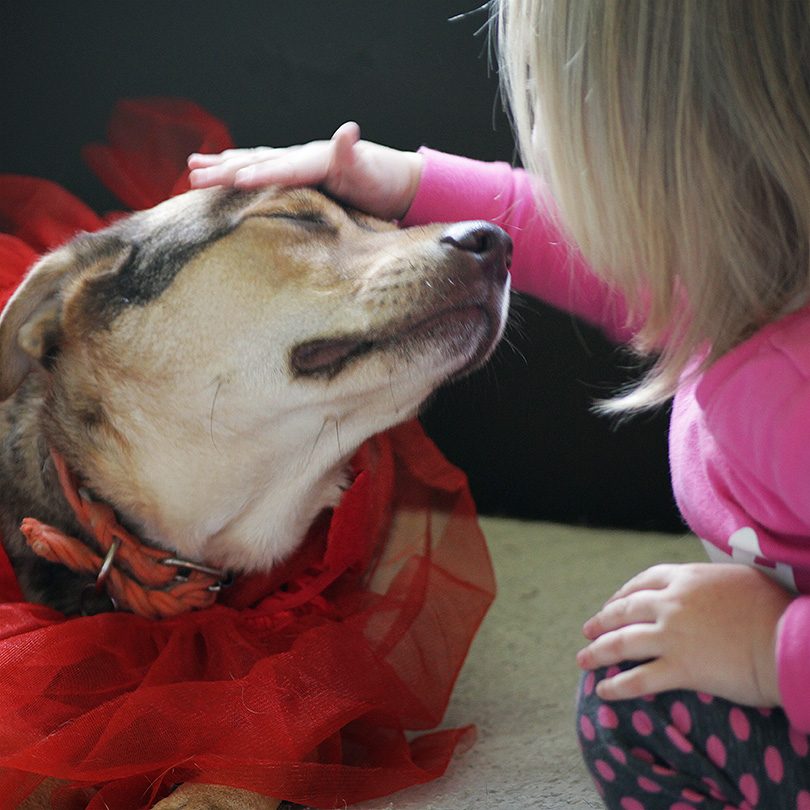 We adopted him when he was about six months old. We went through obedience school with him and taught him all the usual tricks — sit, stay, shake. He was a quick learner, but he also just had a great temperament. He learned how to walk on a leash by my side while I gave him treats. I remember how gross they were! Cubes of cheese and slices of cold hotdogs. Mmmm. We had a little baggie with us and I would reward him as we went. He loved it. 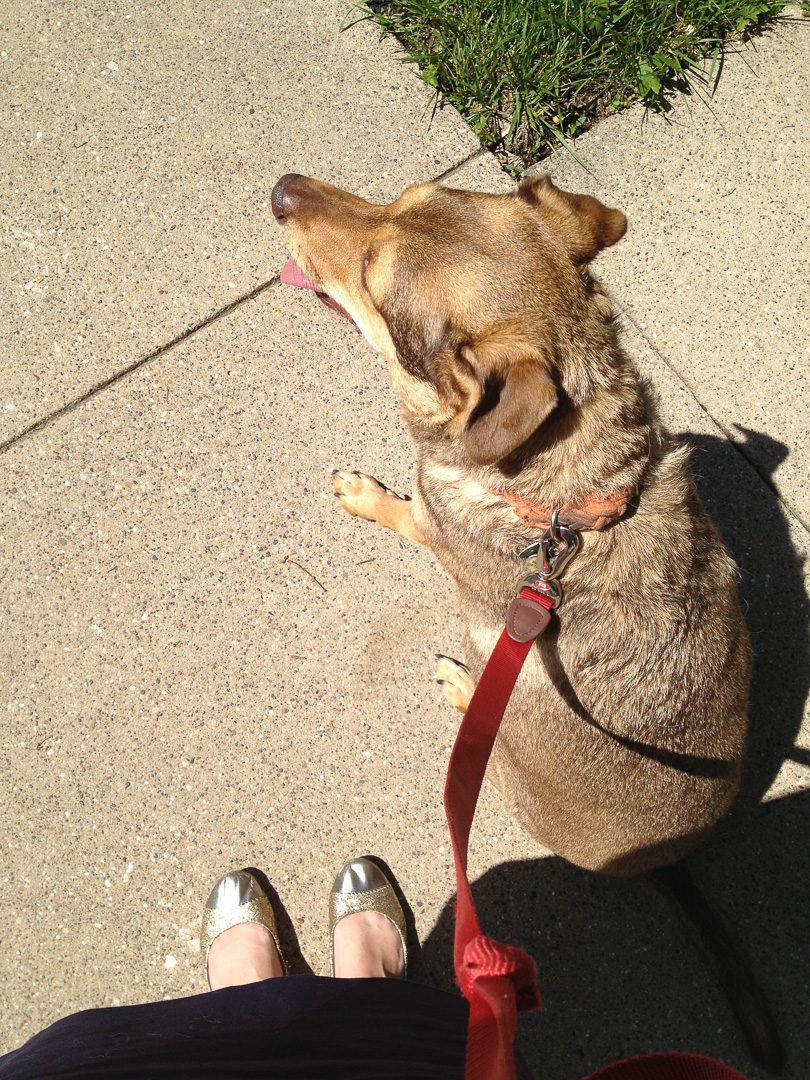 Before Murray, I never knew that a dog wouldn’t just run away if given the chance. We had a dog when I was a kid and he escaped all the time but Murray would stick close to home. When we moved into this house, there was no gate between the front and back yard. There was a fence, but no actual gate. We assumed we would need to fix it immediately, but Murray never tried to leave. 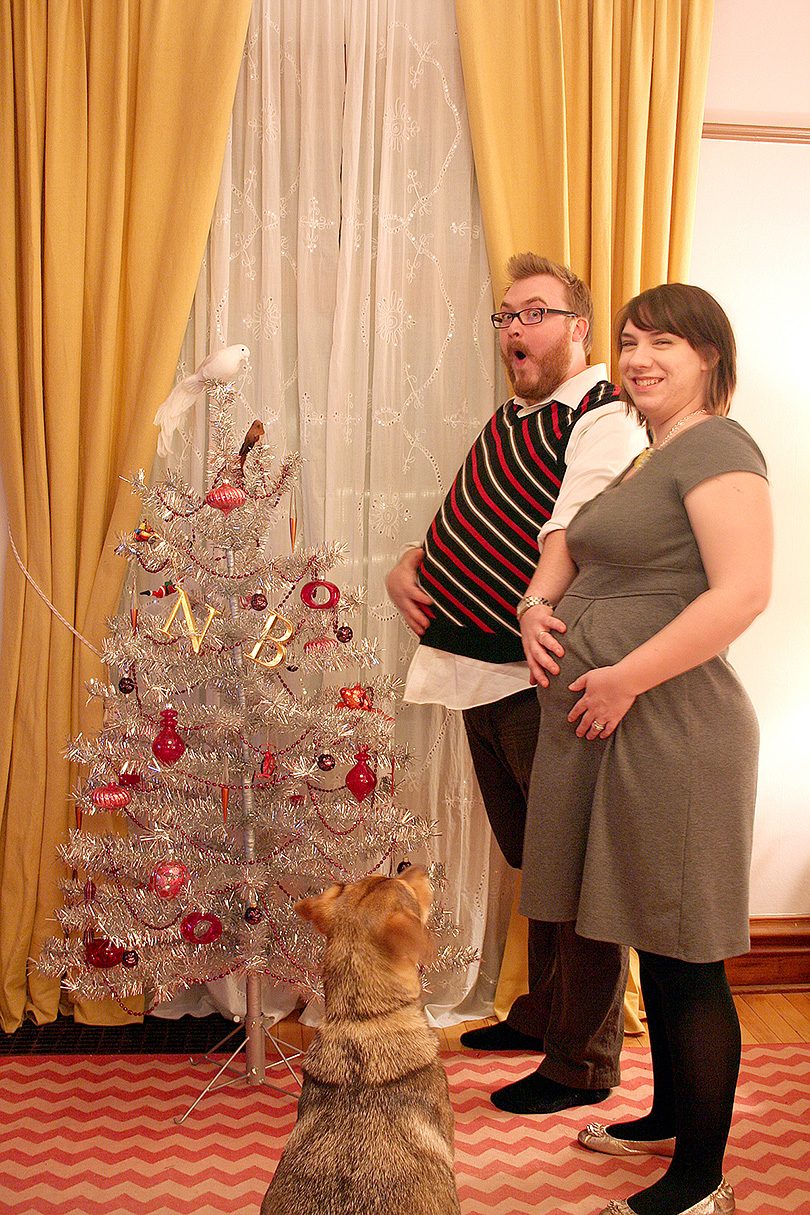 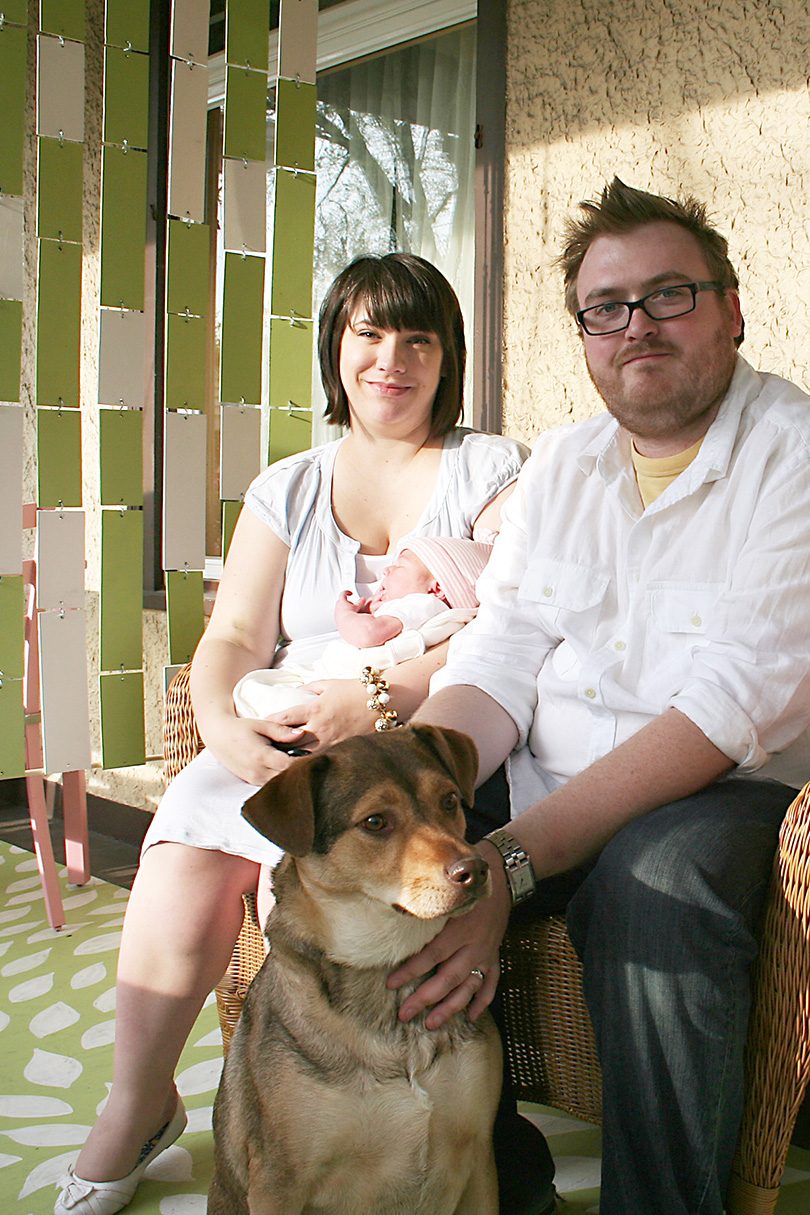 He used to get car sick. Two blocks! We couldn’t take him anywhere! We had to give him doggy anxiety medicine before long car trips up to Wisconsin, but once there he was so happy. Jumping in the lake, hopping on the boat, exploring the woods with the kids. 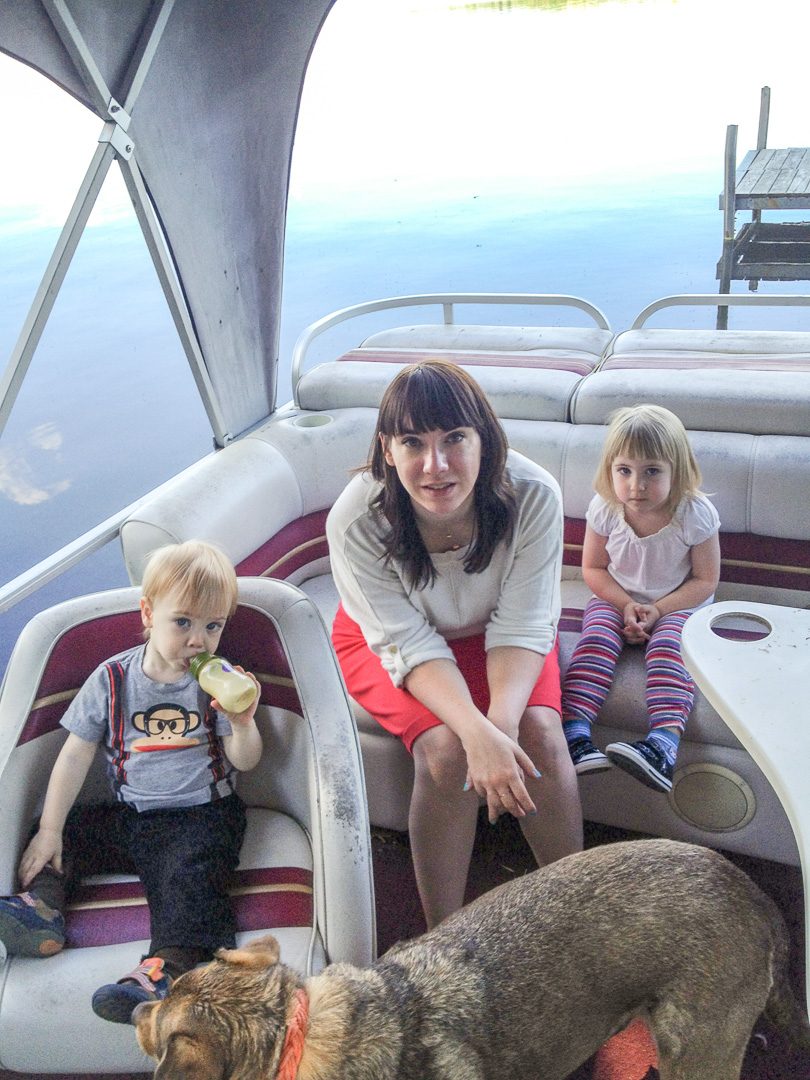 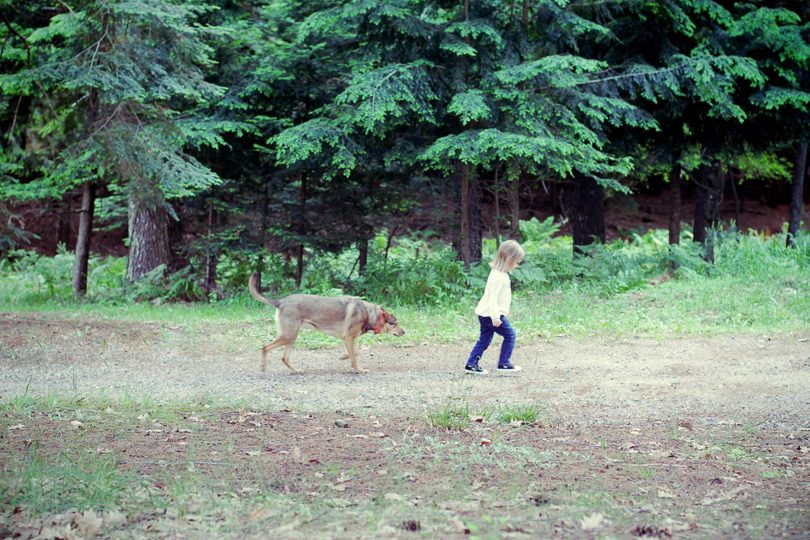 This is hard. We didn’t see it coming. He started having accidents and he hadn’t been eating much for a few days. Thinking he might be sick, we made an appointment with the vet and took him the next day. We thought that if something was wrong, that we could take care of him. We didn’t know he was dying. He didn’t even seem sick.

We didn’t take him to the vet thinking that we would be putting him down that same day. He was 9 years old — we thought we had more time with him. 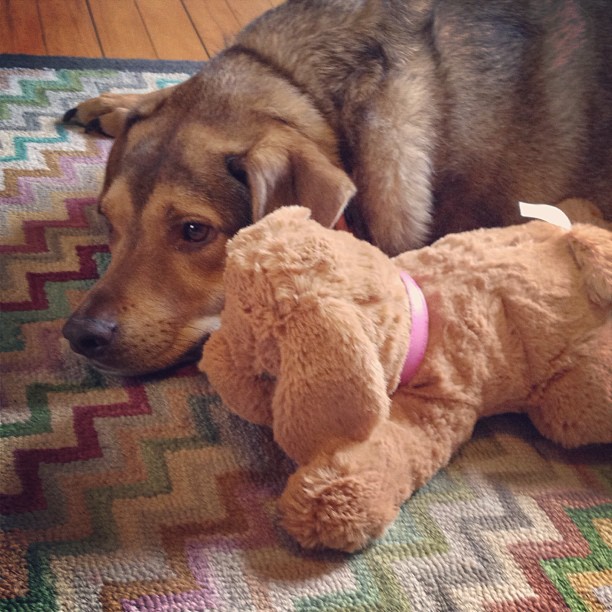 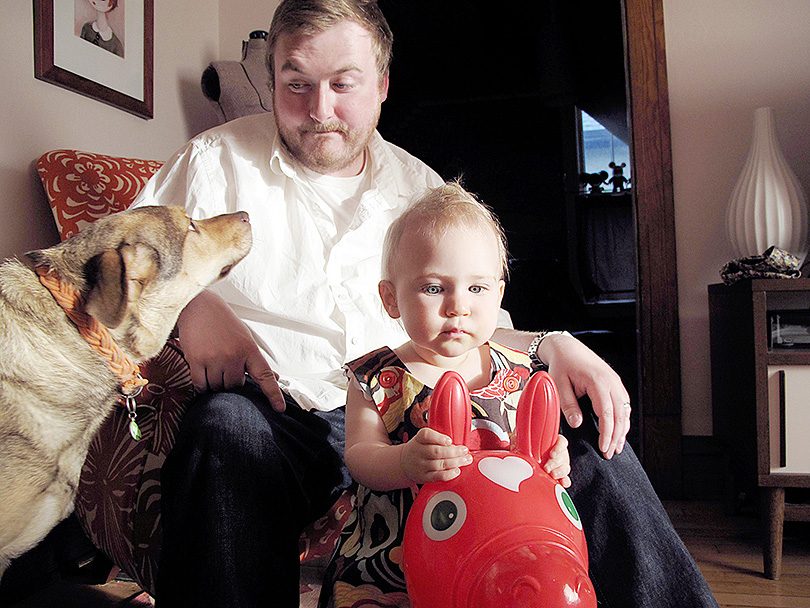 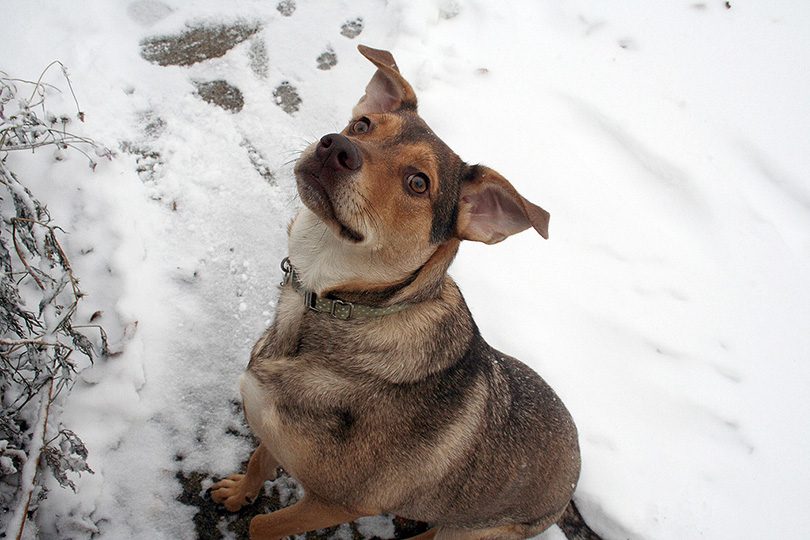 He was so good with the kids! Following them around, always a pal at their side. Murray came first — our trial run with caring for a dog before we were ready to have kids. So when the kids did come along, he was a champ through the baby stage. The most patient dog while they pulled on his tail and grabbed at his ears during the toddler years. A best friend to each of them as they grew. I know he was getting older, and you see the years pass so quickly with kids because you can watch them grow and change, but Murray was just Murray. It sort of seemed like he’d be with us forever. Our schmoopy pupperton. Our furry Murray. 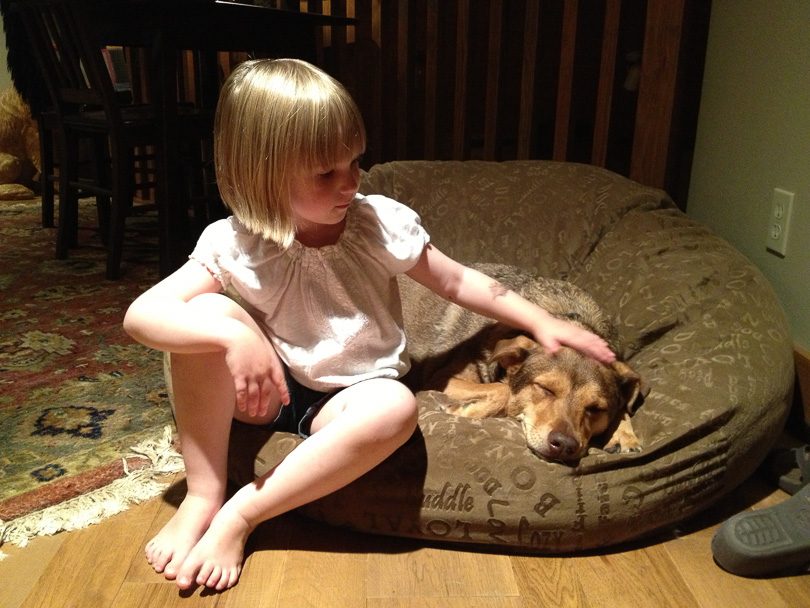 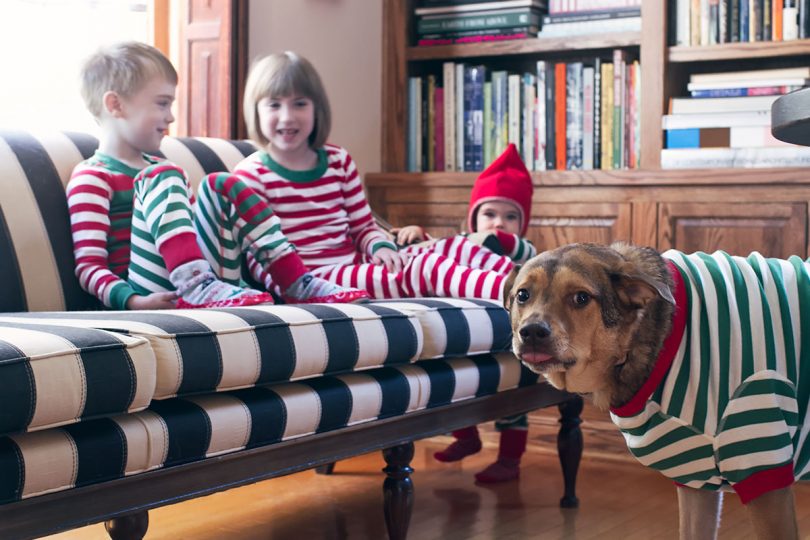 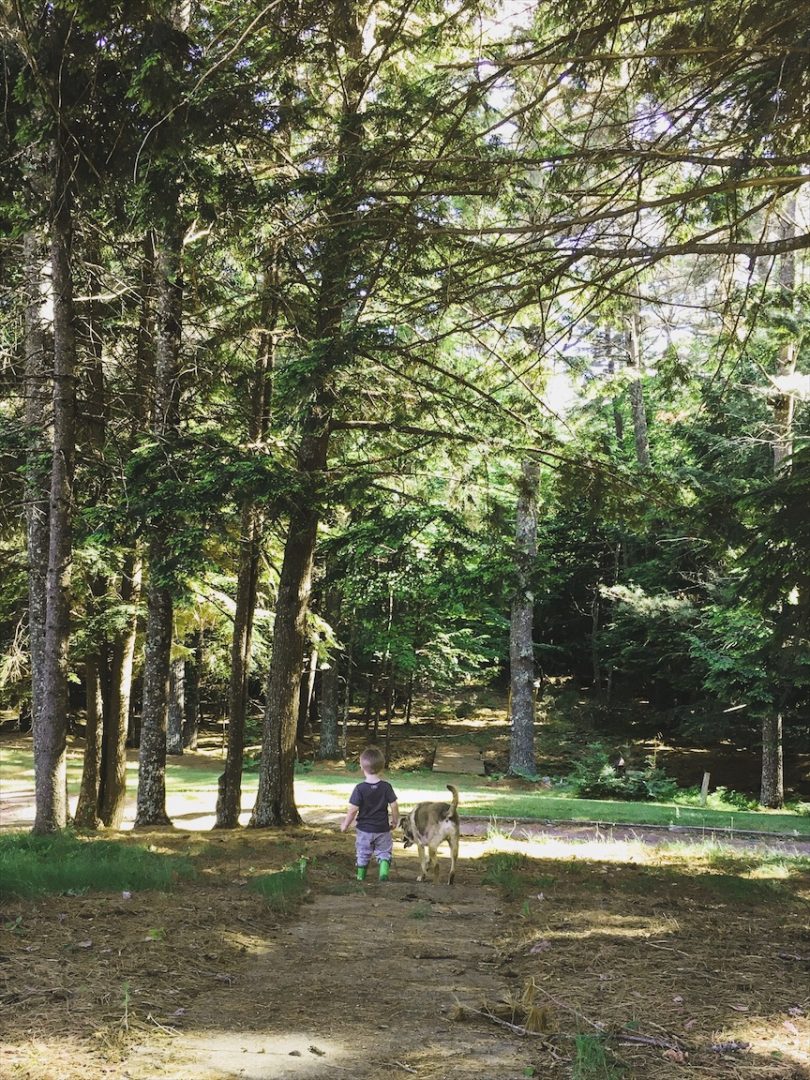 We loved you and we’re going to miss you so much, Murray. You were the best dog. 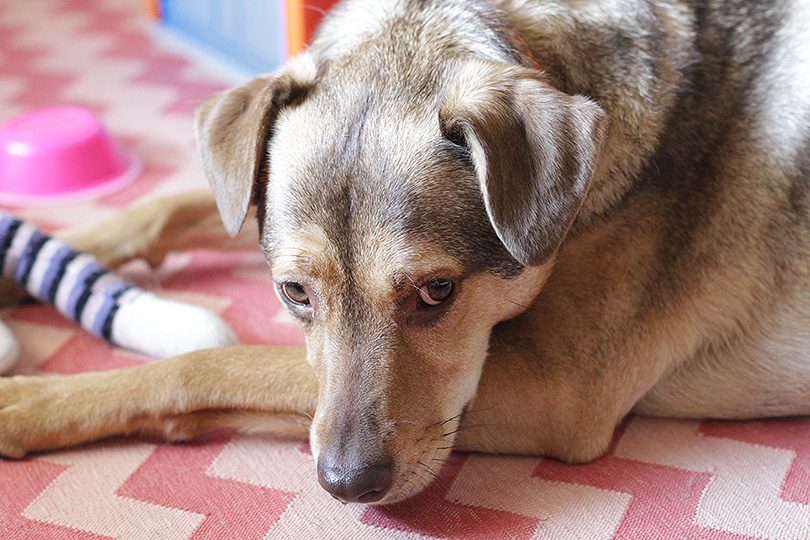 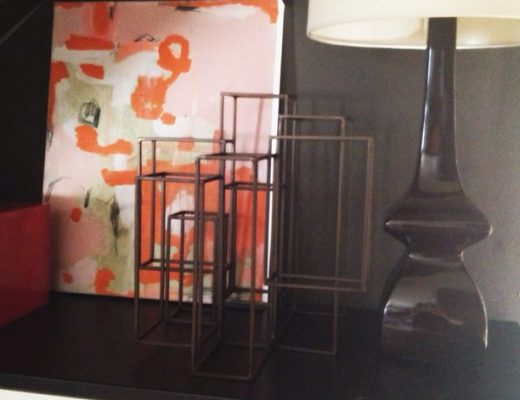 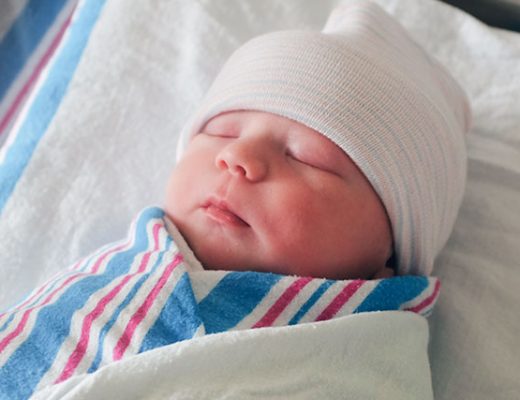