Laying Ditra to Prep for Tile

Still prepping for tile! I underestimated the amount of work it would take to DIY this install.

I imagined it like this. Bring tile home, slap some premixed tile adhesive down, affix tiles, grout. Easy! Instead, after getting the tile home, I realized that we had to scarify the concrete (remove paint from the surface with an angle grinder). Repair cracks in the slab. Lay Ditra, not with premixed mastic, and waterproof with Kerdi-Band. We haven’t even gotten to the actual tiles or grout yet! 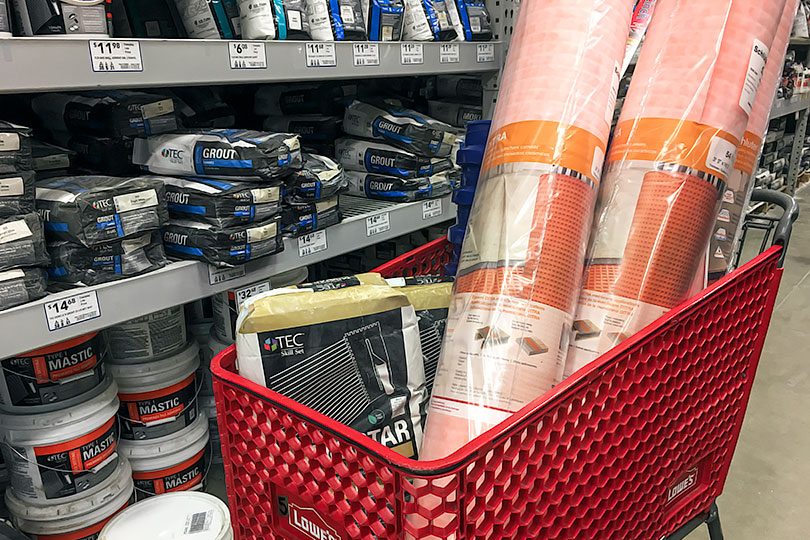 Schluter Ditra is an orange plasticky waffle-looking underlay for tile. I chose it for two reasons, both of which aren’t major problems, but I wanted some insurance for my tiling job. The first is that it’s waterproof. We have a dry basement (thankful for that, because it’s not always the case around here), but if there was ever a problem with water coming in, a burst pipe, or a leak, I wouldn’t want the water seeping through to the foundation. And the second reason I went with Ditra was to prevent the tile or grout lines from cracking. The cement had some minor cracks in it that have been repaired, but it seems likely that they could come back or new cracks could form. The underlay wouldn’t help with major shifts, but it is supposed to isolate small cracks and separate them from the tile above. 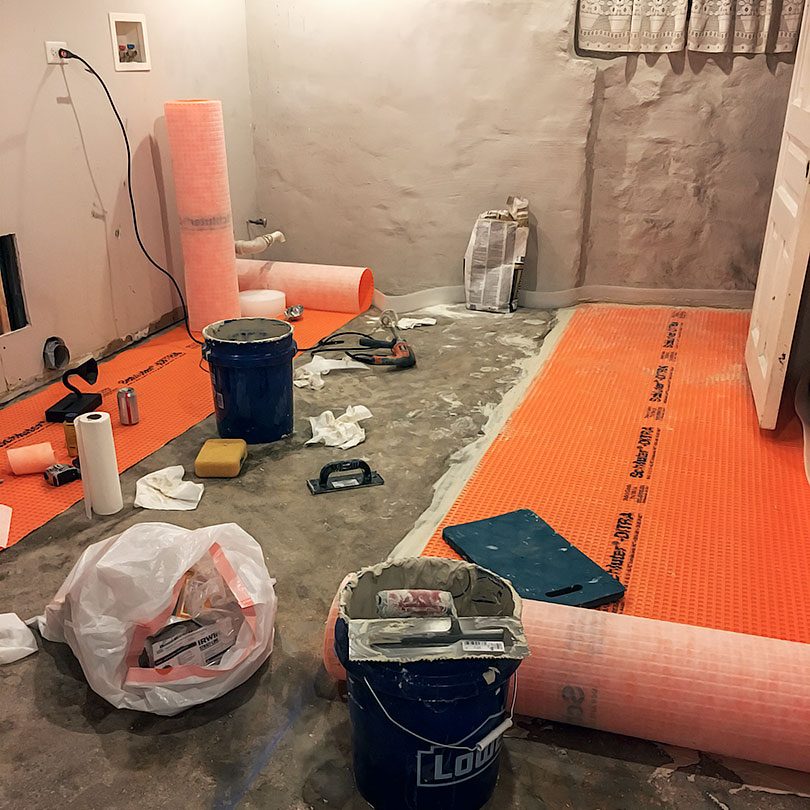 I don’t have a ton of tiling experience. When I decided to add Ditra, I watched a million installation videos and thought it looked quick and easy. It was not! Unrolling it and cutting to size: quick. I thought the whole installation would take two hours though (unrealistic expectation!?) and it took me two days. Mixing up the mortar to a “loose” consistency – somewhat watery but still able to hold a trowel notch – I didn’t feel entirely confident. I was hoping to use the premixed stuff to save myself some time and mess, but that’s not an option. I think I got it, but then did I use enough? Too much? I want to do a good job, and this whole thing had me second-guessing myself.

The Ditra is down, and the seams and perimeter sealed with Kerdi-Band (it’s recommended over a concrete slab and completes the waterproofing). I carried in box after box of tile and laid out a few rows for a dry fit, and I’m about to finally start getting them into place. I have tile snips, a snap cutter, and a wet saw; I’ll have to do a little experimenting to see what gives me the best results with sheets of mosaic tile. 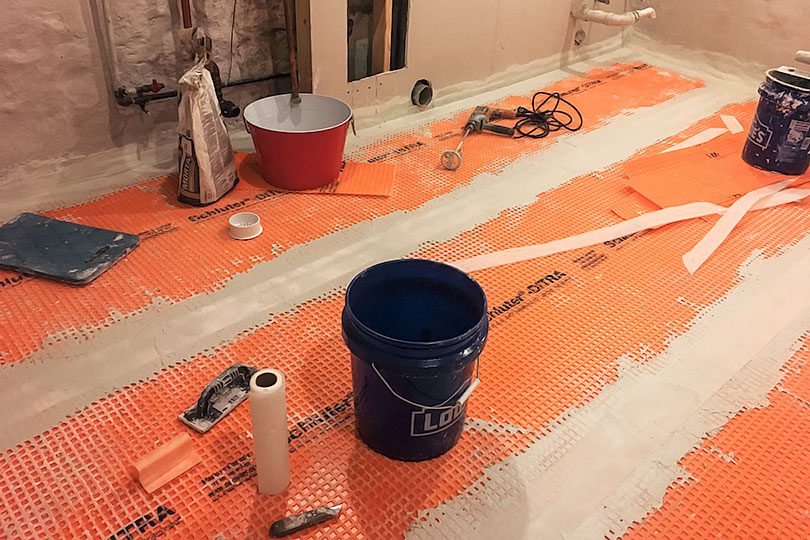 I would recommend covering your skin when working with mortar and wearing clothes/shoes you don’t care about ruining. I wasn’t wearing gloves at first, and I got a fair amount of mortar on my hands while I was working. I washed my hands after about two hours and realized my skin was reacting pretty badly (the fingertips were pruny and dry at the same time). Apparently the alkali content affects people differently, but in high enough concentrations or for a long enough duration, it can not only dry out your hands but cause chemical burns as well. Rinsing your hands in vinegar neutralizes it, and a barrier cream (or vaseline in a pinch) is recommended. Luckily my hands are fine, though they were shiny and new on the palms since I had just given them an accidental alkaline chemical peel! Lesson learned and gloves are now being worn for all parts of this project. 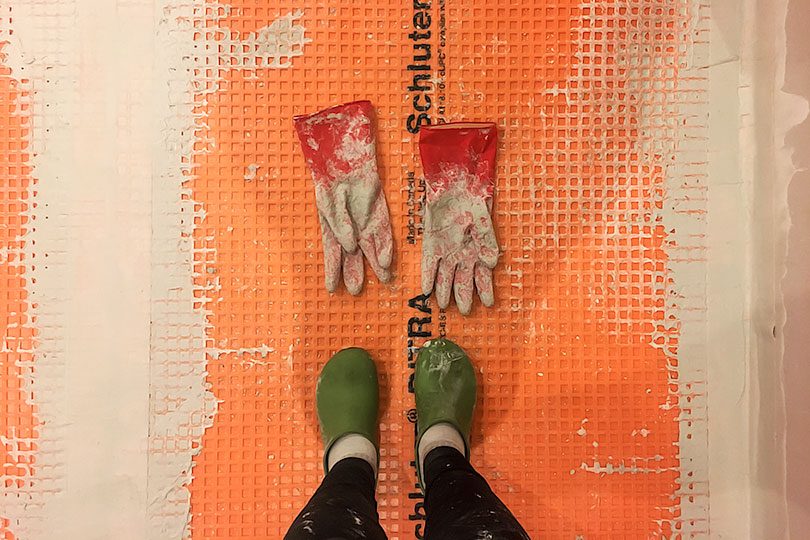 Oh, and the expanded time frame of this DIY installation? We’ve been without a washer and dryer for a while now. That hurt, but it was manageable. Less fun has been the week without hot water. We’re going through a heat wave and you would think that maybe a cold shower wouldn’t be so bad? Nope. Terrible! I need that basement tile in and grouted so we can get our indirect water heater tank back in place.

p.s. Did you see the little black phonograph peeking out on the left side of the second photo above (next to the all-important Diet Coke for caffeine)? It’s cute and it works! You rest your phone in the slot and the sound is naturally amplified. I’m going to keep it in the laundry room when it’s done, and I’m thinking of picking up another to go in my closet. 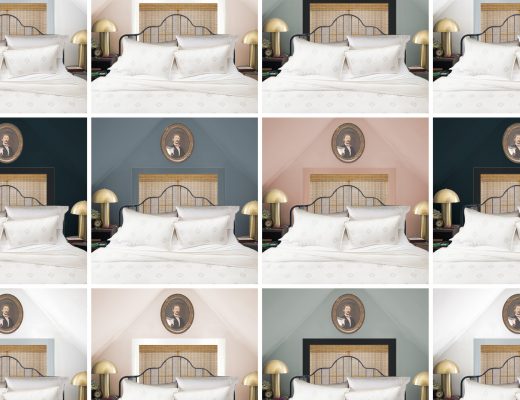 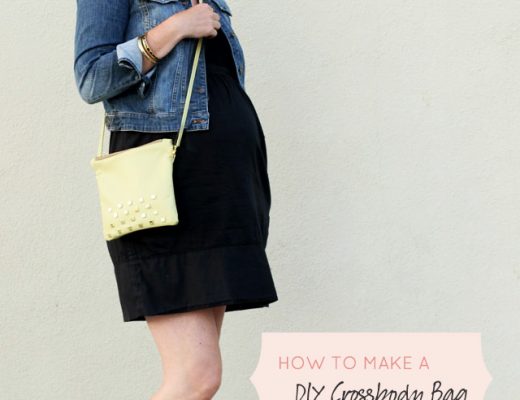 How To Make A DIY Leather Crossbody Bag 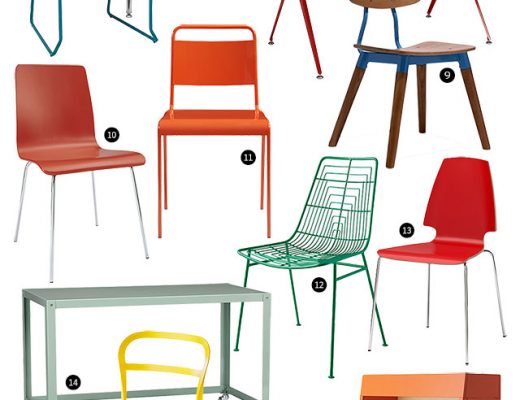