A Retro Dining Room Gets a Smart Upgrade

Friends of ours have been making changes to their Chicago Tudor over the past couple of years. It’s looking good, but they’re working on some of the mechanicals and upgrading to a smart thermostat was on their to-do list. 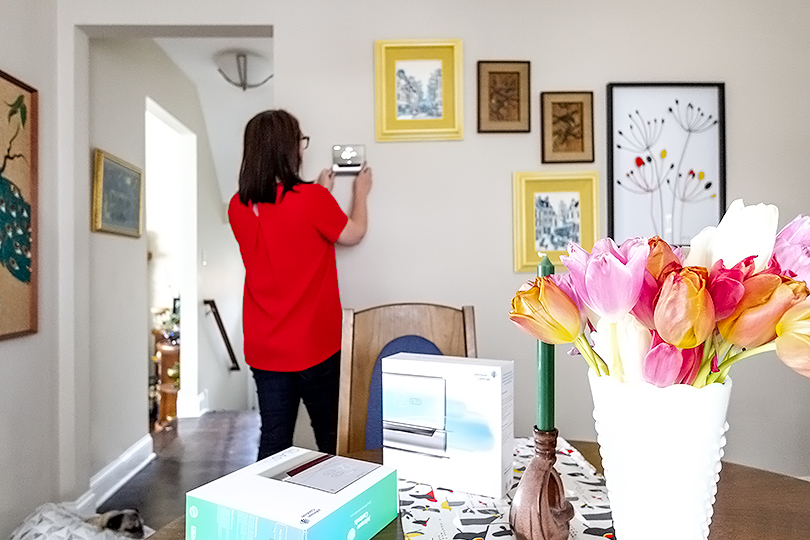 GLAS is new on the market, but it’s by Johnson Controls, the company that invented the room thermostat back in the late 1800s. They tapped into their experience in designing thermostats for industrial use and created GLAS to be beautiful and functional for both homes and commercial applications (retails stores, office buildings, and the like). It works with most heating and cooling systems and was designed to adapt to a wide range of installations, so chances are good that it will work for you, too. It was quick and easy to add to my friends’ house! 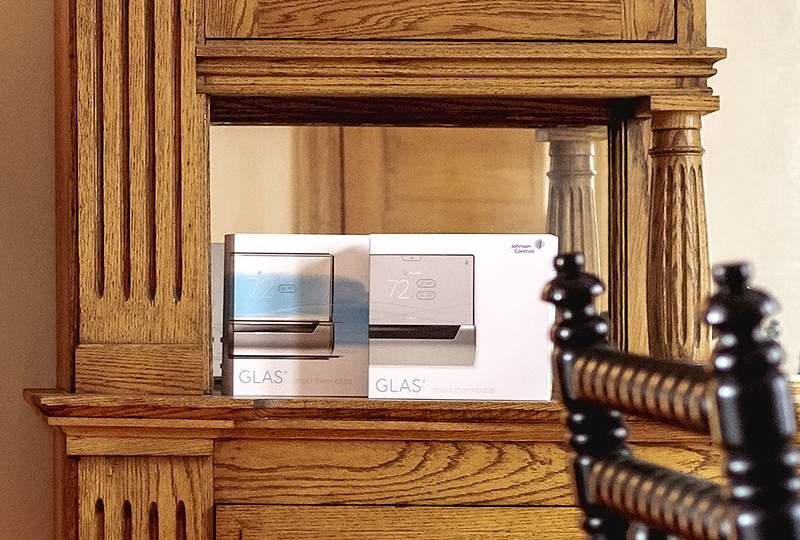 They have great style and they’re drawn to mid-century-modern pieces. (Isn’t their vintage dining set fantastic?) GLAS has a simple design with clean lines, and the translucent OLED touchscreen display lets the wall color behind show through so it blends in. The thermostat is in their dining room, mixing in with the art they’ve hung as a gallery wall. 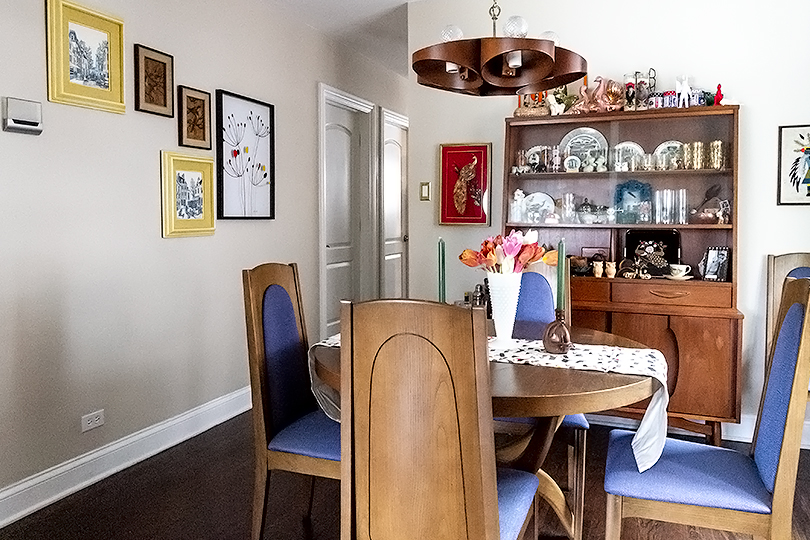 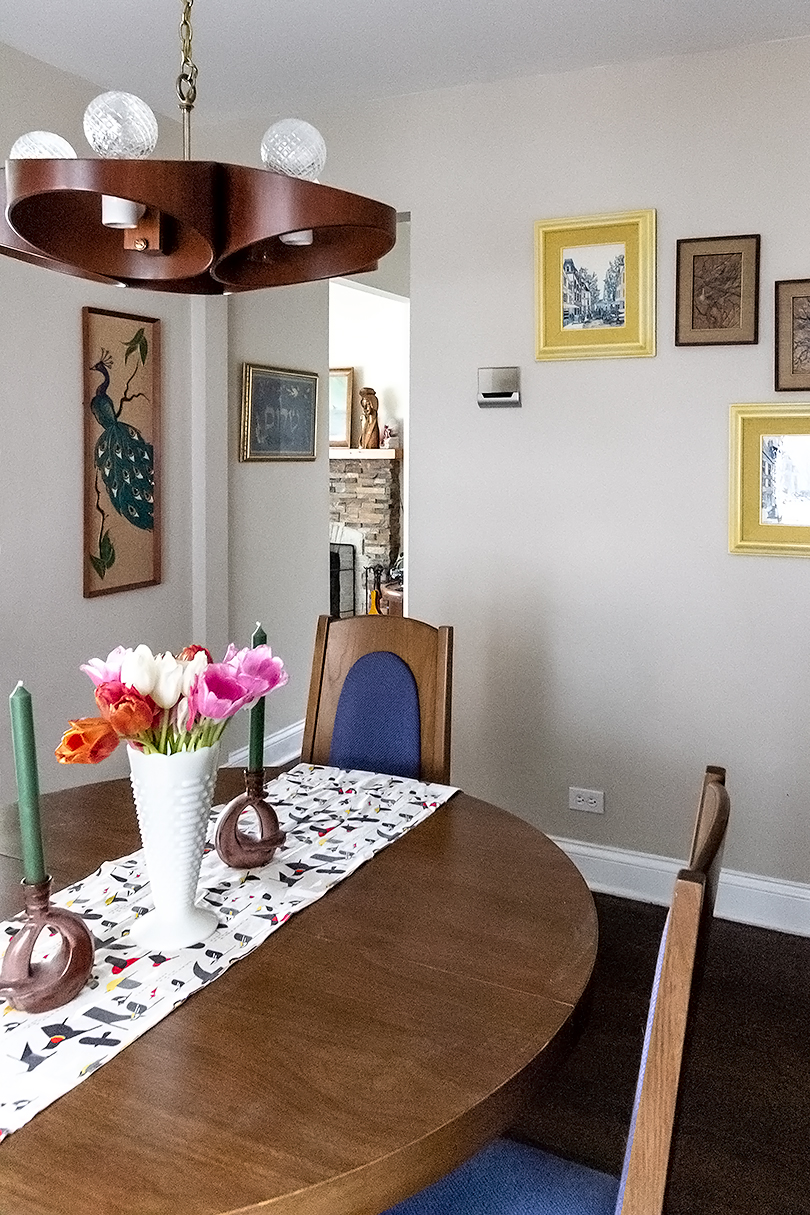 You can interact with GLAS’ touchscreen directly, control it by voice (works with Microsoft Cortana®, Amazon Alexa, or Google Assistant), or through its app. The thermostat also monitors air quality, showing you information for both outside the home and in. My friends each added the app to their phones, and one of the features they were most interested in was the ability to turn down their heating while they’re away. GLAS can even automatically adjust its settings and detect when a home is occupied or empty! They’re happy to add some energy-efficiency to the house and we were joking that it feels super fancy, but it really does. 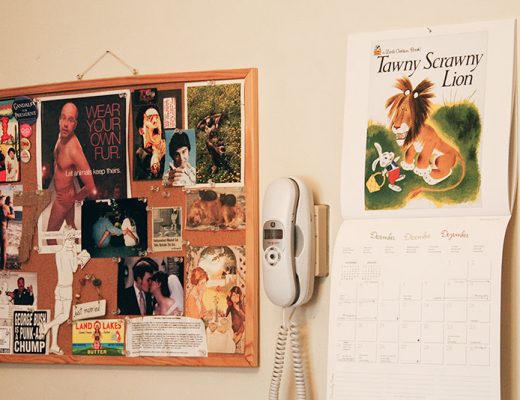 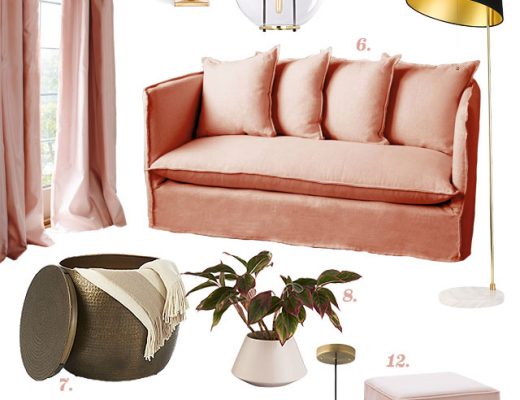 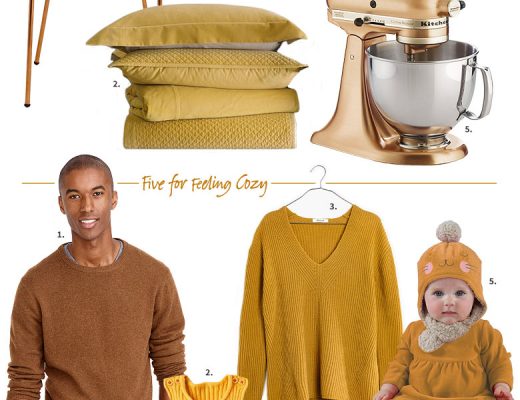