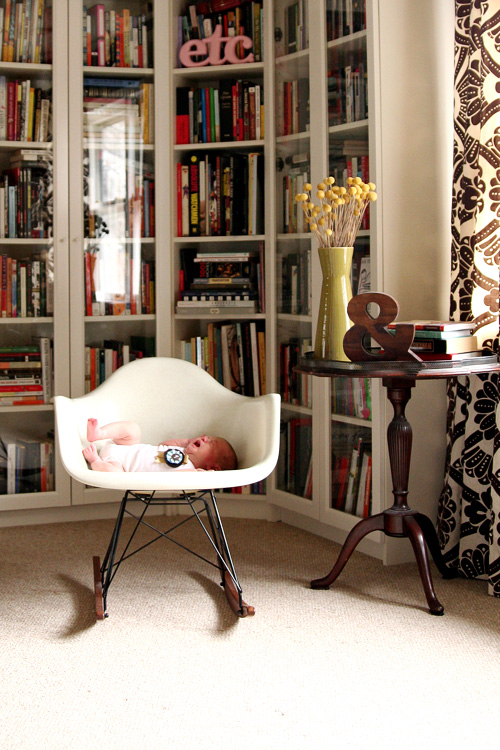 As you can see, I decided to take August’s photo in the library. Can you believe he’s one month old already? He weighs eleven and a half pounds now, and is already outgrowing his 0-3 month clothes. I wish he were happier for this, his first picture, but I was losing daylight (so no time to postpone our photo shoot). Oh well — I don’t mind having the occasional crying baby photo.

(I’ll be taking a photo of August sitting in the Eames rocker and wearing his pin each month until he’s two years old. I also take monthly photos of his sister, Eleanor.)

• View All of August’s Monthly Photos 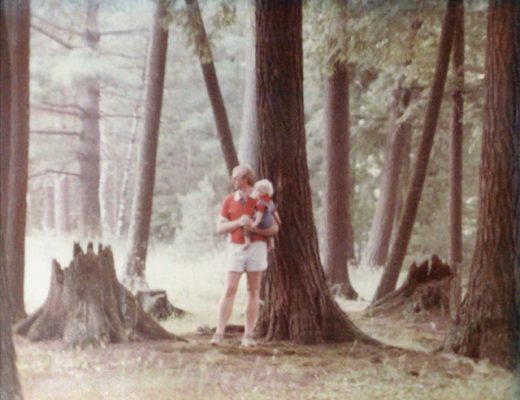 Summers, Past and Present 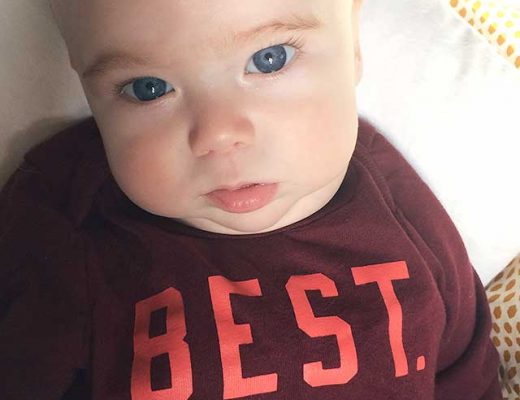