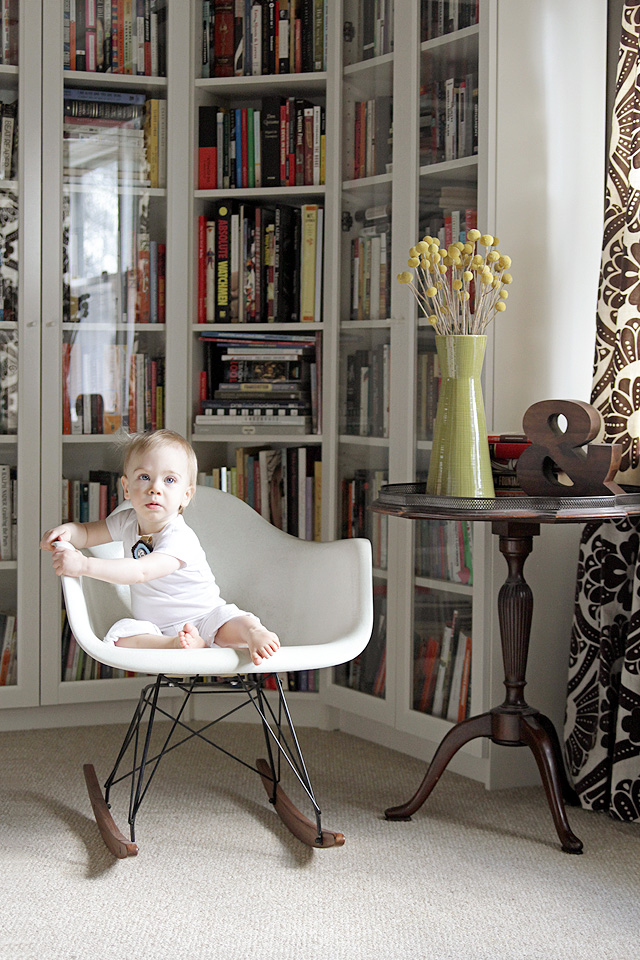 Eleanor and August each had a onesie on for their first year of photos, but with a new year comes a new outfit. Eleanor wore a white sweater dress for months 13-24, and August will be wearing a white tee and white linen pants that roll up to just below the knee. 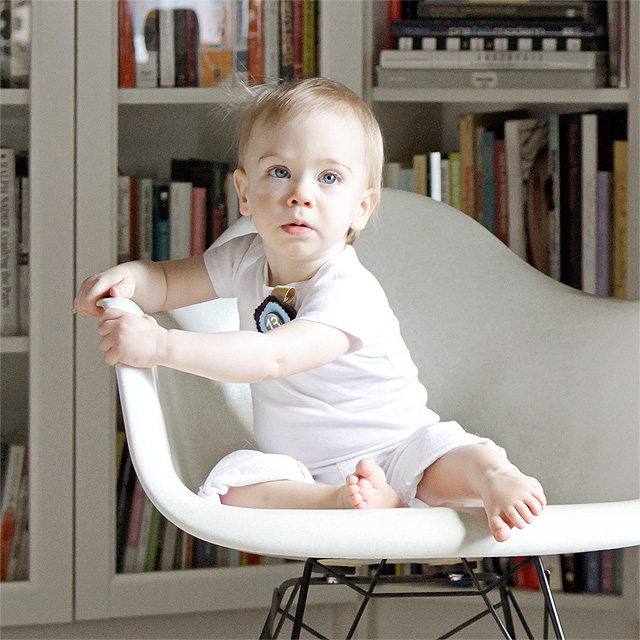 (I’ll be taking a photo of August sitting in the Eames rocker and wearing his pin each month until he’s two years old. I also took monthly photos of his older sister, Eleanor, until she turned two.) 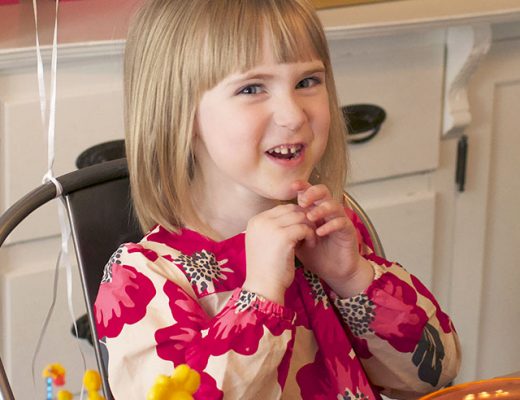 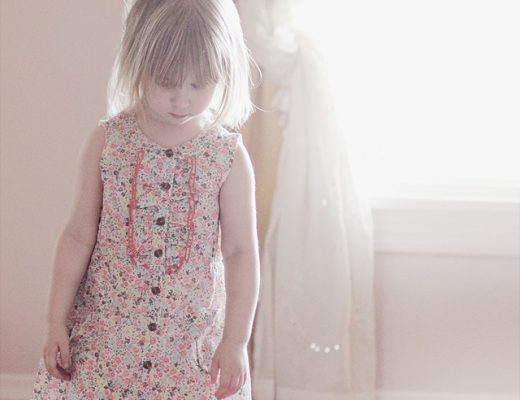 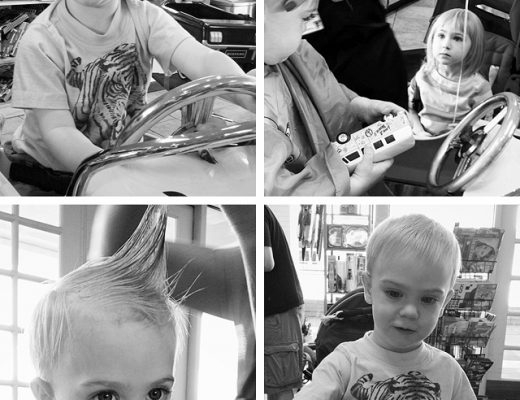