Have you seen the “things I’m afraid to tell you” meme going around? Well, here’s my take on it. I’ve mentioned my love of math before, but here is the full scope.

I’m smart. It’s not something that one brings up often, and especially not me. When I was a little girl, my father got annoyed with me one day because I had corrected something his friend said, and he told me to keep quiet and stop showing off. That offhand comment stuck with me and made me equate letting people see that I have a brain with bragging, so I hid my intellect.

But yes, I’m smart. Really smart. But I never wanted to be some kind of genius that can manipulate numbers and solve equations, no. I wanted to be well-read with excellent verbal skills. I wanted to be an author or a poet, or maybe an artist, but nothing that involved math. I was disappointed every time if my scores were higher on standardized tests in math instead of verbal, even when I did exceedingly well across the board. I was the geeky girl in high school that custom programmed my TI-89 graphing calculator to make vector-based art that was dependent on the variables you would enter into an equation I wrote… and I thought I didn’t like math. I know how to code and design websites (ahem) today because I’ve been coding since I was 13 for fun. I’m good at a wide variety of things (Jill of all trades, master of none), but foremost I’m mathy, and it took me a long time to accept that about myself.

I got a little lost in these fun videos by Vi Hart the other night. If you are at all curious about what it’s like to be inside my brain, the frenetic pace and mathematical tangents in the video below are a good start to understanding my thought processes. I especially enjoyed the little aside in the video about the parallels between art and math, and the cute take on calculus leaping from algebra’s limitations. It took calculus to make me really fall in love with math. (Everything leads up to it and culminates and is beautiful.)

My mom recently went back to school for her teaching certificate. As part of her studies, she had been looking into the varying degrees of giftedness in children that weren’t as well defined when I was in elementary school, so we’ve been talking about how schools treat gifted kids and I’ve been thinking about my experiences in the classroom lately. I was a model student when I was young. I skipped ahead in subjects to move up to the next grade level, and even then it was all too easy. But then something happened when I hit junior high, and I became a terrible student. I don’t think anything changed in me, but rather the teaching methods and expectations were different.

I would do my homework and then leave it in my locker, forgetting to bring it with me to turn it in, but then I’d ace every test and make up for it. I figured the work wasn’t as important as the mastery of the subject; my teachers did not see it that way. I failed a semester of English AP in my junior year and had to make it up my senior year in a remedial class where the teacher referred to me as “La Femme Nikita” (inappropriate!) and we read books written for fourth graders. I made it through my senior English AP class because my essays were weighed heavily and they saved my overall grade. I missed weeks of school due to an illness one year, and missed all of trigonometry, so I bought a book and taught it to myself when I later needed it to progress on in other math disciplines.

I only have an A.A. from a community college. It’s an accomplishment, and one that I should be proud of, but I’m embarrassed because I feel like I never fulfilled my potential. I had partial scholarship offers from Ivy League schools, based on my PSAT scores, but I never would have been accepted due to my low GPA. I wanted to go to Reed, but we couldn’t afford it and my parents were convinced I would flunk out of college anyway, so I was encouraged to not bother. I floundered in community college at first (I hated it and resented being there), and it took me years of going to school off and on (while working full-time at the bookstore where I met Brandon) to get my two-year degree. It was easy to ace my classes once I’d finally decided to and I would have continued on to architecture school, but I wasn’t accepted into the college of my choice (low high school grades, remember), so I gave up and started my my stationery shop instead.

I was feeling a bit down on myself recently while thinking about all of this. Had I been able to make my grades reflect my intellect, I could have gone to any school I wanted, been anything I wanted to be. I love that I’ve been able to create this job for myself, this funny “professional blogger” gig that I never could have predicted or aimed for, but it’s not like it pays that well and it would be nice to not have to worry about money, especially right now.

Still, I don’t think I could have made myself behave any differently. I am inherently the absent-minded professor; the classic INTP, with a dash of creativity thrown in for good measure. I’ve been that way for as long as I can remember, but I know how to make it work for myself now. 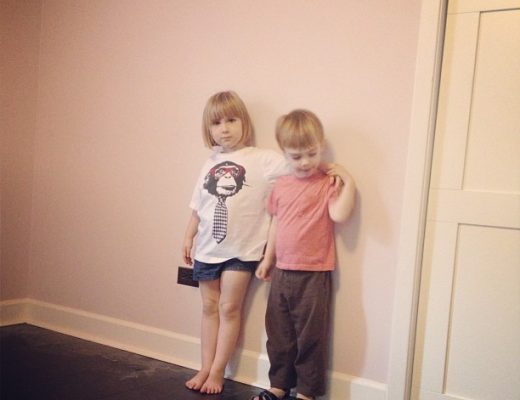 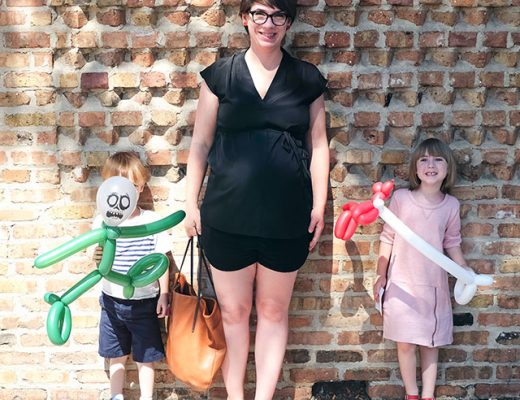