This was another strong contender in our house hunt. It’s not far from The Crazy House (which we are still intrigued by). When Brandon and I talked about looking for a new home, we thought that we would look for something dated. This is “a grandma house,” as our agent refers to it. You know the type — houses that have been in a family for years and that are structurally sound, but that need a new owner who is willing to put in the effort to update everything. 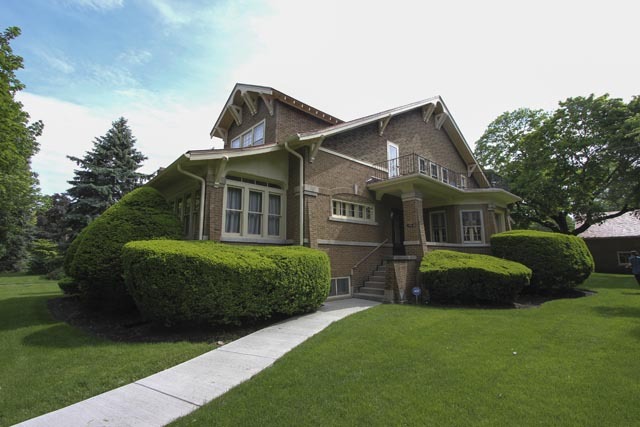 The home has a small entryway. A large living room is to the left with a sunroom off of it, and the dining room is to the right. There is hardwood beneath all of the carpet throughout the house that appears to be in good condition. 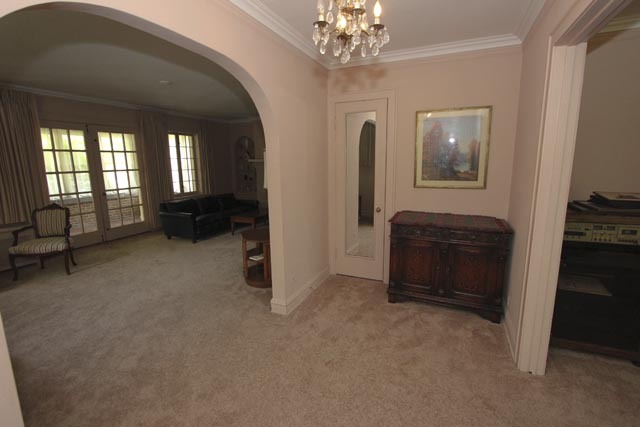 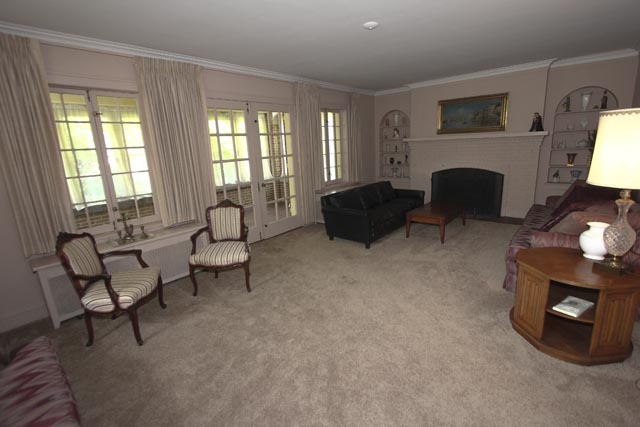 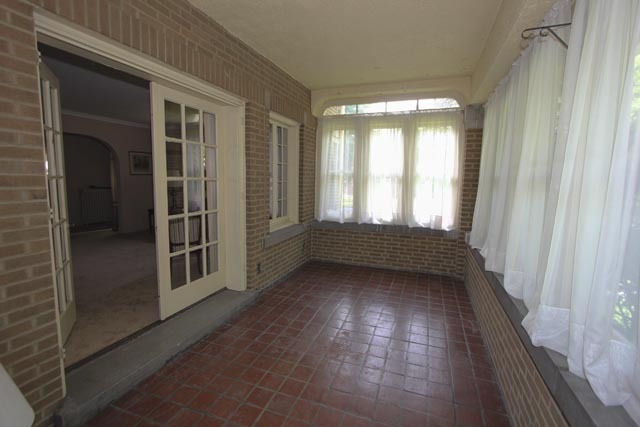 The dining room has a separate sitting area a few steps up in a little alcove. The home’s original red tiles (the same ones found in the sunroom) are under the carpet in that section. 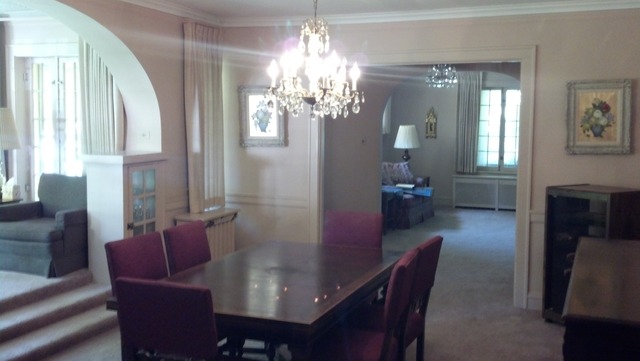 There was a small, dark paneled kitchen that could stand to be completely redone. It’s adjacent to a narrow family room though, and it would be easy to open up the blank wall between the two for one larger space. 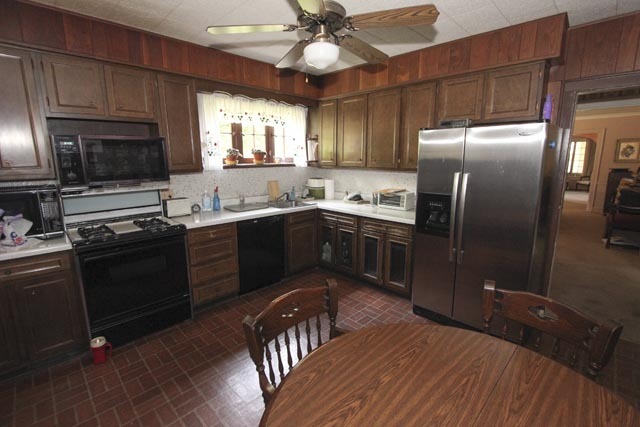 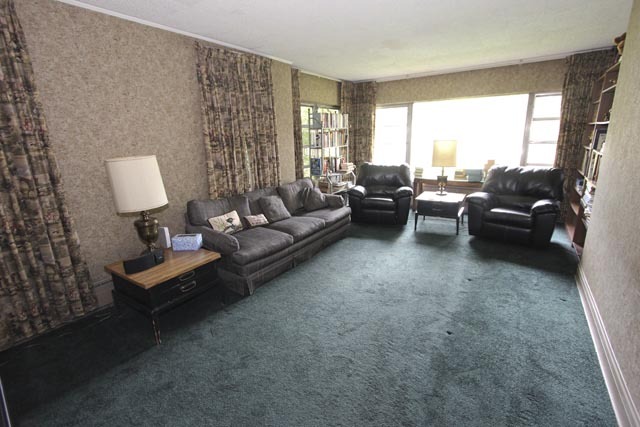 There was one bedroom tucked away toward the back of the house on the first floor, which I would have used as my office. 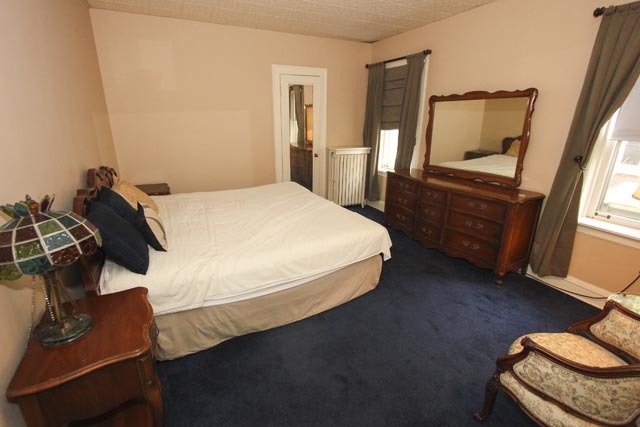 Upstairs, there are four bedrooms and two full bathrooms. Shag carpeting and wallpaper abound, but again, there is hardwood flooring beneath, the rooms will strip and clean up well, and they were spacious. 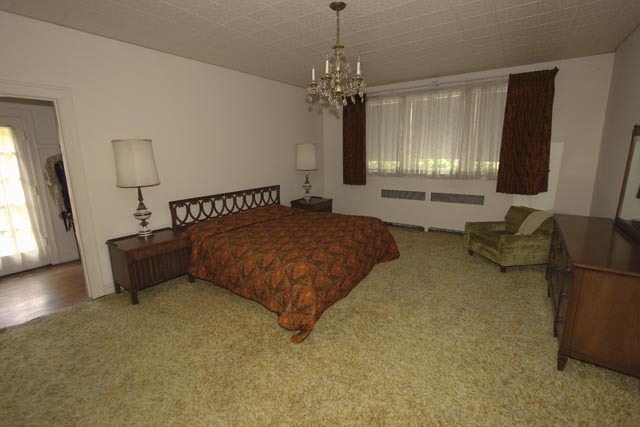 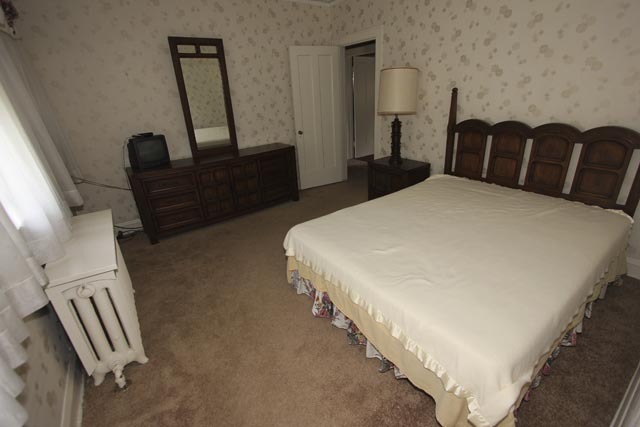 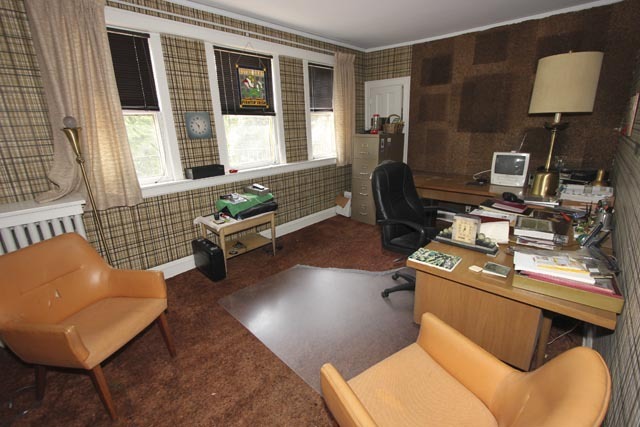 I mean, this could have been my bathroom. I would have made this work. 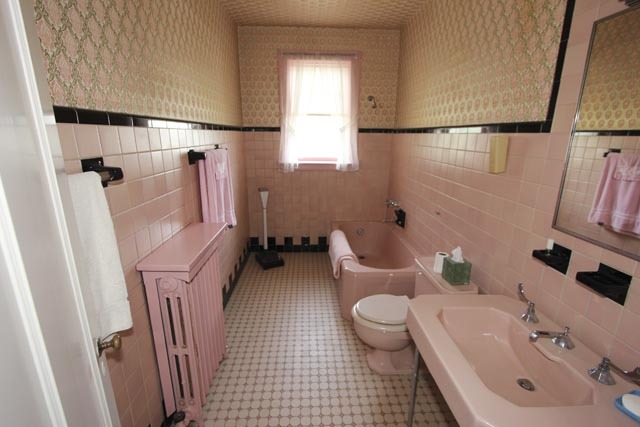 Ultimately though, it was toward the top of our budget, it needed some upgrades beyond the cosmetic stuff, and there was just too much space for us. The ceilings in the basement were at least eight feet high, and that space alone felt like a whole other house. 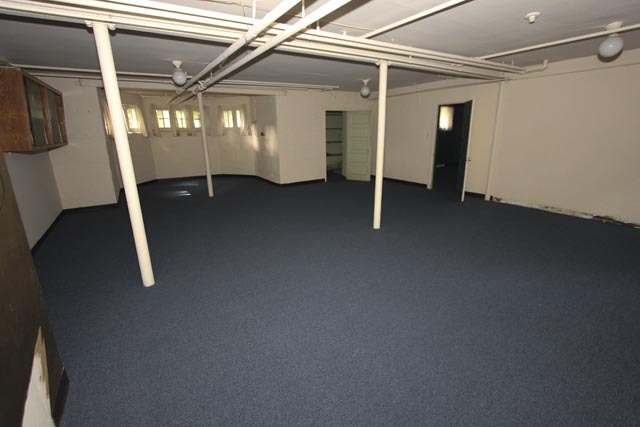 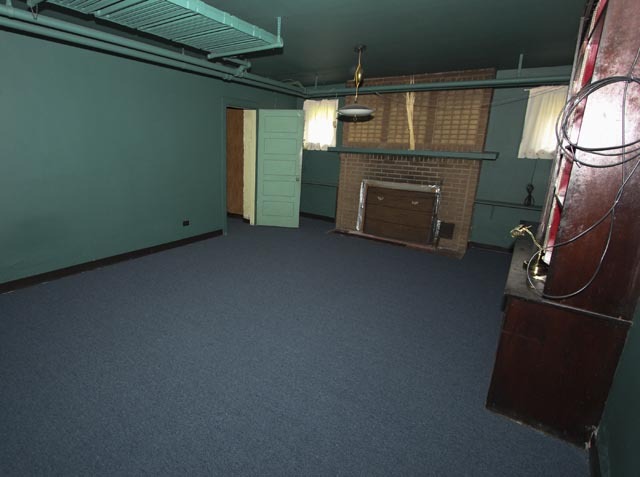 We may want to expand our family in the future, but this home felt too big for a family of four, or even five. I hear that the previous owners had eight children. 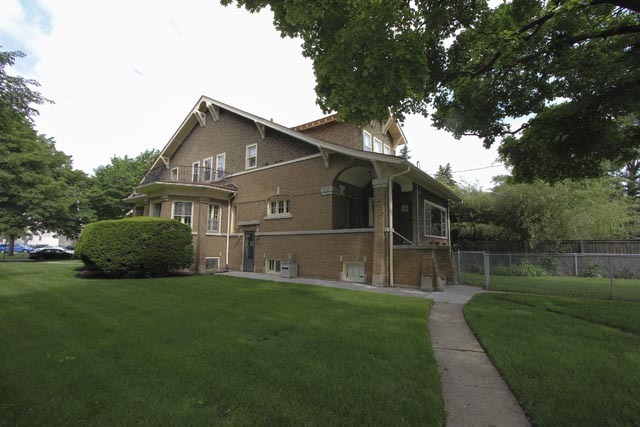 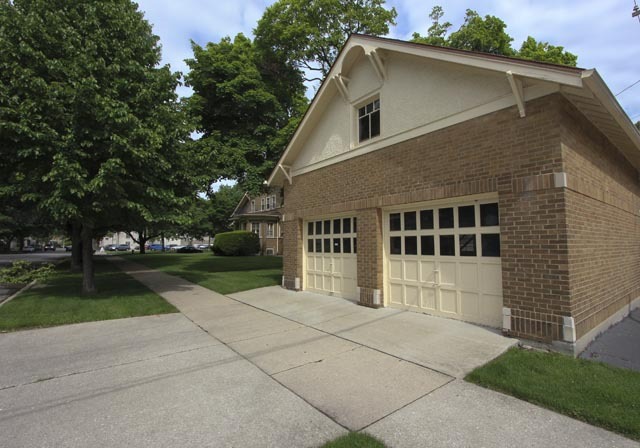 The next house I share with you will be the one that we actually bought. Because yes, we bought a house! I’m on my way to the inspection later today, and then there are a few other hoops to jump through, but I can’t wait to share it with you. We’re so excited.