Brandon is into movies and games. Like, really into them. His collection was huge when we first started dating thirteen or so years ago, and it has continued to grow each year since.

In our apartment way back when, we had four low Billy bookshelves with doors to house everything. 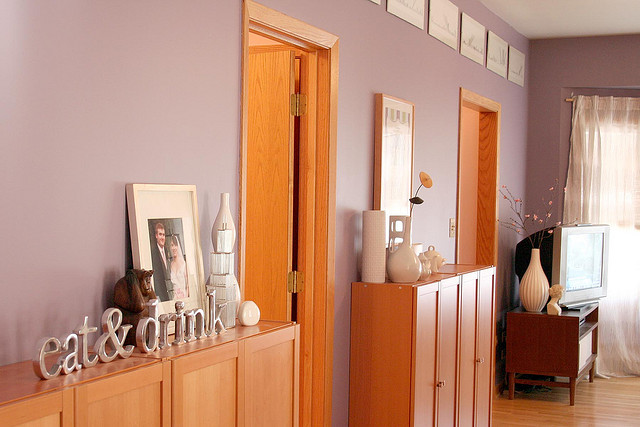 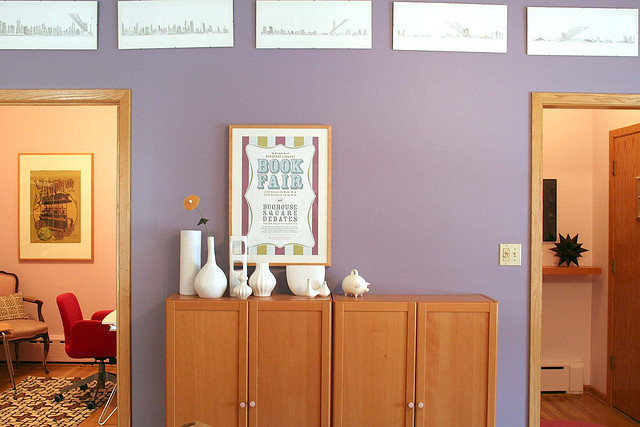 The doors limited the shelving placement inside, but they looked nice and we still had enough room for everything.

In the last house, we had three 6-drawer Hopen dressers lined up in Brandon’s office. We bolted them together to keep them aligned, then built them into the room by removing a portion of the base shoe and attaching them in back to a 2×4 that was secured to the studs. So yeah, those conveyed with that house. 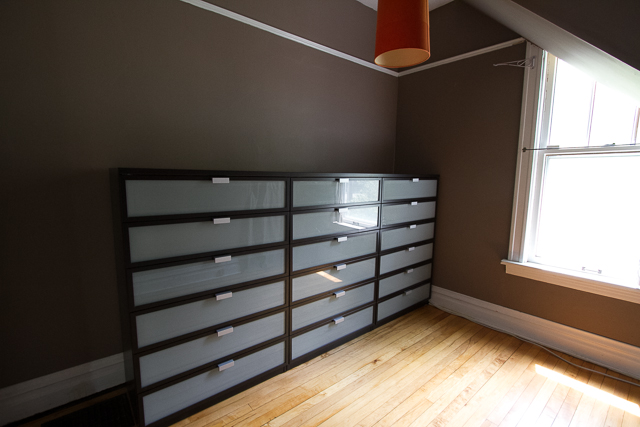 How I long to have everything put away in this new home! We would be so much more settled here, if it weren’t for the boxes upon boxes of books, movies, music, and games. The books get a pass, because we’re planning to add built-in shelves to the house and don’t want to buy temporary bookshelves that we won’t need for more than a few months. The rest of the media though? Time to get on that.

I liked using dressers because it condensed everything into a smaller footprint, but Brandon prefers shelves. It would have been great to be able to fit all of his media in the same room as the TV (a room on the second floor, off of our bedroom), but there wasn’t a good way to add as many bookshelves to the space as we’d need. Three doorways, two windows, and a large radiator took up a lot of the layout, and the one long, blank wall was best suited to the TV itself. There’s a room on the third floor that works well though, in the finished attic. It’s an awkward space, but three low Billy bookshelves lined up along a low wall utilized one half well, and there was just enough room for two tall bookcases next to the door. 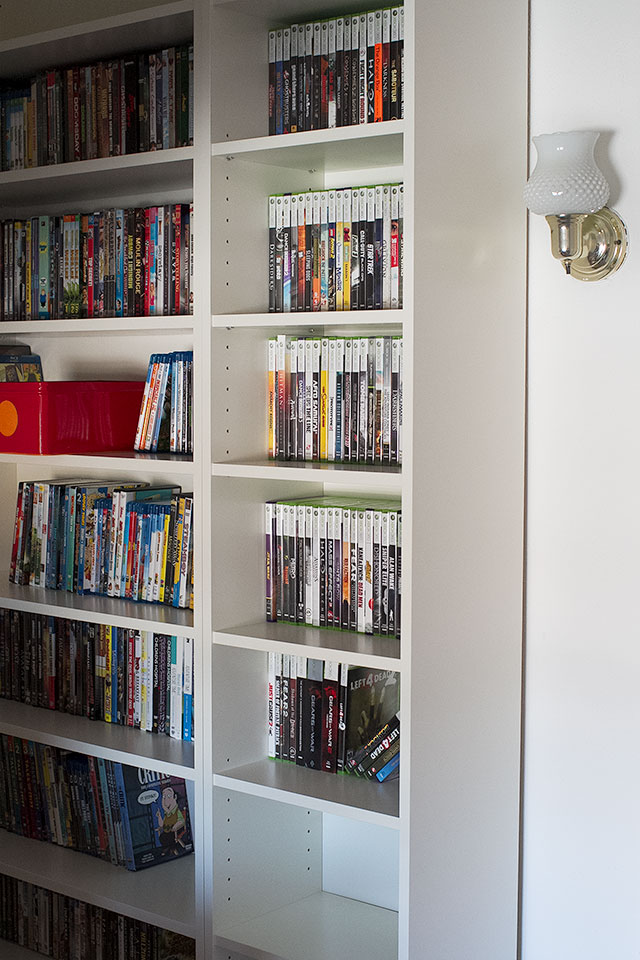 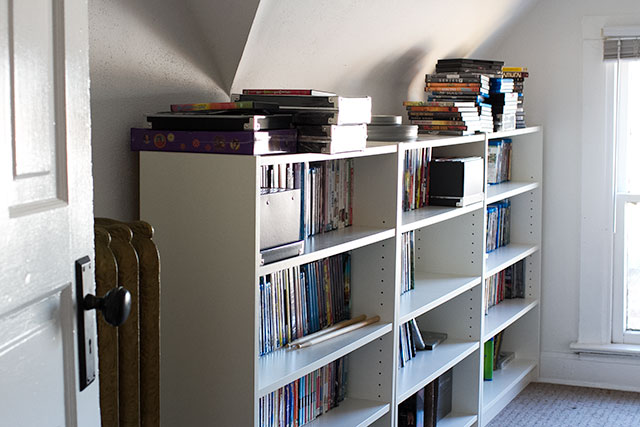 I bought and assembled the shelves, but the organization has to be left to Brandon. (I think I must have enough movies to fill about two shelves, but I’d be fine with keeping my top 5 or so and getting rid of the rest.) I’d love to get this little room looking great, and I think there may be space for a desk and a comfy chair in there, but that will have to wait until it’s free of boxes. 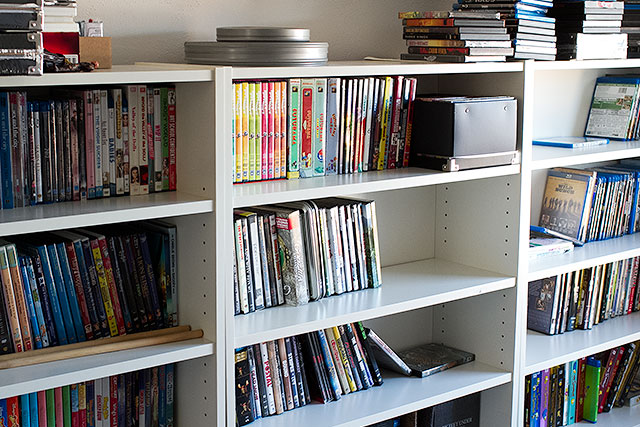 Getting organized after a move is super fun, amIright!? 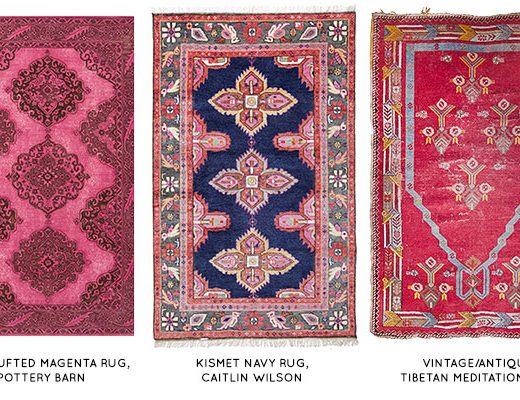 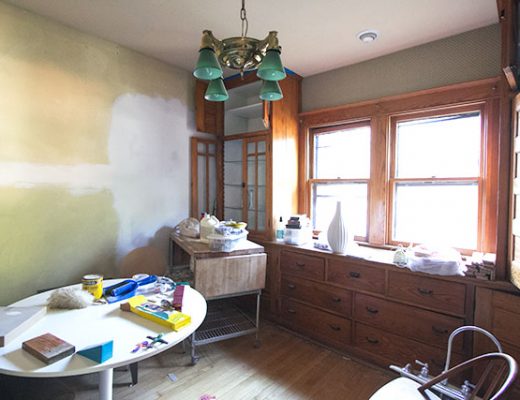 The Nursery, After Construction 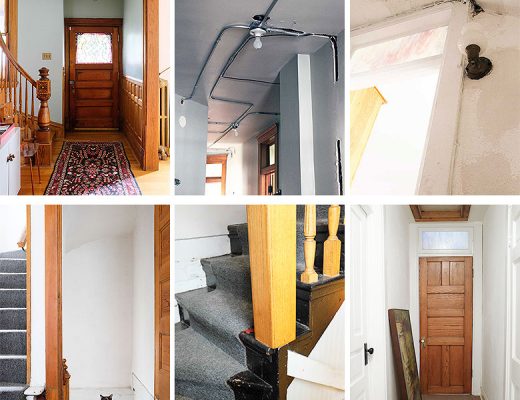 One Room Challenge: Week 1 (the Before Shots)