My OBGYN wasn’t worried about my traveling to Europe while pregnant, but he expressed some concern about Morocco. “Don’t eat anything that isn’t cooked,” he warned me. “No salads, no fruit. And no juice.” I got a few vaccinations and agreed to be careful about what I ate. My friend’s husband said that when he went there with an old girlfriend years ago, the men hissed at her and jeered because she didn’t cover her head and body, and I was told to bring a scarf and dress conservatively. Brandon and my family were primarily concerned about my safety. Me? I was excited! I was about to take a trip to two countries on two different continents! 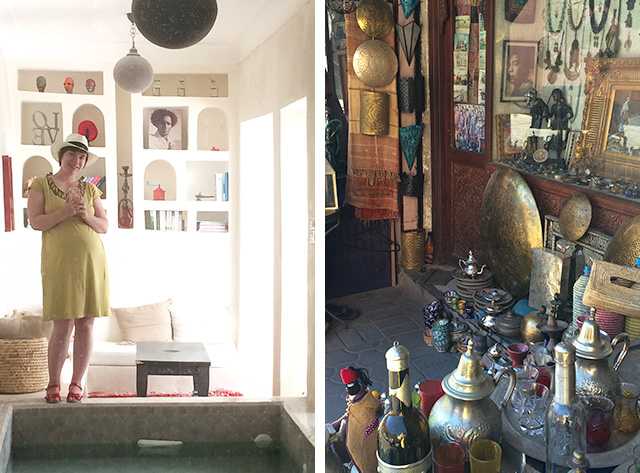 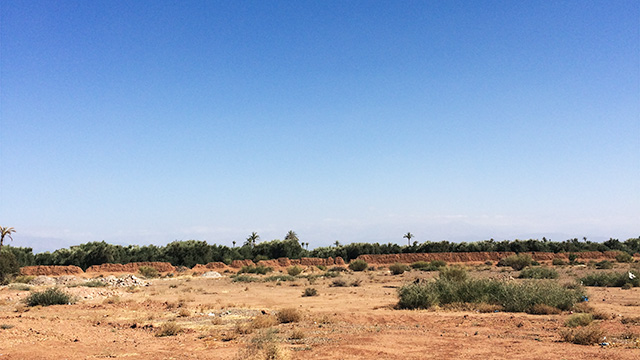 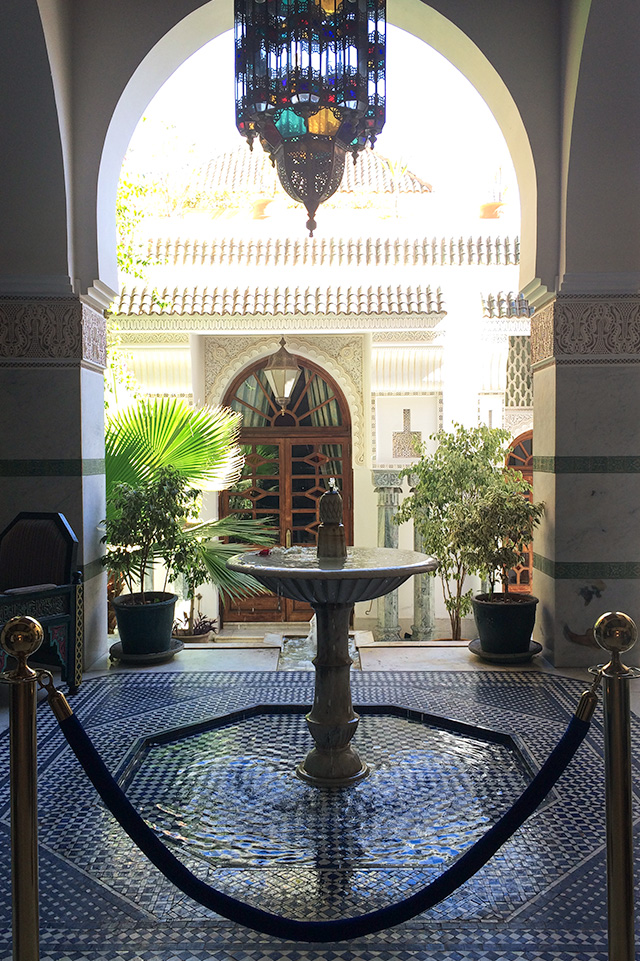 After a week exploring France, it came time to leave. Train delays got Jordan and I to the airport late though, and we had to scramble to try and catch our flight. I was six months pregnant at that point, and slow. I told Jordan to run ahead of me, and she did, reluctantly. She thought that maybe she could make it to the gate and explain that I was on my way. The problem came from my having to check a suitcase though — hers was a carry-on. The plane was delayed, but I was still denied boarding because I missed the baggage check-in time. We were to meet up with friends, Alison and Valerie, to travel on as a group of four, and Jordan found them at the gate but offered to stay behind with me. There were frantic texts, phone calls, and a few tears shed by both of us, but I told her not to worry — we shouldn’t both miss our flights if we don’t have to. I travel by myself more often than not, so I figured I would find a cheap place to stay near the airport for the night and pay the €80 fee to transfer my ticket to the next available flight in the morning. I went from staying in a four star hotel one night to a hostel the next, but it was cheap and clean, and I made my flight the next morning.

So I finally arrived in Marrakech. I did all right traveling by myself with my English/French combo, and there was a driver waiting for me in the airport. He took me to a sort of open square near our riad, but the streets were too narrow to actually drive right up to it. I grabbed my suitcase, and the driver walked with me for the last couple of blocks where I met up with everybody, safe and sound. We stayed at Riad Medina, c/o airbnb, and while we could hear the calls to prayer throughout the day (they echo throughout the city), it was otherwise quiet. A beautiful, peaceful, and private oasis. 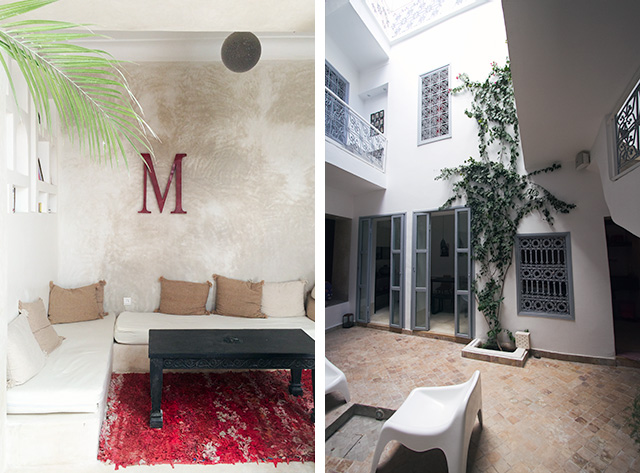 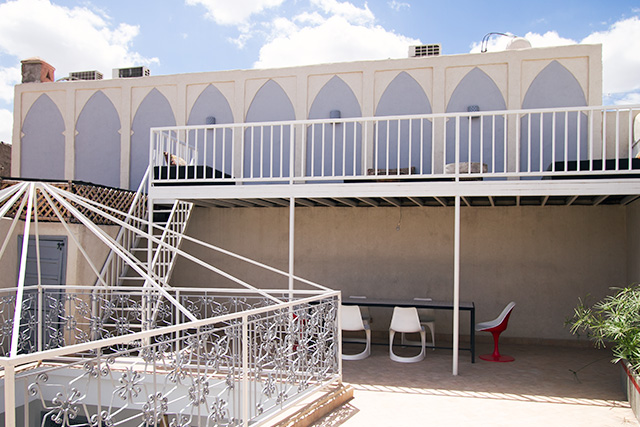 When I’m pregnant, I feel best if I keep a little something in my stomach instead of going too long between meals. Of course, what is there to eat when I get there? Fruit. Salad. Juice. Sorry, doc, I tried my best but sometimes I didn’t have much of a choice. And as for the advice about wearing a scarf and dressing conservatively? Nah. I wouldn’t go out scandalously underdressed or anything, but have you seen the four of us? We were fine… though Valerie did get her butt grabbed. More than once. And everywhere I went, I was greeted with “baby! A baby! Boy or girl!? You need ____ for the baby? You need ____ for baby!” Even with some strange attention from the men though, aside from leaving my expensive camera gear behind (because petty theft does happen), we never felt unsafe.

You can hire a male guide to walk with you, and it’s often recommended that you do. It’s very easy to get lost, and many people also feel more comfortable with help. The others hired a guide for the first day (the day I missed), but realized that he was taking them to more expensive shops and restaurants in exchange for kickbacks and they decided to brave the city on their own after that. I have no sense of direction, but Alison has a truly amazing ability to navigate through unfamiliar areas without losing her way — even in the twisty streets of the souk. We were confident with her by our sides. There were stray cats everywhere. Donkeys are common, and motorbikes whizz by constantly, often with multiple people piled on. 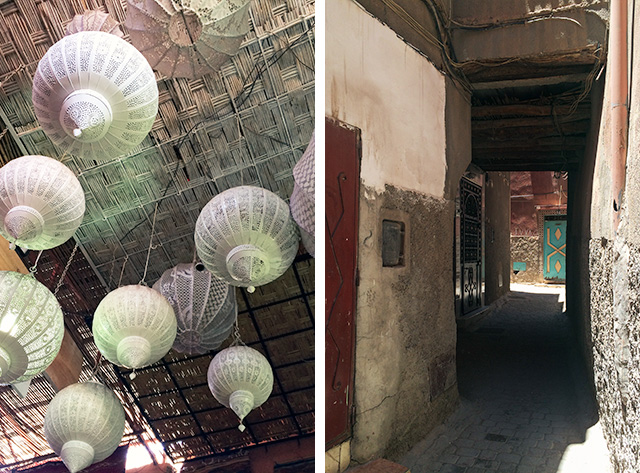 We spent one afternoon visiting Maryam, of Peacock Pavilions. The grounds are beautiful and her design work is inspiring. More importantly though, she’s doing good work in the village of Douar Ladaam through Project Soar, especially for the girls of the community. 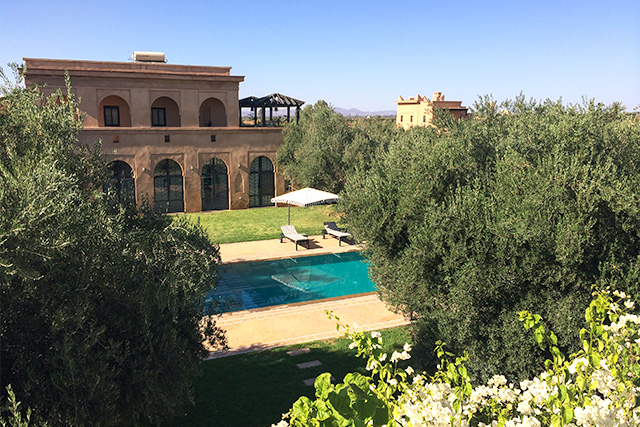 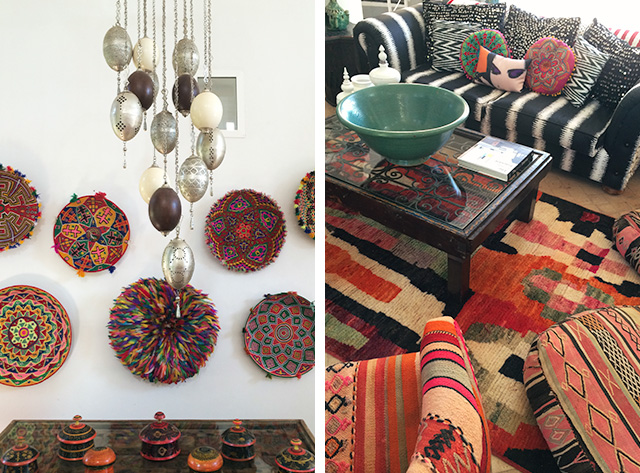 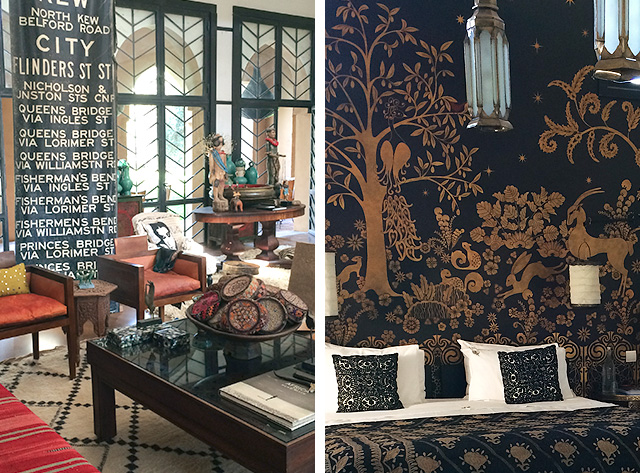 Our trip was a quick one, and we spent much of the rest of our time there in the souks. Shopping in Morocco meant haggling. If something is inexpensive (and so much of it is), feel free to just pay the asking price. When buying pricier items though, like vintage Beni Ourain rugs or Handira (wedding blankets), you’ll be haggling. I wrote about our different approaches to negotiating at the souk, and in the end we all got about the same deal. It’s not a fast process either. The sellers are friendly and will offer you water or mint tea in hospitality, and then you are in for a bit of a time commitment! We loved it because we were into the shopping experience, but if it isn’t for you, decline those offers. 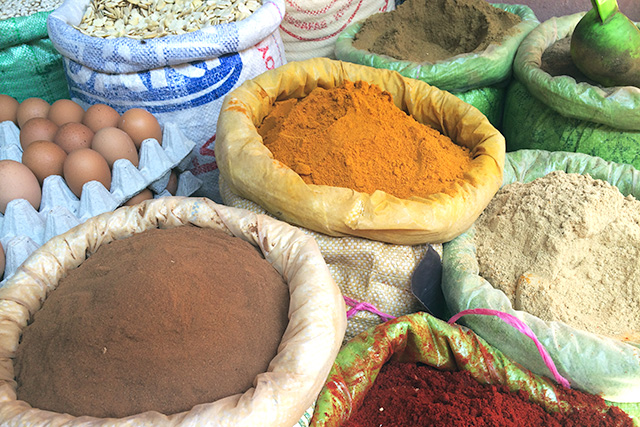 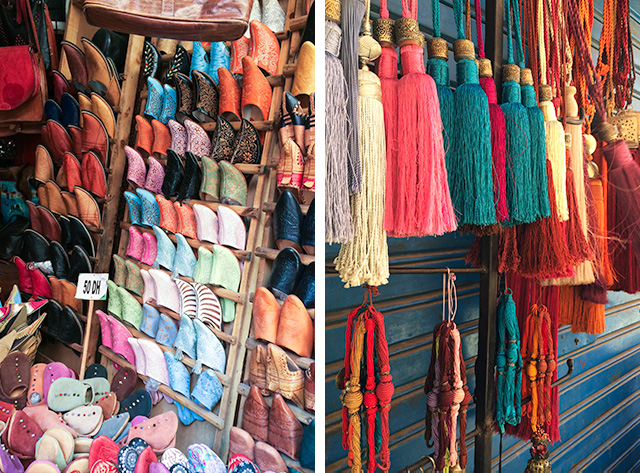 Shopping in Marrakech also required a certain level of trust. After spending hours looking at rugs and selecting just the right ones, it came time to pay. Everyone else’s purchases went smoothly, but even though I had notified my credit card company in advance, they flagged the attempted transaction as fraudulent. There was a cap on ATM withdrawals, so I couldn’t take out enough to pay in cash. Since three out of four of us had paid for our goods, the seller offered to let us all take our rugs with us (which he had bundled and wrapped for transport). He also kindly offered to escort us back to our riad, as we had too much to carry ourselves. 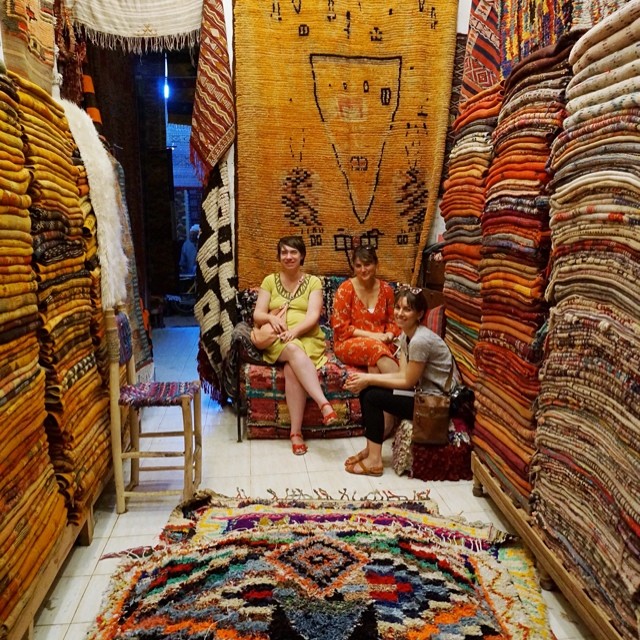 My bedroom was on the first floor, and everyone else was upstairs. It was considerate because it meant less stair-climbing for me while uncomfortably pregnant, but of course I had anxiety about people coming after us to collect on my debts. “We’re four ladies, by ourselves! We owe this guy money, and we’re essentially telling him where we live! And what if it’s not the friendly young seller who comes looking for his money, but someone scarier? It’s a riad — there’s no hotel security! We’re going to diieeeeee!” OK, so I may not have gotten that dramatic — but I was worried. Everyone else was fine with the idea, so I went along; as anxious as I was, I also knew I was being a little stupid. We were fine, I cleared everything up with my credit card the next day, and I paid for my two rugs. 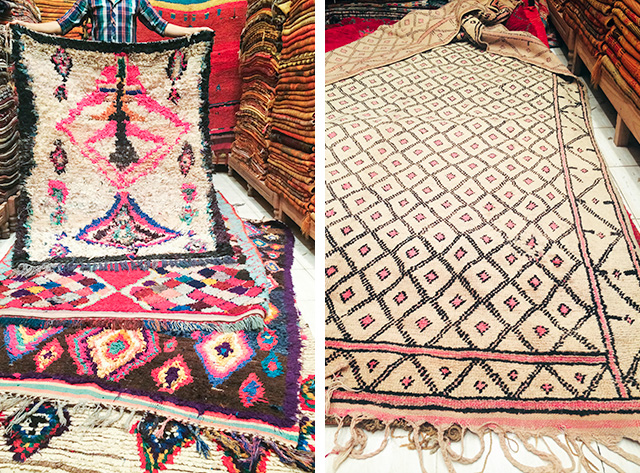 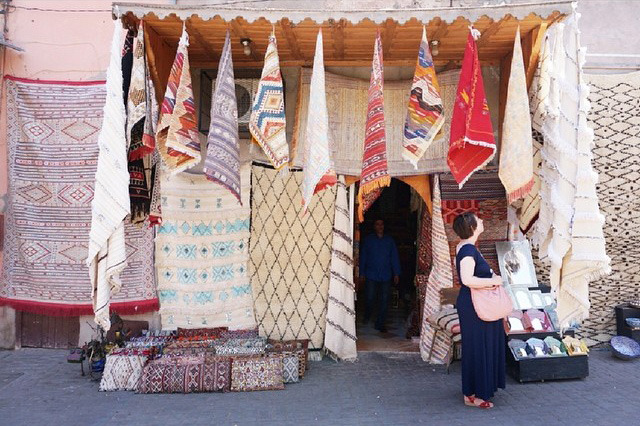 We explored the souks again on our final day, finding the guys that work with all of the big names and stores you know (*ahem, ABC Home*). They have a space in the bustling main area, but also a quiet gallery not far from the souks that was fantastic and filled with so many beautiful things. I bought a blanket and a small pillow fashioned from an old wedding blanket. And exactly how did we get all of these treasures home, you may be wondering? Jordan picked up several rugs, so she had them shipped back to the states. The rest of us either shoved things in our suitcases or checked them at the airport as you would extra luggage. The sellers can bundle up rugs in plastic sheeting and twine so that it’s actually pretty manageable. 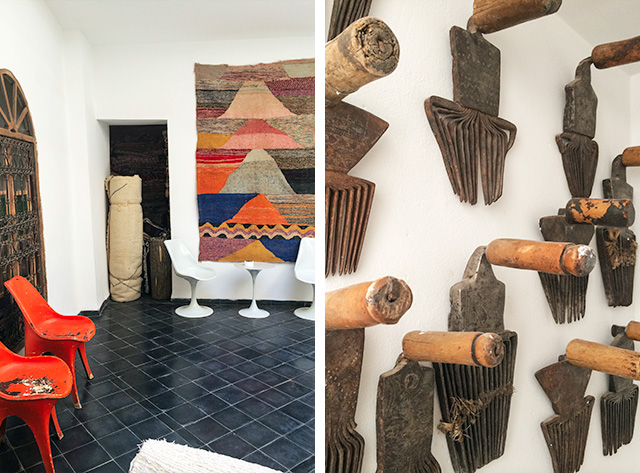 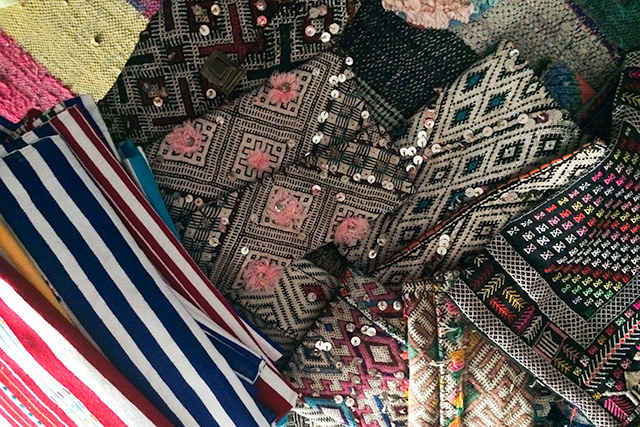 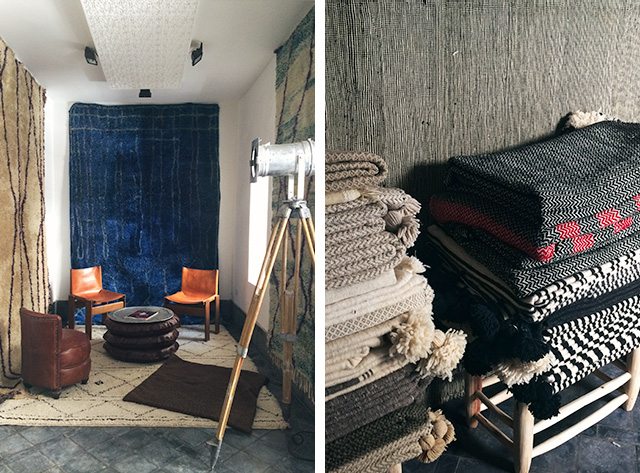 So that was Marrakech. Amazing. And then we went to Paris where we had dinner and went for a walk the first night we arrived, and then spent the rest of our time in bed feeling very sick because we all got food poisoning in Morocco, the end. It was kind of funny? 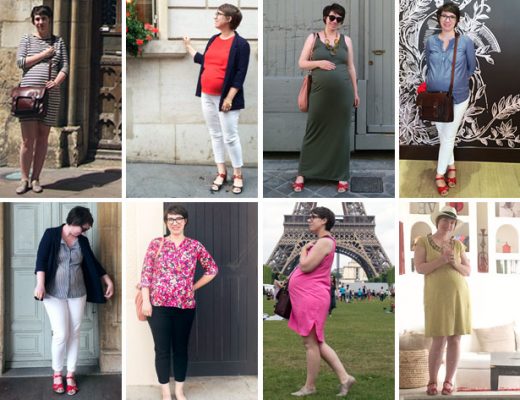 What to Wear When Pregnant and Traveling 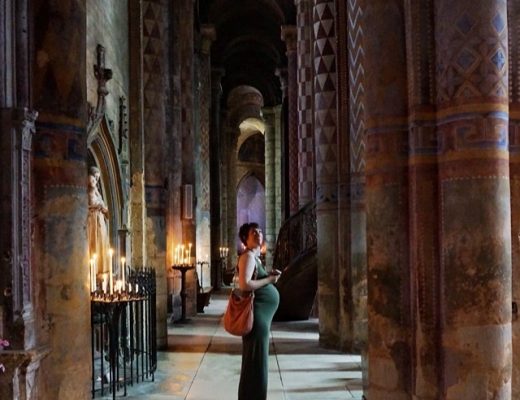 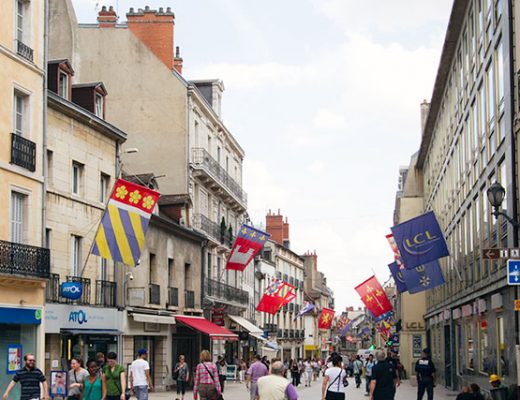